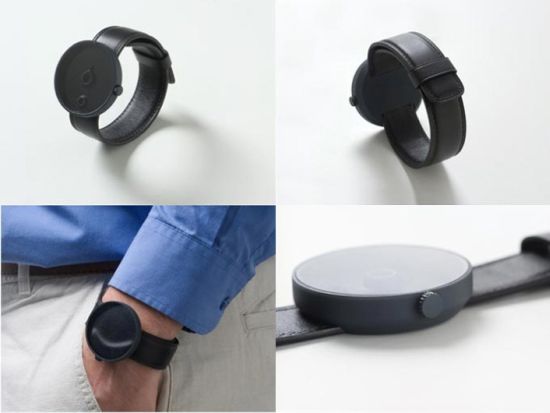 Replacing the numbers for words, the “Ferrowatch” by designer Karim Zaouai is a revolutionary timepiece that employs a magnetically sensitive liquid named “Ferrofluid” squeezed in underneath the glass face to tell the time. Telling the time in an unusual manner, the wristwatch adds fluid, using a magnetic charge, in different positions within to depict hours and minutes on its dial. To quote Karim,

The watch runs with ferrofluid, a very sensitive magnetic liquid. The hidden needles reflect the shape of the gears. They are a tribute to mechanical watches. The time, fickle and liquid freezes in space when tilting the wrist thanks to magnetism internal housing.