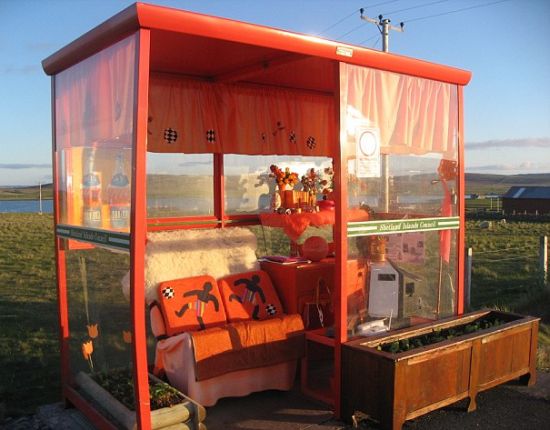 As group stages are picking up momentum at the FIFA World Cup 2010, the football frenzy is sweeping the passionate fans all over the world. And the burning example is the luxurious bus stop near Baltasound in Unst, which includes a TV, sofa, phone and football-themed cushions, paying homage to the World Cup, to rest visitors in comfort. The luxury bus stop also features an Amstrad computer and a microwave, but unfortunately for decorative purposes only, as there is no electricity in the shelter. However, the fairy lights powered by a generator give it a festive glow during the annual Golden Jubilee in winters for the shelter is filled with Earl Grey tea and cucumber sandwiches.

Over the period, the bus stop has become one of the biggest tourist hot spots in the northernmost of the Scottish Shetland Island. For the bus shelter now has its own visitor’s books, website and Facebook page. Without electricity, there isn’t much use for the electronics in there. It would have been great if the community spend for a couple of solar panels or a small wind turbine to allow people watch the football matches in the bus stop. 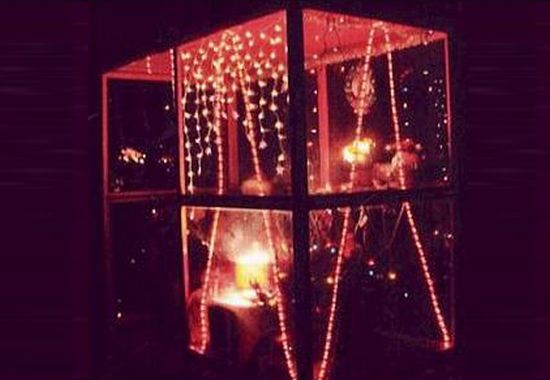 An iPad Cradle complete with a Sync...

The angular Cuvert Sofa from Cor