Home Uncategorized Folded Leaf Phone by Huawei combines Functionality and Style like no other!
Uncategorized

Folded Leaf Phone by Huawei combines Functionality and Style like no other! 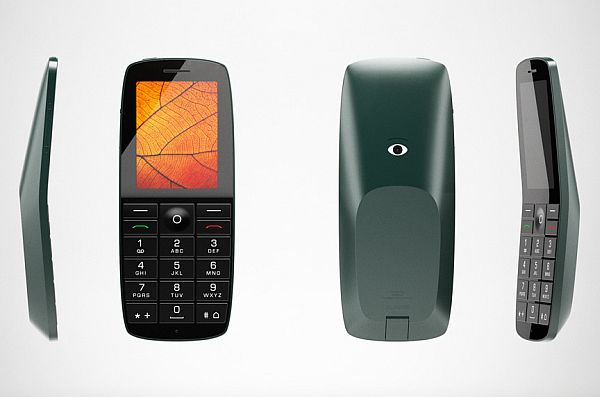 Mobile phones are no longer simple communication devices. The “smart phones” of today do a lot more. Every day new technologies are emerging and more and more applications are being added to the humble mobile phone. The hot trend of today, can be obsolete tomorrow. At such a juncture Huawei’s all new Folded Leaf Phone plans on doing something radically different- it plans to let the phone be a phone again!

Huawei approached Claesson Koivisto Rune , the Swedish architechture and design studio, to design their new phone. The choice of designer seems to be prompted by the fact that since Claesson Koivisto Rune are also into architecture and furniture design, they would have a fresh take on the subject. They would not approach this opportunity like any other experienced mobile phone designer.

The designers found their inspiration in Nature. The phone, as the name suggests, looks like a folded leaf with a gentle curve. This design is not simply unique; it also puts the priorities of the user first. This design combines the design of classic old mobile phones, which were a little cumbersome, with the design of the latest flip-phone models. The Folded Leaf phone has a gentle fold in its body, which makes it extremely easy to grip. It has a very comfortable ear to chin angle, and an optimal angle between the mic and the speaker. These features make it very user-friendly.

The designers worked on restoring the focus on communication, because that is what phones are primarily meant to do. Sadly though, for the majority of mobile phone producers, the focus is on packing together more and more applications to make them sell. This makes them forget that communication is the major focus and user convenience must be considered while designing a mobile phone.

Another major issue is the recent trend of making mobiles as small and sleek as possible. Well, obviously no one really wants to carry a cumbersome bulky object everywhere, but some mobile phones have become so small that one would need super-small fingers to operate them. The Folded Leaf Phone has been carefully designed to provide optimum satisfaction to its user. The Folded Leaf Phone does not have a uniform thickness; the top half of the phone is sleeker.

This phone can be placed on the desk without any difficulty; the curve poses no problem at all. If kept in an upside down manner, the curve of the phone does not allow the screen to come in contact with the surface and therefore prevents scratching. The designers have added a final funny touch to this Folded Leaf Phone, the camera behind the phone looks like the human eye. This feature brings a smile to one’s face and is definitely “eye-catching”, and at times the designers of the phone even refer to it as the ‘eye-phone’.

Folded Leaf Phone by Huawei combines Functionality and Style like no other! was last modified: August 5th, 2012 by admin

SAAB Spyker 9+ Tribute is as pleasant...

Lightningbug phone to enlighten your chatter

The Solar Wave Pavilion for a Greener...