The smart phone industry will now be spreading into microprocessor design from its earlier vertical integration. This move has led to a negative reaction from people toward Intel. 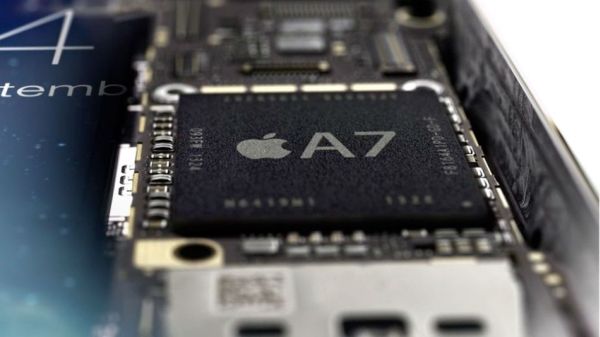 The market share for the mobile chip had seen a 20% increase in past twelve months, the launch of the Apple iPhone 5S involved a lot of technological trends that will subvert many investment suppositions. This will affect how people choose to invest in the mobile chip market; a collaboration with Samsung along with improvements made in the designing and manufacturing of the mobile chip, Apple was able to create the fastest chip till date. It has even beaten Intel to the race, by developing the chip in way that Intel hadn’t thought of. Apple had merged the entire chip design into the whole software design and hardware design. This trend of manufacturing mobile chips will have to be followed by other smart phones giants namely Samsung, Microsoft and Google. But this transition will be easy and quick for the three monoliths as they already possess the resources to do so and by applying this change through big acquisitions and R&D. If this development takes place, then Intel may lose its standing as a long term stock option. Apple has invested years into developing its ARM CPU, the company may have outsourced most of its research to other companies that include Samsung-but it has always used chips. This strategy has worked out in favor of Apple.

We use benchmarking to determine how powerful a chip is and also how well it performs. Apple has moved way ahead of everything that is currently on the market and has a significant margin to prove it. But the rest of the specifications on the phone are not as advanced and powerful as we would like it to be. The A7, when initially compared to Samsung’s Quad Core Exynos (1.6GHz) and Qualcomms’ Snapdragon 800 (Quad Core), it does not seem that impressive. But it has aced most of the benchmarking tested, a true report on how powerful the new chip design really is. It is also supposed to be faster by 31%, this is also signals a development in the smart phone market and owners will no longer have to buy new upgraded models every time.