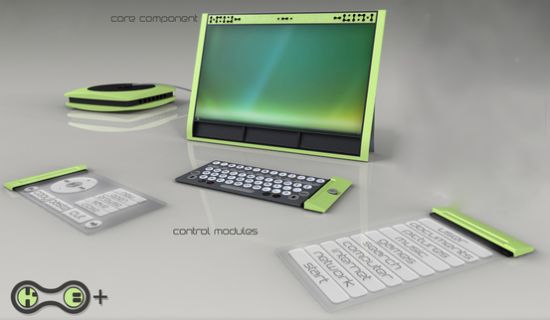 The world of technology has shown tremendous escalation, especially in the field of computers. Artem Sazonov has also joined the band and has popped up with the “KOOB+” concept computer. This slim, lightweight and compact computer comprises a display, basic performance modules and detachable modules, which can be removed and used with another system, giving users an ability to work on multiple machines without carrying their main system along with them. A semi-transparent monochromatic and flexible sheet makes up for the display, which is coupled with other core components that include speakers, a camera, joystick and a modular cover that collectively make the KOOB+.

The main control module is encased in a protecting cover made from plastic, fabric or silicon. The completely modular system can suit the different needs of an individual by allowing him to multitask with the supplied modules. Depending on the user’s requirements, the modules can also be pre-loaded with button layout of any application that not only makes the interface more user-friendly but also makes the hotkey more usable.

Another striking feature of this modular design is the use of a special wire that on one end has a plug for the core components and the other end can be used to attach performance upgrades, apart from functioning as a connection to the wall socket as well. The modular interface also allows users to control several applications running on several machines by a single module from anywhere. Owing to its wireless properties, using the controls won’t even create a cable mess and make the system more user-friendly. 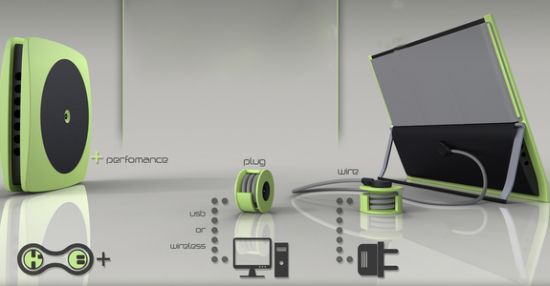 Tiefschlaf: Dream of the space-starved!