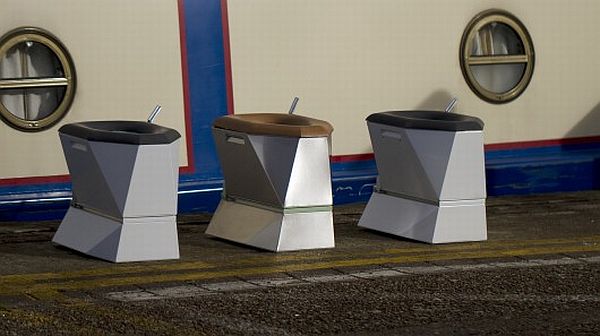 As environmental pollution is continuously increasing, each one of us need to take the responsibility of controlling it. Out of the several methods of pollution reduction, one effective method is the recycling of waste materials. Lately, Loowatt system from UK has come up with a different method of human waste utilization. This system does not deal with the municipal waste, rather it collects waste directly from the toilet.

Special toilets that have been made for the effective collection of human waste, and are named Loowatt toilets. These toilets have no water and are also free from chemicals. Such toilets are actually meant for outdoor purposes. The main principle of Loowatt toilets is that human waste that drops in it gets closed in an odorless cartridge, which contains a biodegradable liner. This waste is then put in an anaerobic digester once or twice a week.

As the name suggests, anaerobic digester is oxygen-free. So, the waste gets degraded with the help of microorganisms in an oxygen-free environment and produces methane, carbon dioxide gas and a semi-liquid manure. Methane can then be used as fuel and the semi-liquid manure can be further separated into liquid and solid forms of manure that can be used for plants.

A pilot project for Loowatt system has already been operating in West London, comprising of five toilets and a small-scale digester. The project has been fairly successful. For the great work that the company has been doing, it has been awarded US$100,000 Grand Challenges Explorations grant from the The Bill & Melinda Gates Foundation for further development of their project.