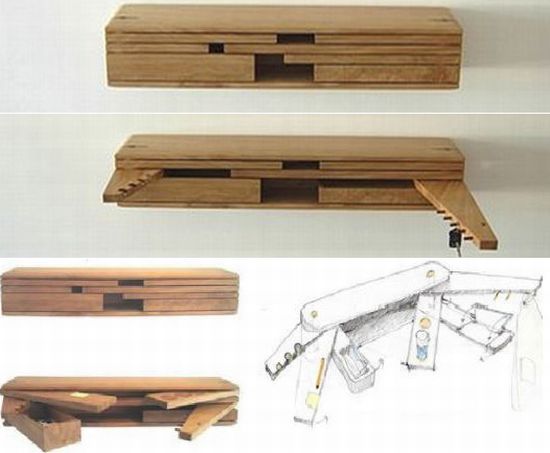 The term “Swiss Army knife” is sometimes used metaphorically to describe usefulness of a product and the Mexican army shelf from Ludens is no exception. It’s as useful and efficient as a Swiss army knife. It’s a shelf with many shelves integrated, with each one having its own function – one for clothing, one for coins, one with a mirror, one for money, one for your car keys and so on. So, you will simply pull out the shelf you want to. The Mexican army shelf works very much like a vanity box, but on the walls.