Designed by Chris Cooke as a Coventry University’s transport design project, the Mobula is a hybrid vehicle bridging the gap between a cruise ship and a passenger aircraft. Taking its name from a particular species of ray, the Mobula, which can launch itself out of the water several meters, the futuristic vehicle, or an Ekranoplan, employs the high-lift, low-drag aspects of ground effect by moving close to the surface, allowing a high speed, spacious interior and an efficient mileage.

Featuring a bio-design, which lends ideally to aerodynamic form, the Mobula integrates smooth winglets, resembling a ray’s progression through the water, to increasing the overall efficiency, while the windows run parallel to the ground and curve around the rear of the vehicle. The Mobula also includes four exterior hulls to enable its enormous payload float smoothly on the surface of the water, which not only expands to hold the craft but also deflates to minimize drag during the flight, thanks to the built-in hydrofoils. 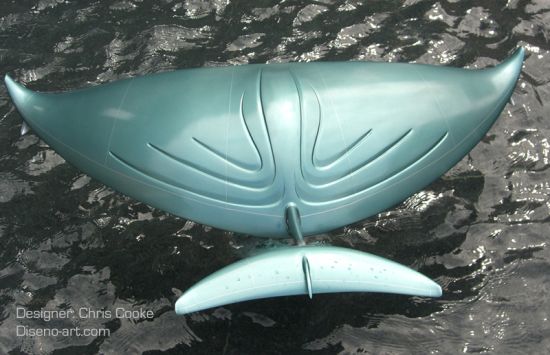 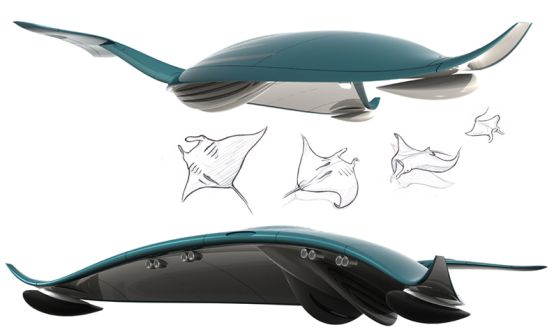 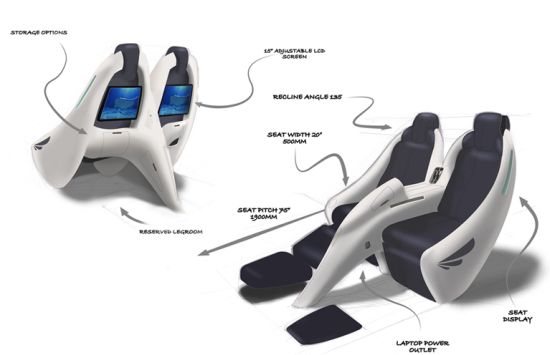