Modifiy it to need, Transformable Crutches also slips in your bag 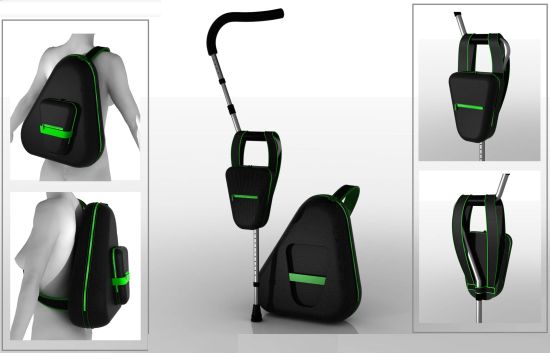 Disability is a curse in itself for the affected, and relying wholely on others for day-to-day tasks often gets humiliating, like rubbing salt to the injury conferred by destiny. This is the dark side; however, every night follows a bright day. Many innovative minds are always busy in their workshop exploring the infinite limits of their mind to make life better for the people hampered by the fortune. Transformable crutches, thanks to Gaile, also fall in the similar spree of revolutionary designs that can really prove handy for the users, as they can switch it from forearm to underarm, with elbows bent on a comfortable 30 degrees angle, without any major adjustment. When not in use, especially while traveling, the crutches can be folded into a special bag (not an integral part of the project) with minimum fuss; the bag can also be used for carrying other objects. Basically the Foldable crutches with changeable upper-part are designed for short-term users, who need them during their rehabilitation or people who switch from wheelchair to crutches, but permanently disabled who have to move too frequently wouldn’t mind a pair of easily adjustable as well as movable support either. 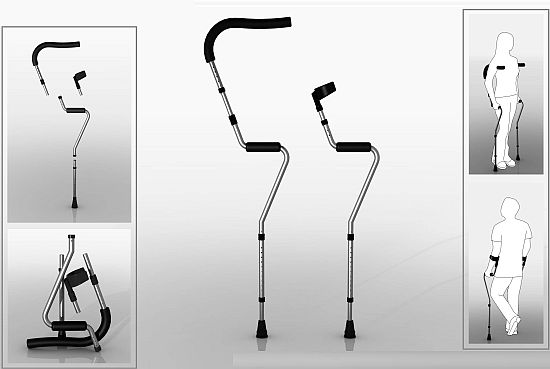 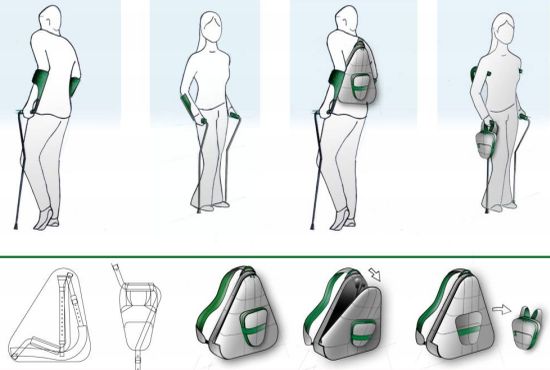 Modifiy it to need, Transformable Crutches also slips in your bag was last modified: August 6th, 2012 by admin

HALCYON takes you on a wild ride...

Tiefschlaf: Dream of the space-starved!