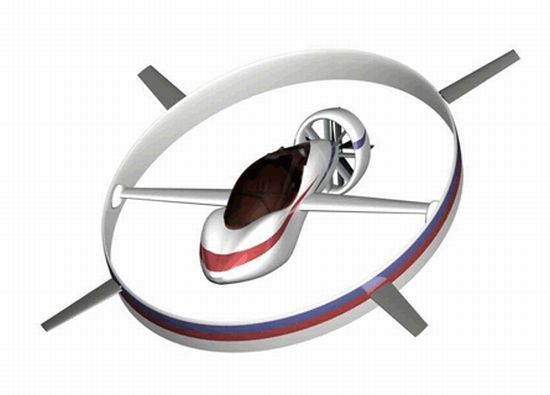 Developed by AeroCopter and backed by YAS Ventures LLC, the Mono-Tilt-Rotor (MTR) aircraft system is the forthcoming generation of airborne transportation that will be a unique blend of a helicopter, an airplane and an UFO. Presenting a single turbine driving, a ducted fan pusher propeller and electromagnetically driven 8.2m (27ft)-diameter ring enclosing the fuselage, the MTR vehicle comes with Vertical Take Off and Landing (VTOL) capabilities and patented technology, which is available to the Commercial Personal Air Vehicle (PAV), Civil and Military Unmanned Aerial Vehicles (UAVs) and Very Light Jet (VLJ) markets. The revolutionary aircraft will come in both manned and unmanned versions. The manned version will be a 1,320kg two-seat personal air vehicle, featuring a cruise speed of at least 220kt (405km/h) and a range of 555km (300nm). Though, the MTR at present is in its developmental phase only, but it’ll surely turn out to be a landmark for the third generation of airborne transportation after completion.