Ordos Hilton Hotel is an oasis in the desert 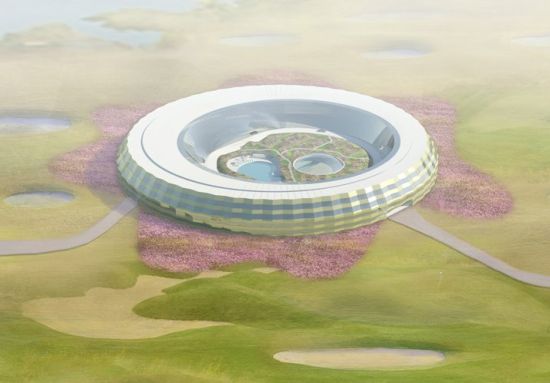 Located in the city of Ordos, China, the Hilton Hotel by VMX Architects is a contemporary international hotel that aims on transcending the generic and at the same time symbolizing the spirit of Inner Mongolia. Spreading in 32,000 square meters, the hotel presents a circular composition that houses about 300 hotel rooms, restaurants, bars, conference rooms and a sports center. The spherical design not just gives the 5-star hotel a unique look, apart from its extensive viewing angle of the landscape in all directions, but it also reduces the distances between rooms and other recreational areas, such as the lobby, dining areas, bars, concert stage and swimming pool, to a great extent. Featuring a partial glass roof that protects the hotel from the harsh climate, the concept primarily focuses on two things, the surrounding landscape in and around the city of Ordos and its close proximity to country club functions, including a spectacular golf course. The hotel representing an oasis in the desert is a unique combination of the “Western” rational and pragmatic perspective and a more “Eastern” Oriental approach. The Hilton Hotel is estimated to cost around 46 million euros after completion. 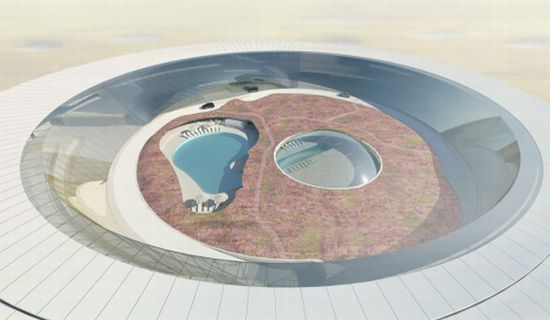 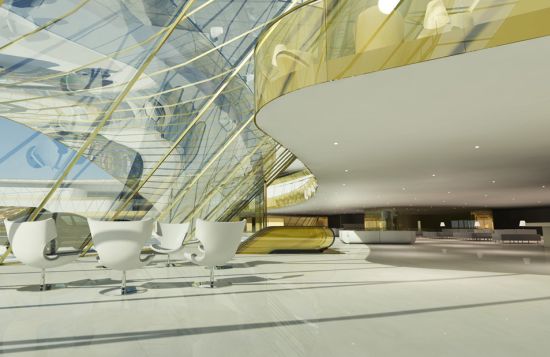 Ordos Hilton Hotel is an oasis in the desert was last modified: August 5th, 2012 by admin

Smooth alternative to the Olympic torch

PUMA, from fabrics to motorcycle brand