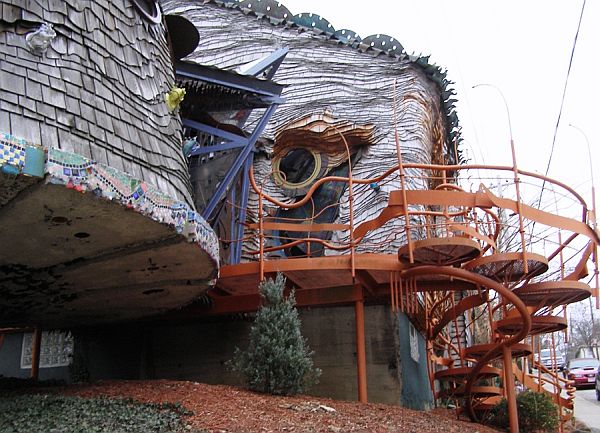 Outlandish and weird architectural structures that dot the world

Some outlandish architectural structures exist worldwide to make us wonder at the inspiration that led architects into designing such offbeat structures. Following is a list of such strange architecture pieces that will leave you awestruck: 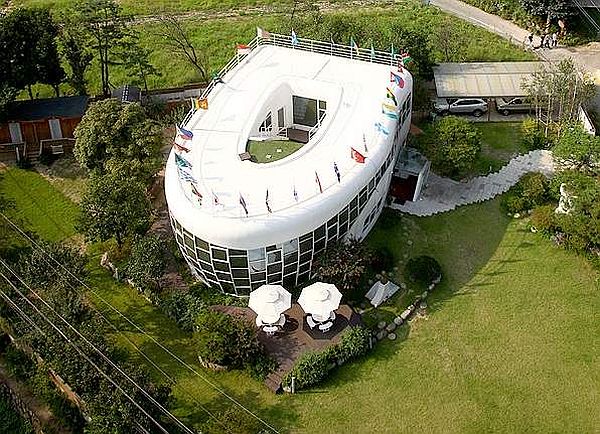 Nestled in Suwon, South Korea, the Toilet Shaped House is one weird house built by the late mayor of Suwon – Sim Jae-Duck. The two-story house resembles the shape of the john, and played host to the inaugural meeting of World Toilet Association in 2007. The structure displays a bathroom with glass walls at the center but the ones who want privacy can turn the glass walls opaque with a click of a button. The toilet drain staircase is equipped with rainwater harvesting technology and serves as a way to the rooftop balcony. 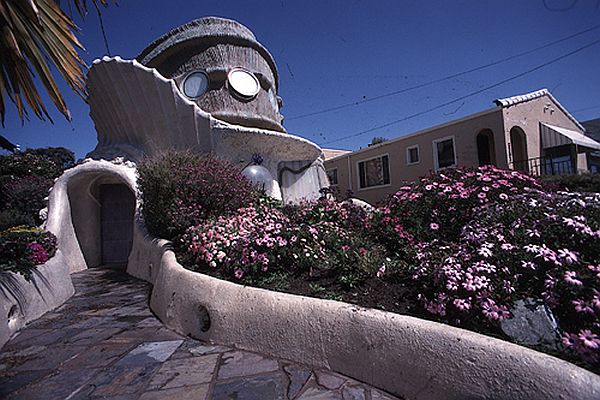 Tardigrades are the world’s most indestructible microscopic living creatures, and the Tsui House resembles the shape of this creature. Designed by Eugene Tsui, this 2000 square foot residence claims to be the safest house in the world. The indestructible nature of the house is because of its aerodynamic shape and block construction, which utilizes steel and concrete reinforced cement blocks and recycled Styrofoam. This structure makes the home wind resistant, fire proof, and earthquake resistant. 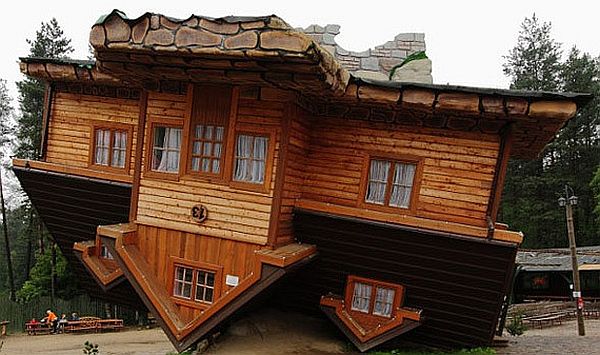 A Polish philanthropist and designer,Daniel Czapiewski designed this unique house in order to remind everybody of the backwardness of the world and the wrong doings against humanity. The Upside-Down house is a two-story structure and houses furniture inside that hangs from the ceiling, or in this case, the floor. This weird looking house was completed in a matter of 114 days. 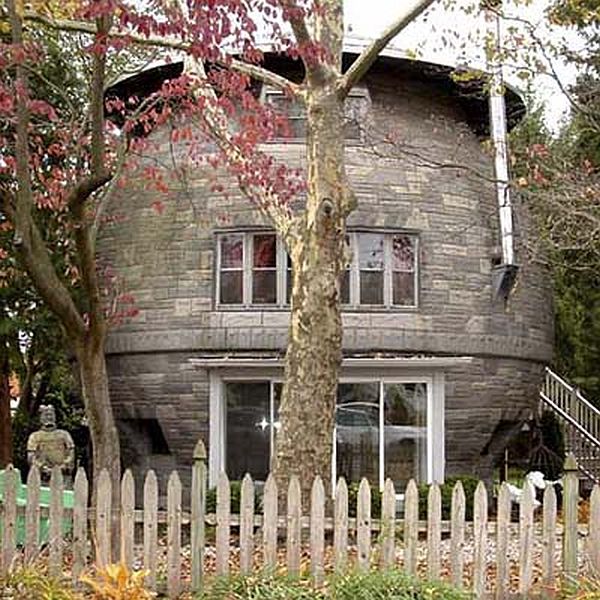 The Cookie Jar House is a three-story home built by John Dobbin in Glendora, New Jersey in the year 1947. This house features a spiral staircase at the center of the house. The lid of the jar performs as the window’s walk. It is the only cookie jar house in U.S. The corner-less house construction is one of the toughest things to do. 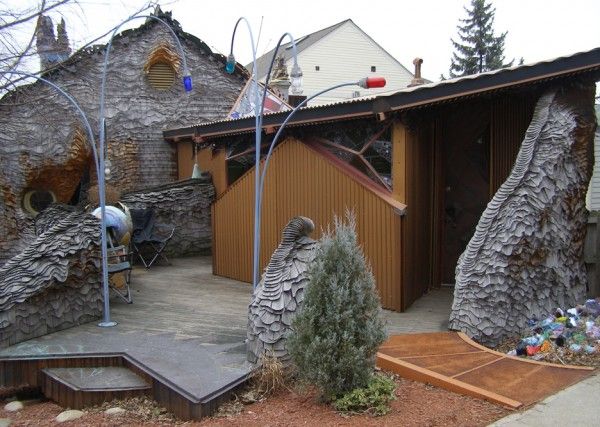 Terry Brown, a professor of architecture and interior design at the University of Cincinnati made this unique house in Ohio. Mushroom house is a one-bedroom home whose sides looks like a mushroom’s underside. Materials like wood, colored glass and seashells have been used in the house to give it an organic design.

The world houses several constructions that look unique and weird, but they often have a purpose that explains their construction, and makes them even more remarkable.

Architectural delights of the ancient world

Extraordinary concept bridges that highlight what the...

18 – Amazing minimalist buildings from around...

Floating Homes that will amaze you with...