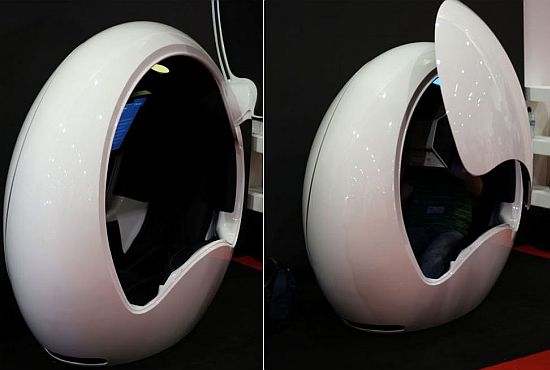 There are some things in the world that simply escape the limits of my humble wits. Like why would anyone want to stuff himself inside a giant claustrophobic pod just to enjoy his favorite movie or songs? And more importantly, why would anyone wanna pay up a 100 grand for it? Anywho, the world is full of nutcases and just in case your passion for all things personal media soars to dizzy heights ever so often, I’d certainly recommend you get this awe-inspiring Ovei pod media center. 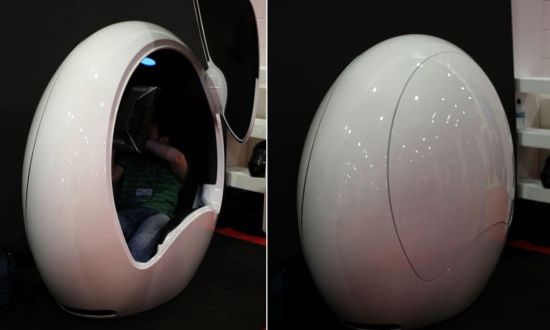 The thing is basically just a giant egg with the capacity to deliver breathtaking surround sound and bass vibrations. Created by Lee McCormack and engineered by Mclaren Applied Technologies of F1 fame, the capsule can be fully customizable according to client specification which means if you have enough cash in your trust fund, then you can go crazy and have the pod furnished with a top quality display, a message chair, custom upholstery, PS3 and Xbox 360 consoles with controllers, a media server a mini fridge, a smaller seat for your dog and what have you! Of course the unique design does leave you rather isolated form the rest of the world, but hey, as long as you can escape the daily humdrum of work, girlfriends, parents and the outside “real” world in general, it’s not a bad place to spend your youth in!

Teck Armchair for All Seasons

The Mommy’s Chair by Lucy Merchant