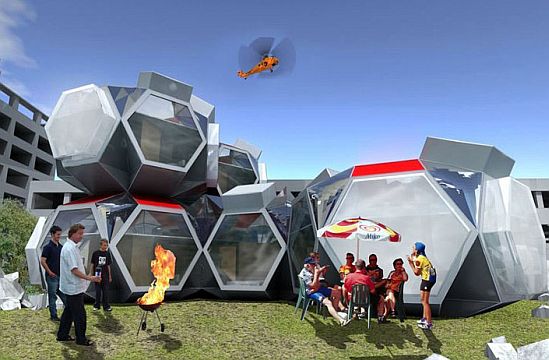 Originally designed to aid disaster relief in the eventuality of New York being struck by a hurricane, these modular, snap-together instant housing units are now being seen as a potential quake-resistant housing solution for the Seismologically-sensitive San Francisco. The instant house can be snapped together in various ways and features an inflatable, water-resistant shell. The brainchild of Australian designer John Doyle, the shacks are supposed to be transported to the catastrophe-stricken area in trucks where they will be ready to use after a massive, inflatable, weatherproof shell covering is thrown on top. Great idea, except when the real big snaps all of the city’s communication with the outside world including road links possibly, how would we get these things down where people really need them? Who will jump 20 feet in the air to haul the massive covering all over the place? And who will be out there preventing a riot which erupts when everybody’s fighting for the ground floor ‘cause everyone’s scared of living above ground after and earthquake has just ground their multi-storey apartment buildings and homes to the ground?! And the thing’s so damn ugly; I’d rather live in a dumpster if all the tents are taken! 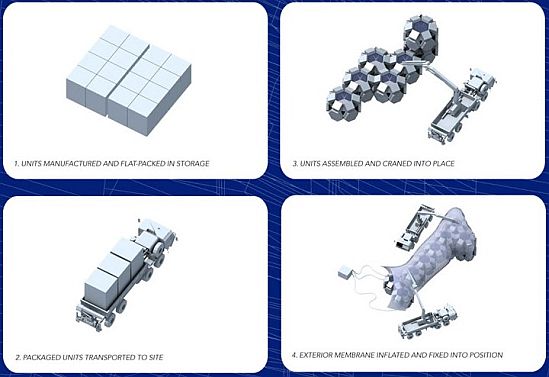 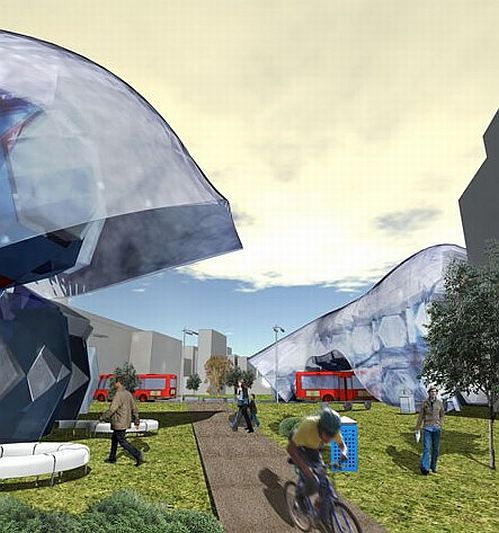 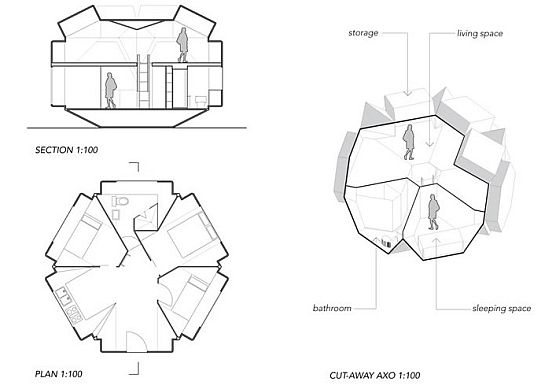