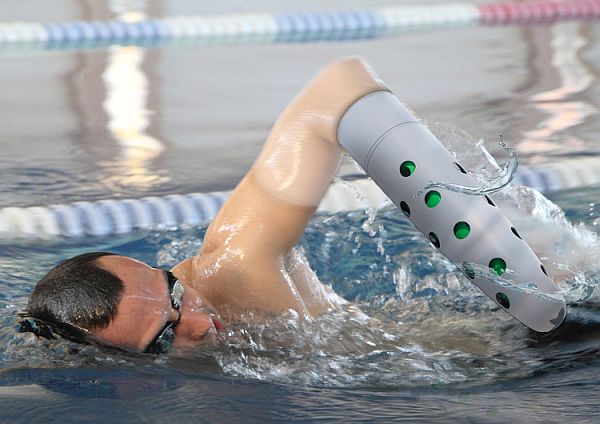 With the weather becoming extremely hot and irritatingly humid, it is very often that we find people enjoying taking a dip in the swimming pools and enjoying the water to get relief from the scorching heat. This very simple activity is often difficult and inaccessible for people who have lost a limb. With that in mind, Irish designer Robert McCarthy has come up with a prosthetic arm that is especially suited for swimming. This prosthetic is named as “Oyogu” and is a lower arm prosthetic that helps people swim.

Oyogu has been specifically designed in order to help the below the elbow amputees to maintain perfect balance between both the arms that have been designed for them and swim easily at their level best.

This extremely helpful prosthetic is composed of an inner foam core and the rotating outer shell. The inner core has holes through it whereas the outer shell too has corresponding holes. The holes when revealed collect bubbles, which act as a solid surface when pulled against water. It has three main speed levels namely slow, medium and fast. For the experienced swimmers, the holes are exposed completely whereas for beginners the holes remain unrevealed.

The wearer is able to adjust the push and power level of the prosthetic to have full equilibrium between the arms that are tailor made for them. This balancing ability helps the users to further increase their swimming skill and efficiency to swim better. 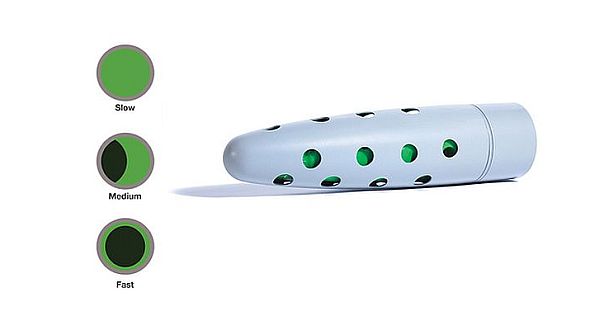 Another striking feature of Oyogu is that it has been designed out of several modular parts that can be removed as the user grows older or if the parts suffer damage. This makes them highly preferable over conventional prosthetics that offer no customization and change, and would generally need to be replaced in case the user outgrows them, or if the prosthetics are damaged.

Thus is can be said that Oyogu is the only prosthetic of its kind that grows with the growth of the user. This technique behind developing Oyogu could really be very advantageous for the amputee swimmers since the prevalent technology allows them to only adapt some specific parts of their body to learn swimming, which is time consuming and also very difficult to do.

Compared with other prosthetics Oyogu designed by McCarthy is far more comfortable with larger functions and better swimming ability for the amputees. The prosthetic is designed to be customizable so it can last longer with minimal maintenance.

Robots that are pioneering there line in...

The Classroom of the Future