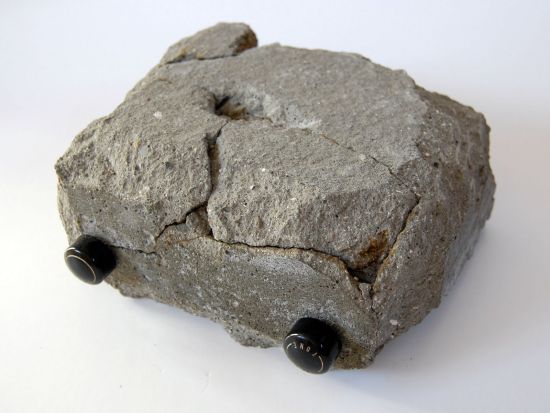 Had there been technology and gadgets, other than those stone weapons, in the Stone Age, their surround sound systems must have looked like Guus Oosterbaan’s “ROCK Radio.” Here is how the designer describes the ROCK Radio,

My ROCK Radio. The number two in my cement-audio-series. It started off being a very nice rectangular brick shape. Then I found out that a thick layer of cement shields the radio from actually receiving radio waves. With my “Now it doesn’t work anyway” philosophy, I took a big hammer and created this Flintstones look, and the radio works! 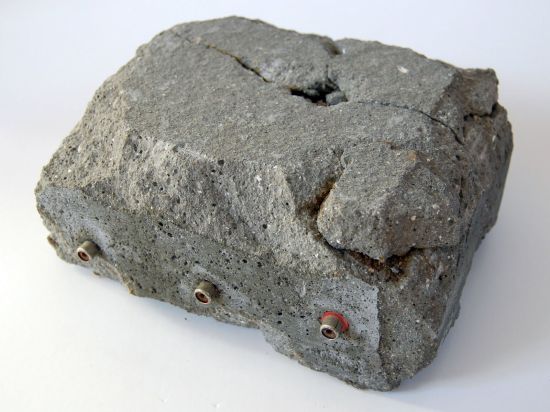 MagicBoard lets you connect with your devices...