Smart Table: A broadband communication system for the elderly 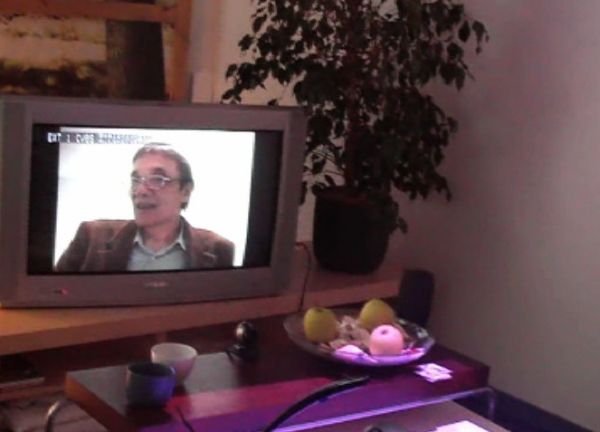 With day to day development in the field of IT, there is nothing which is impossible to even think of. And the same proved by the group of designers named Vincent Steurs and Juin-Yi Huang with a wonderful creation for the Interactive Technology Design at TU Delft. This creation is named as the Smart Table which also acts the same in its real working. It is a broadband communication system which actually revolves around the senior generation of the society. This smart system comes forward as a help to those elderly people who often face the problem of memory loss and many other associated to their aging process due to which they lack social interaction and lead their life lonely and in depression.

The Smart system comprises of Smart table, Smart Messenger that supports technology of infrared sensors and pressure sensors attached to it. Now the interesting part of it is that the smart system does not need a computer to do it. Instead, the designers have made sure that television is used for the purpose of video communication (as in form of web-cam) and the table be used as an interface for the users. Now let’s see the working behind this Smart System. The sensors which are provided with the system are used for the recognition of the presence of human in the room with the help of infrared sensor. This infrared sensor will show the online contacts and incoming messages on the users table while he enters the room. Then, the pressure sensors which are situated in the pillows will give the indication of whether the user is online or not and as the user is seated on the pillow, the user interface will appear on the smart table.

The Smart Messenger is also useful for sharing many wonderful activities which we mostly do with any other computer messengers. Yes, it can share pictures from PC instantly and also can capture current images which user wants to share just with one simple option ‘snap’. These images are projected on the table of the user. Hence, it comes as a perfect gift for the elderly people and will surely eliminate the loneliness from their life. Follow the video for detailed knowledge on the working of ‘the Smart Table’.

Smart Table: A broadband communication system for the elderly was last modified: August 5th, 2012 by admin

Mercedes-Benz Museum Elevator takes you from past...

Drumssette: Create your own music with DIY...