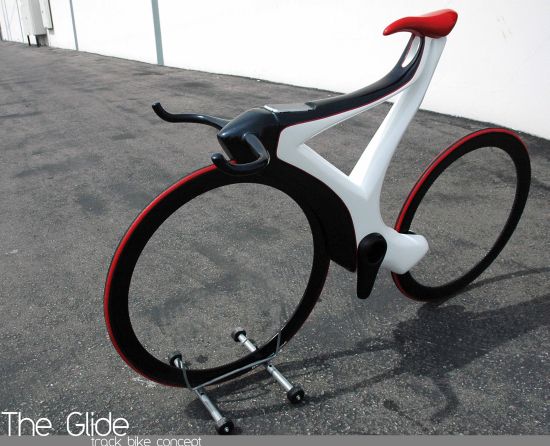 Breaking from the monotony of traditional bicycle shape, designer Michael Shrewsbury has come up with a track bike concept by the name “The Glide” that features a frame made in nano carbon. Moving on hubless wheels that ride along a channel in the frame against sealed bearings, the track bike includes an internal crank set to save your clothes from rolling in the chain. In addition, the belt drive turns a cog mounted in the rear of the bike that meshes with the rear wheel causing it to turn and give you forward or reverse motion.

Fusing in the social aspect of riding a bicycle, the futuristic bike includes a smartphone dock in its frame, which apart from docking your cellphone also downloads an app that would let you see who’s riding or what group rides are close to you to meet up with. Moreover, you can send a message to friends to join a ride along with you. The Glide also integrates rear lights into the aero twin seat post that lights up as soon as you engage the breaks to ensure complete safety from the vehicles coming behind. 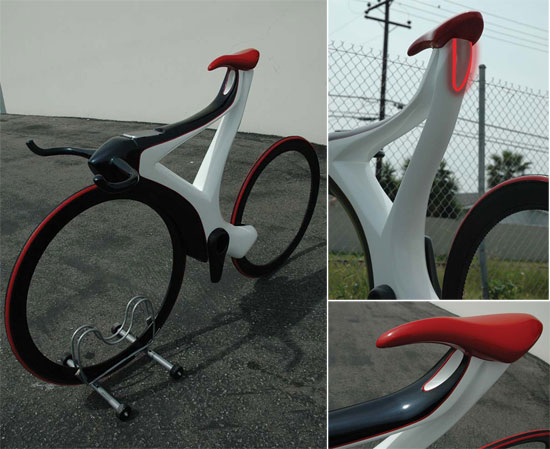 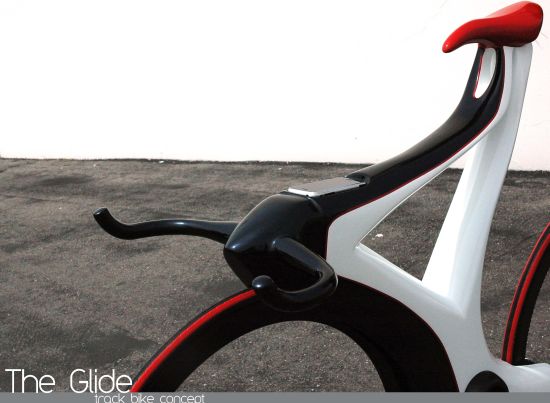 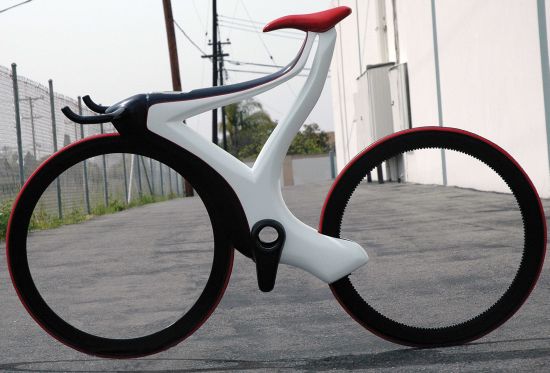 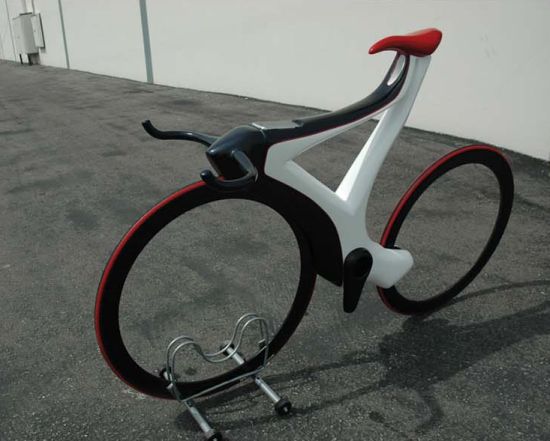 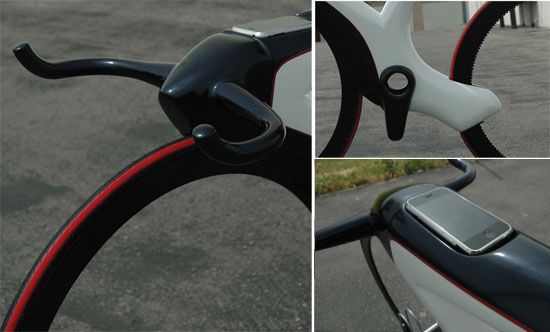 iLoveLamp is a planter that keeps you...