If you’re a thinker, and like to mediate upon the development of human civilization, then you may have also pondered about the history of toilet designs, sitting on the throne of your home. How did the flushing toilet begin, and how did our ancestors deal with the whole unsanitary business of this extremely important function of the body? We have done a little research and tried to present to you a brief but fascinating history of toilet designs, starting from thousands of years ago until now. Take a look.

The long history of toilet designs

Plumbing/ toilets of the ancient civilizations 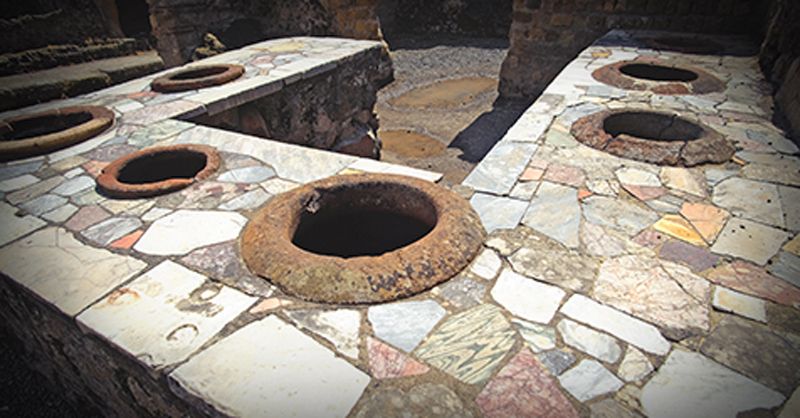 Image Source : jandahvac.com
Since the dawn of civilization, people have used various ingenious methods to deal with plumbing, which prevented them from walking in their own poop (which actually happened in Medieval Europe)! Going through the history of toilet designs, cultures as old as 3000 BC were flushing their body waste away. People in the Harappan civilization, which is now India, had toilets in which the wastes were drained in underground clay chambers.

Residents of the Skara Brae, the 31st century BC settlement in what is modern day Scotland, had an extremely clever toilet system in place. They used a draining system which used a river situated close to the settlement, to clean their toilets automatically. 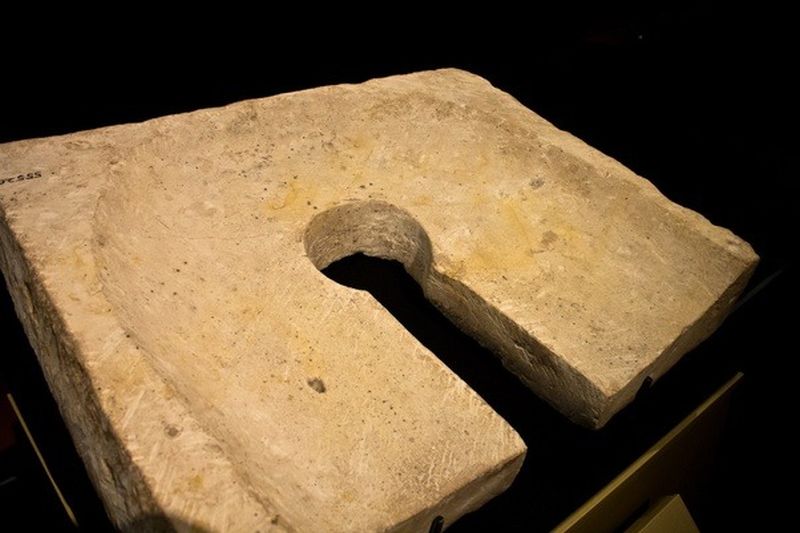 The elite and the poor, both had Egyptian toilets and proper bathrooms. In rich Egyptian homes, the toilet seats were made from limestone and the poor used wooden stools with a big hole to do their business. Under the lid was sand, which was emptied by hand. Thus reviewing the history of toilet designs, Egyptian toilets were the ancient version of the litter boxes we have today.

The Egyptians also had bathrooms or wet rooms. These rooms resemble the shower rooms we see in many apartments these days. There used to be a stone slab on which they would stand while water was poured on them. As water was precious, the bath wastewater was drained out with a pipe where it would be collected outside in a jar and used to water gardens.

The sewer system was rudimentary, and consisting of open ‘gully’, which ran down the streets. People would dump their waste into this, or into pits or dumped it into rivers. 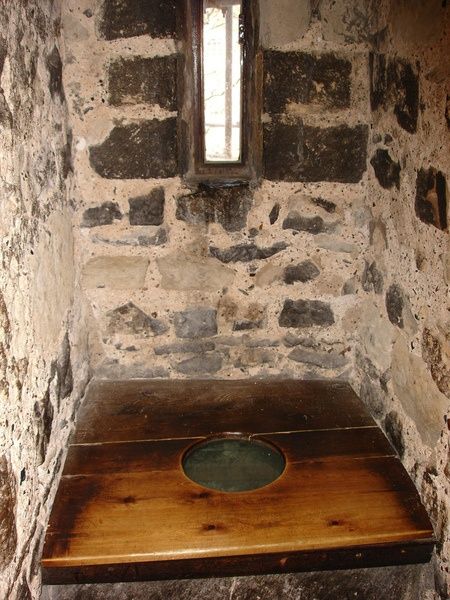 Image Source : ancient.eu
As the Roman Empire collapsed, so did their sophisticated latrine system. The western world went back to the dark ages and the history of toilet designs did not have much to show for this period. Toilet habits were unsanitary, and caused many diseases. The people used to have chamber pots which were emptied out and even thought they might have looked beautiful (the ones used by the gentry), they were just very low grade pots. People would throw their waste out of their windows, which often fell on unsuspecting pedestrians. 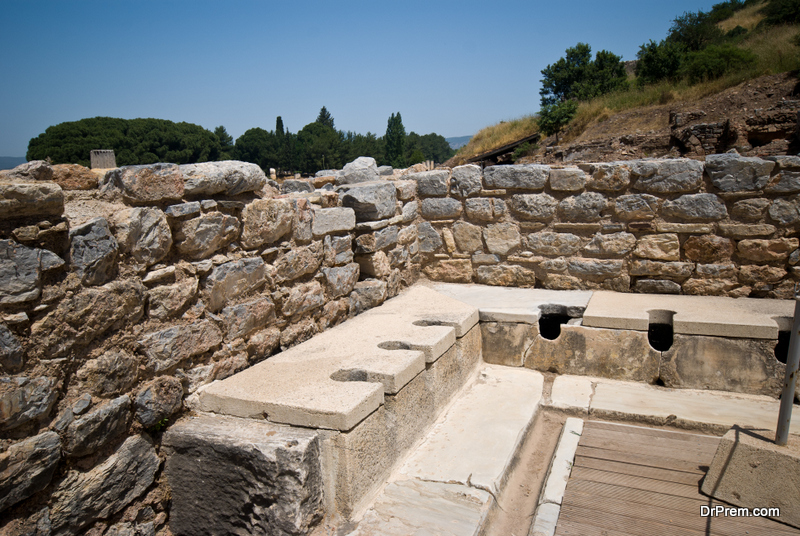 Along with the famed public baths of ancient Rome, the Romans had perfected the plumbing for public toilets as well. These toilets were to be found all over the vast Roman Empire. They called these toilets ‘rooms of easement’, which had elongated rectangle shaped platforms which sometimes had partitions and mostly, did not.

In ancient Rome, there were no public toilets for men and women separately. Both sexes shared the same public toilets and baths. The water from the baths flowed continuously through the troughs underneath the seats of the latrines. The waste as well as bath water, was then swept away by the water into underground sewers and then to the river Tiber. It is estimated that in the year 315 CE, there were approx 144 public toilets in Rome.

Even then, the Romans largely threw the waste onto streets but there were penalties for that. The Romans were also the first people to provide porta potties, which were huge vases at the edges of towns, and pay toilets.

Going down the timeline of the history of toilet designs, we reach the 16th century, the time of Queen Elizabeth I. John Harrington gained notoriety for creating a lot of trouble. He published a pamphlet, which was intended to be a satire on the royals, but the pamphlet also had a very detailed instruction on construction for flushing toilets. His toilet, at that time only found in the royal homes, included one mechanical valve to seal the toilet. And a water tank to flush the toilet – the basic components of the toilets we use today.

Image Source : datodranuar.com
Following the timeline, we see that the first patent for flushing toilets was granted to the Scottish inventor Alexander Cummings. Cummings was the first person in the history of toilet designs who suggested an addition of a pool of water constantly to the toilet to suppress the stink. His innovation has allowed us to live in stink-free environments till today!

Other innovators modified the design and made small additions to reach the present day flushing toiler. In the 18th century, the flow of water and flushing mechanisms was refined, and in the 19th century, better drainage was achieved. Leaking valves were modified in 19th century.

An English plumber, who had the uncanny name of Thomas Crapper (!), did a lot to popularize the flushing toilets in European which led many to believe that he was the one who invented them. The history of toilet designs has not seen any revolutionary designs since then.

In the 20th century, the only modification was to attach the tank to the toilet itself, rather than fixing it on the wall.

The basic system has remained the same, but with smart homes today, we have smart toilets. There are technological additions which enhance the experience of sitting on them, such as warm seats, self-flushing toilets and toilets which are ‘connected’. But, the basic design remains the same.

Though the history of toilet designs is largely about the development of the commode, new studies are emerging every day, suggesting that squatting is the best method to answer the call of nature. Sitting on toilets does harm to our insides, leading to gastrointestinal maladies and hemorrhoids. Maybe the ‘Indian’ style toilets will be the next ‘evolution’ in toilet design all over the world!