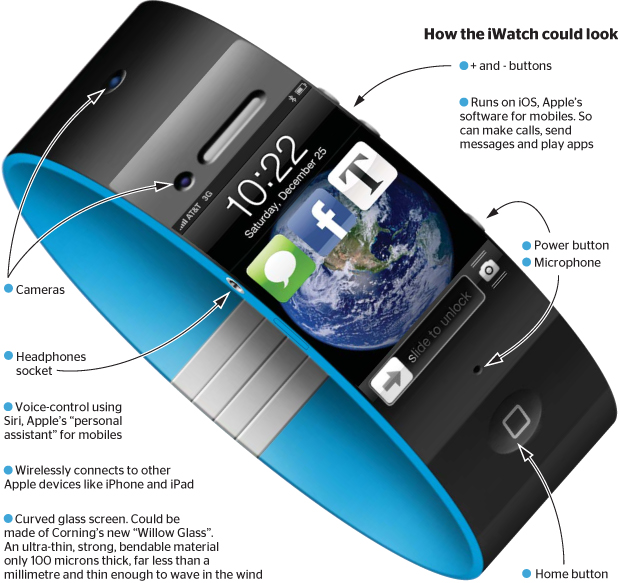 The Magical iWatch with Naturalistic gestures

Apple has a long history of creating new products in open with wide publicity,but its iWatch is being created in a fortified closet where about 100 workers are working on it .The secret revealed is that this new product resembles cuff bands of 1980s,but no one  knows about its shape or operation. It is expected to be a blockbuster in the design methodologies. As revealed by Frog’s Chief Creative Officer Mark Rolston this invention will open a wearable age in the history of smartphones which can be routinely worn on head, arms or wrists. They are of the opinion that Apple has lately focused onthinner, lightandfast appliancesiWatch has been created with the ultimate aim of changing our habit of pulling cell phones out of our pockets and using computing without meddling in our routine. Phatic cues are there to solve this problem.

What are Phatic Cues?

The question arises as to what these Phatic cues denote.As described by Rolston they are the nod and wink that people give-and-take withoneanother. He has all praise for audio notifications of the iPhone for engagements. He judges’Phatic cues as the ultimate goal in notifications apps. Further, he impresses uponthe fact that the design snag is a big obstacle in iWatchas it requires sociology and cultural acceptance in real sense. 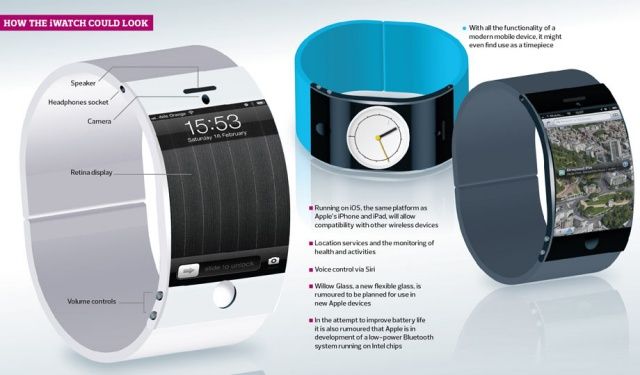 Reportedly, this putative iWatch will have a curved and touch screen like a bracelet or band around your wrist. The working of app model is still to be explored. Though, such things can be cued by much lower loyalty UX,akin topattering yourwrist.In fact,the UX is the actual natural event itself.The main issue of concern is about the working of app model. These realistic interfaces permit naturalistic gestures coupled with a magnificent infrastructure such as RFID payments which no one accepts till now. Apple will succeed in convincing the business. It is apprehended that the Realistic interface may cut the cordonapp.

Apple is the only company in the mobile market who can convince business to resolve the problem of infrastructure. As disclosed by Poupyrey the iWatch is more than a remote control for the phone. It is a device in its own right and is more than a phone. Definitely, iWatch`s natural movements describes its own platform. Though, realistic concerns with such a device cannot be ruled out. It is apprehended that a physical barrier  in terms of making faster processors or smarter logic software due to less improved technology of batteries. Apple iPhones and Android phones last longer as they are not awake all the time. In iWatch hardware needs to stay live and focused for maintaining its naturalistic effortless gestures and vocal commands. Andif the iWatch is retaining iPhonethroughout the day then it will not remain charged for the night.

Aniwatchlike a watch but itis not a functional device and a status symbol like a wrist watch. However, iPhones were once upon a time considered to be a status symbol. The iWatch will need to do something that no watch has done till now. 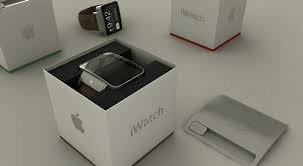 With the advent of ubiquitous computing and electronic platforms as a part of our daily life there is a paradigm shift. In the industry.We’re ready to enter a wearable computingage wherein our devices will work magically without obstructing our attention .It is amazing to see waking up wearing the same band on our wrist, arm, or head daily. May be iWatch may watch our moves with a gentle touch on our head,arm or wrist naturally