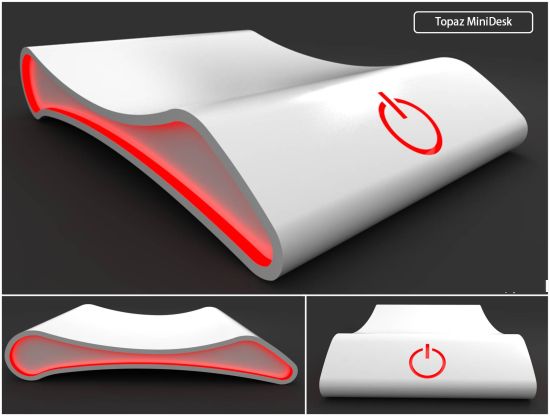 Using mobile hardware, Brazilian designer Rafael Berloffa has come up with a small workstation, measuring 200 x 300 x 50mm, that is designed to change the contemporary style of desktops in houses and workplaces with a revolutionary design. Dubbed the “Topaz MiniDesk,” the portable workstation positions the coolers above the structure, without changing the design aspect at all. Also, the Topaz Mini Desktop doesn’t use any drive support, as it’s made to be used like an Eee PC with an external optical drive that can be shared with the desktop and mobile PC. The Internal technology can be much modified, using an Atom Processor, Intel’s 965GMA Chipset, an X3100 graphics to a Core2Duo and a GeForce 9800 Mobile, and the concept for outputs will have a lot of USB ports, a good sound output and DVI/HDMI connections for TVs and a home theater or monitor. 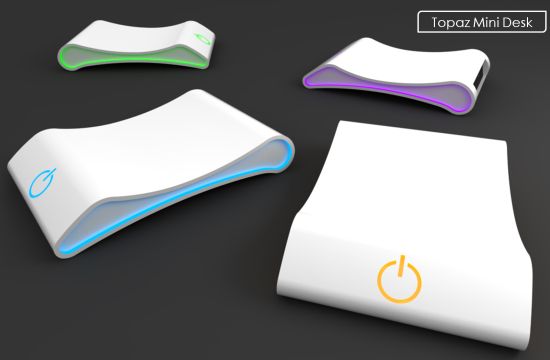 Rotobotmouse moves around the desktop with a...