Wear the Cricket mobile phone on your wrist to stay connected 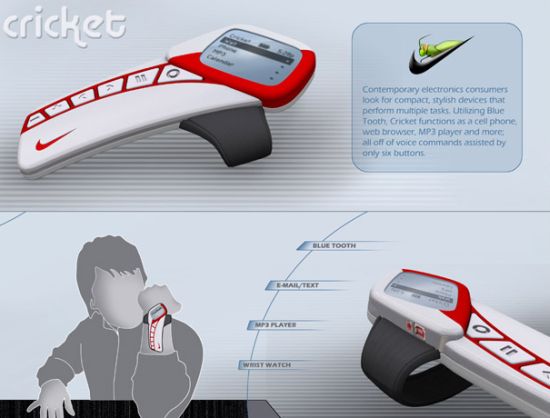 Every day we come across number of newly innovated devices animated with hi-tech features. In such a scenario, modern consumers seek a trendy and handy multifunctional device. Fulfilling such desires, American designer Blair Miller has invented a remarkably appealing wrist device called the Cricket. It is a multifunctional concept featuring a wrist phone integrated with a voice-activated MP3 player. Meeting contemporary electronic needs, this design utilizes Bluetooth connectivity that can comfortably be put on your wrist, connecting you wirelessly with other devices. Functioning as a wrist watch, it also allows you to send email and text messages. With its simple working, using only six buttons, it can be controlled manually, displaying all its functions conveniently on a decent-sized LCD. Calling for a style statement, this Nike-themed wrist wearable Cricket, secures an out of the ordinary place for itself, attracting a great number of electronic lovers. 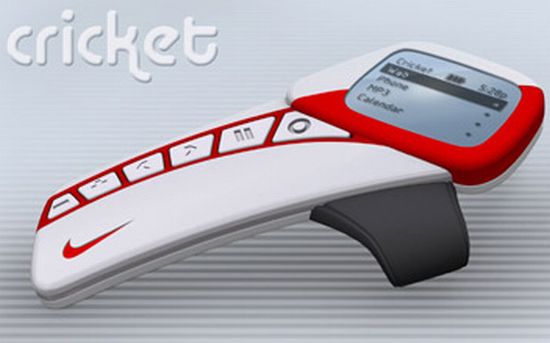