Tour de la Chapelle in Paris is an architectural ambiguity 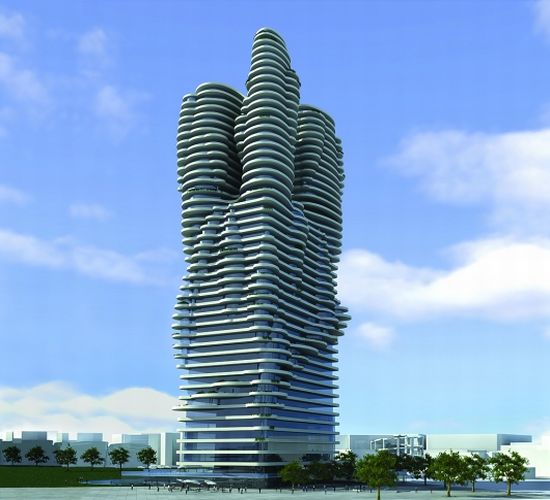 Commissioned by The City Council Mairie de Paris is a tower that is very unique in its looks. Christened Tour de la Chapelle, the project is commissioned to be built over an area of 88,000 sq meters. Legendary architects Ábalos & Herreros and Architects Sentkiewicz are behind the concept of this piece of architecture. Crossing paths between modern and ancient, La Chapelle is a wonderful addition to the urban landscape, fresh and environmentally sound. La Chapelle is proposed on the outskirts of Paris, but the area is to be well linked by an excellent public transport and other highlights of the city life are to surround it. The project is to be organized as a PPP (Public Private Partnership) and will provide a greater degree of distribution in Paris’ map. The tower takes inspiration from and draws parallels with the existing architecture of Paris, which is world renowned. The monumental structures like Montmartre, Eiffel Tower, Montparnase Tour and the two great cathedrals Notre Dame and Saint Denis have been kept in mind while visualizing the various facets of Le Port Chapelle. But drawing inferences from the past, a conscious effort has also been made to establish dialogue with the metropolis’ existing environment.

Thus the proposal is to create a structure that is composed of vertical white trays that form several structures of varying heights and yet form a unified whole. In essence the tower is to reflect natural landforms, like those created by wind erosion. Sustainability is an important designing consideration in this concept and the plan aims at optimization of the space. As a matter of fact, the building is oriented in the direction of the prevailing winds of Paris, optimizing the structural behavior as also enhancing natural ventilation. Also proposed are strategically placed photovoltaic boards on the façade and wind generators to be used in crowning. With a great potential for developing a neighborhood replete with all the modern embellishments of life, Tour de la Chapelle stands out, actually and figuratively. Check out the gallery below.