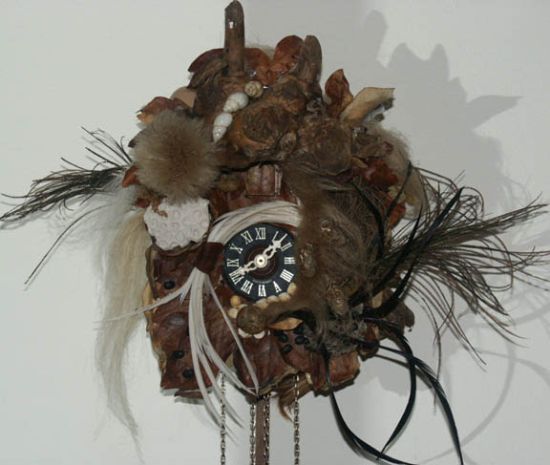 I love cuckoo clocks. And I have owned quite a few in the past. And seen several hundreds in shop-windows and at peoples’ homes. But I have never come across one which looks anything like the Trabsformed Cuckoo Clock. True to its name, it is really a transformed version of the cuckoo clock we all know. What’s so unusual about it? The materials used to make it. The clock has been designed entirely out of natural objects like feathers, snail shells, wood, eggshells, beans, wasp nests and cicada exoskeletons. Ugh… not a very pleasant though, is it? It gives me the creeps. And what about the smell? However, the clock definitely has a mysterious, unconventional, antique look about it. But then, it is weird. Definitely, its only for the wild types.

Stella Ottoman from Urbana: Design in its...

Outside Speaker System to enliven your outdoor...

Finally, a waterproof case for your iPad,...