Trendy MP3 Player becomes a sports gadget while on the playground 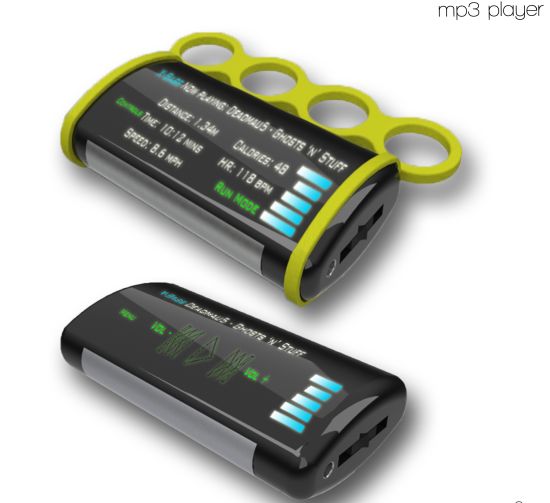 Modern PMPs are too delicate to use in a gym or a playground, while on the other hand, sports based MP3 players are bulky and unattractive for regular use. Combining a sporty design with trendy looks, British designer Paul Rothwell has come up with a functional MP3 player, which essentially is based around a normal music player but can be converted into a sports gadget as well. Featuring a touchscreen interface and a sliding switch to control the functions, the portable music player also displays the time elapsed, calories burnt, current speed and the distance covered, using a GPS tracker, in the running mode. A sensor on the side of the device displays the heart rate, while the rubber finger sleeve gives firm grip to hold the device. 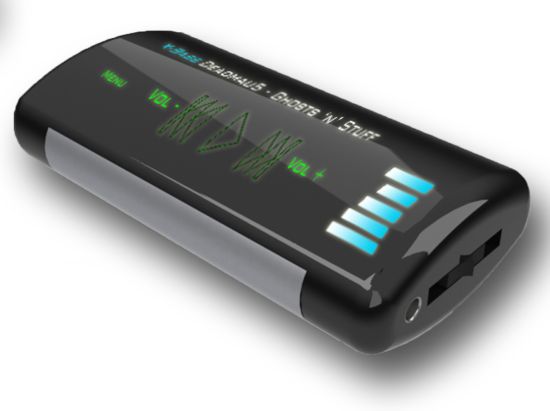 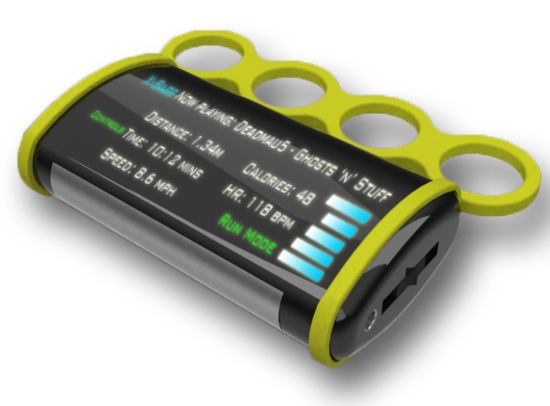 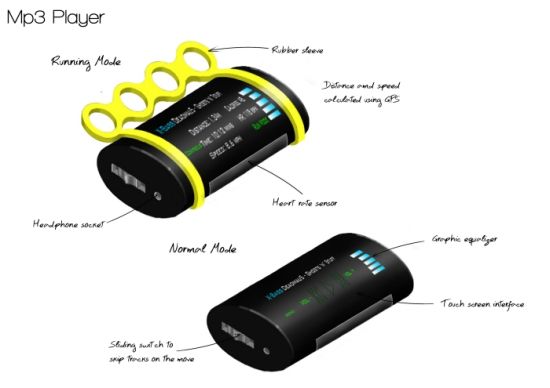 Trendy MP3 Player becomes a sports gadget while on the playground was last modified: August 5th, 2012 by admin

A stunning creation of art using the...

Rocking comfort : OBO is chic and...

The rocking chair: Furniture with a bad...