If you like a hybrid sports car, you must know the BMW i8 car. This car was introduced in 2014 and received a tremendous welcome from lovers of luxury cars and sports cars. More than 20,000 units of cars have been sold since its launch in 2014. Moreover, the BMW i8 has managed to dominate the global market share of more than 50% in the electric-powered sports car segment.

One of the reasons this car has received so much positive response is that it has a plug-in hybrid powertrain. This car is predicted to be the forerunner of the development of BMW cars in the future.

Plug-in hybrid system control is designed for dynamic power delivery and the most efficient interaction of the two machines. The combustion engine with BMW TwinPower Turbo technology transfers power to the rear wheels, the electric motor drives the front wheels. The result is a dedicated hybrid all-wheel drive with a marked positive impact on traction, agility and ride stability

Besides, the BMW i8 is available in Coupe and Roadster variants. The Coupe hybrid consumes 1.8 liters of fuel per 100 km. Meanwhile, the BMW i8 Roadster reported by Autofun requires 2.01 liters to cover a distance of 100 km. 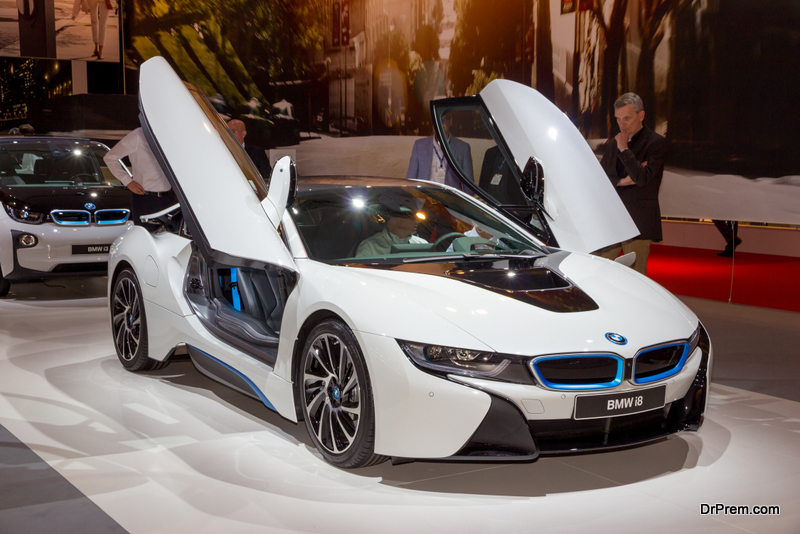 The BMW i8 was introduced at IAA Frankfurt in 2013 along with the BMW i3. The dual debut is the signal for the adoption of a comprehensive electrification strategy, in which the BMW Group establishes an initial and consistent program for a car that focuses on providing sustainable driving pleasure.

If you want to know more about this awesome car, look at the specifications below:

The BMW i8 is a car with a futuristic exterior design. Also, this car has a design like a future car. The reason is that in the current era the BMW i8 car has a design that looks like it has come from an upcoming era.

This car has the same design as a supercar. This can be seen in the body lines that characterize a large car with great power. It can be seen from the flat hood, various aerodynamic devices, short overhangs, long wheelbase and big wheel tracks. As a car with a supercar design, the BMW i8 is a hybrid car as well as an eco-friendly car.

As a hybrid car and a supercar that is visible from its exterior design, the interior certainly has a futuristic design too. Not only that, the impression of being sophisticated and luxurious is felt.

The driving position is also quite low and getting in and out of the cabin requires great effort. His name is also a Supercar! Because of this, the cabin will feel cramped, especially in the rear seats. More suitable for the rear seat of the BMW i8 car used for storing goods. Driving this car will feel like you are in a real racing car, because of the short and low driving position.

The BMW i8 uses a plug-in-hybrid propulsion source. Impressive performance but still fuel-efficient. For the gasoline engine, the BMW i8 uses a 3-cylinder 1.5-litre turbocharged engine that can generate power of 228 hp with 320 Nm of torque which is channeled to the rear wheels.

As for the supporting engine, an electric motor with 141 hp power with 250 Nm of torque is channeled to the front wheels. If these two driving sources work together, the BMW i8 can produce 369 hp. BMW i8 car is also provided with Direct Injection technology which can provide a more optimal engine performance and can streamline the level of fuel consumption in this car so that it becomes more fuel-efficient.

The very expensive price of the BMW i8 will certainly give the driver its satisfaction. Especially for its sophisticated features and also very complete. We will not only be presented with an elegant and sporty car design. But we will also be presented with the luxury of cool and modern exterior features. Like the door design with a unique concept, then there is also a feature called Electronic Stability Control (ESC).

The BMW i8 also features ABS and Driveline Traction Control which will make this car safer when braking suddenly. Then this car is also provided with a parking sensor feature. This feature will also provide convenience and also a sense of security when parking in narrow places. For safety features, the BMW i8 is also equipped with Dual Stage Driver and Passenger Front Airbags, which will protect the driver from possible crashes.

The Reason Why BMW Will Stop Producing Amazing BMW i8 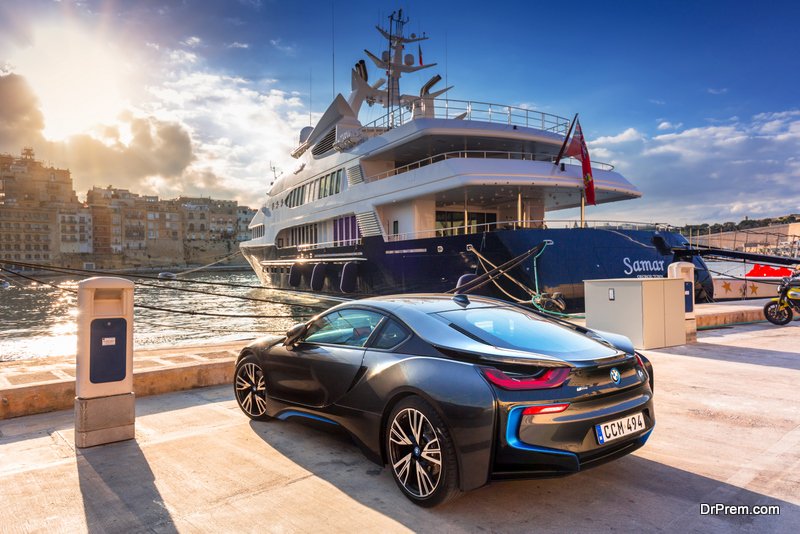 The BMW factory in Leipzig, Germany will stop producing this competitor to the Porsche 911 in mid-April. The decision to stop production of the i8 is not easy, but it must be taken. Because currently, BMW is focusing on developing various new electric models, including the iX3 compact SUV, i4 saloon, and the iNext SUV/

Now, BMW is planning to present an electric sports car built from the Vision M Next concept. There is no further information on whether the i8 will have a successor or not. But the news is circulating that BMW is planning a new electric car with the name i12. Its ability is above the i8 because it can cover a distance of up to 700 kilometers (km), with a maximum power of 710 hp.

Now, we already know the reason why BMW will stop producing the BMW i8. Through its official website, the termination of the BMW i8 production is not because the car was not successful in sales. However, BMW is focusing on developing various new electric models, including the iX3 compact SUV, i4 saloon, and the iNext SUV SUV.

Moreover, BMW is planning a new electric car with the name i12 which certainly has better specifications than the i8. Let’s just wait for what kind of new car BMW will introduce, which is predicted to be much better than the i8.