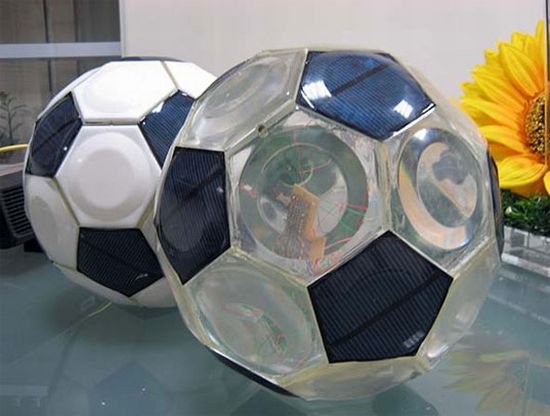 At a time when the entire world is going gaga over FIFA everything beginning and ending with soccer captivates our minds. The timing couldn’t have been more perfect than it already has been for Taiwan based Greendix solar panel designer to introduce the world’s first solar powered soccer ball to the field. What gives the ball its’ entirely new look are the solar panels on the exterior which replace the conventional black pentagonal-shaped leather patches. This makes the ball instantly exceptional by lending it an eye catching, prismatic look. The company is also developing a motion sensing technology to be integrated with the ball which would help the visually impaired enjoy the game too. 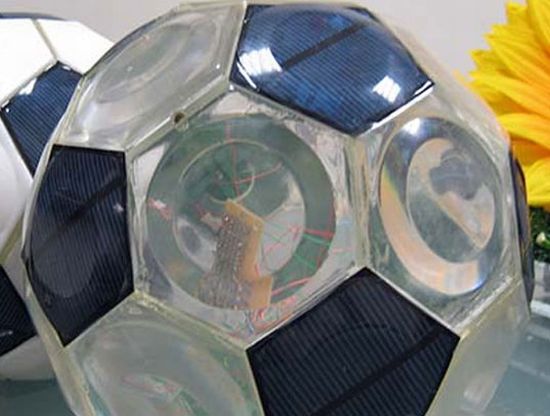 Laptop stand lets you use your computer...

MugLight: Lamp that doubles as a coffee...