10 personal aircrafts to fly you in utmost luxury 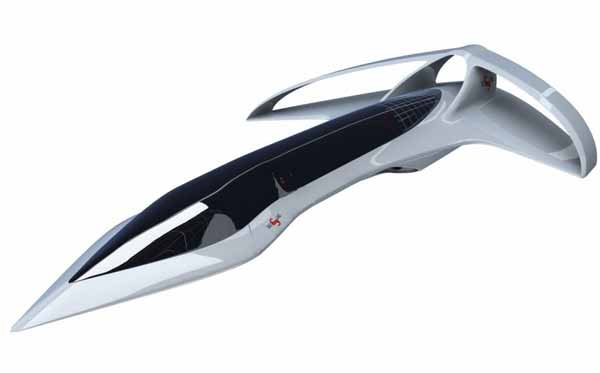 God didn’t give man wings, but instead gave us airplanes to fly in. The world has started moving at a really fast pace and, to match up with this lifestyle, airplanes have become the best means of transport. People, who run extensive businesses, need to travel from one corner of the planet to the other every now and then. For them, waiting for a flight is like wasting precious time. To make sure such Richie Rich’s don’t waste their time traveling, designers have come up with personal jets and choppers that will match up with their lifestyle. Below is a list of ten luxury aircraft concepts, which will make you slip in a state of awe. 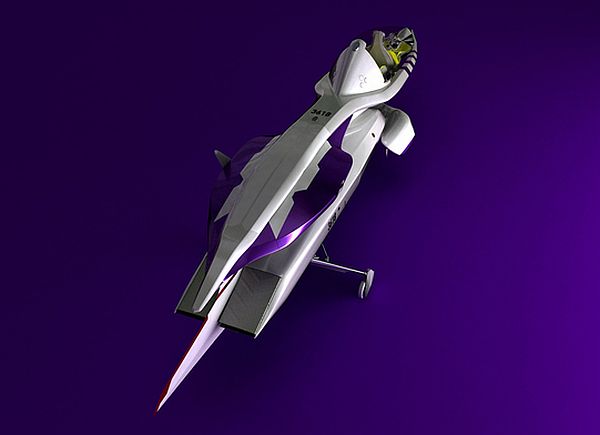 Why travel the way every other person does? To make you feel all the more special, Timon Sager has designed a private jet named AvA one. The two seater AvA one will be powered by a Boeing X-32 prototype thrust engine. The supersonic, comfortable and safe jet comes with solar panel wedged wings, which make it light in weight. At 9,100 kg, AvA one is an emission free ride that makes apt use of renewable source of energy. The steering controls are futuristic, which make it a treat to maneuver and also comes fitted with an excellent display.

DEO, Art Center, Nissan Design America, Troy Lee Designs, Scaled Composites, and L.A.-based Icon Aircraft joined hands to craft Icon 5. The sport plane has been crafted using carbon-fiber-reinforced epoxy composites, and measures 22 foot in length. It has been fitted with wings that can be folded. This cuts down the wingspan from 34-foot to 8.5 feet. The lightweight plane is expected to come with a price tag of $139,000 USD and is expected to fly-high in 2015. 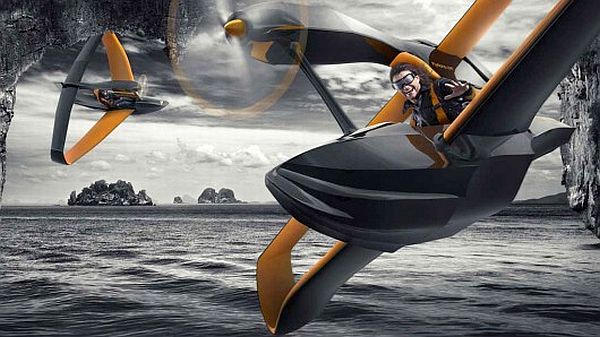 Everything is going Nano! First, it was a car and now an aircraft. Aki Suokas, an aeronautical engineer by profession has built a 70 kg aircraft christened FlyNano. The single-seat aircraft has been fashioned out of carbon fiber composite and can touch a speed of 70 km/h to 140 km/h. With a take-off weight of 200 kg, it can even land and take off on water. FlyNano will be available in three variants, which includes a 20kW all electric version, and petrol-fueled 24 bhp and 35 bhp models. FlyNano, like its name, will burn a nano hole in your pocket with the most expensive version being pegged at €27,000 (US$39,000).

As is evident from the name, the Fly Supersonic Business Jet has been designed keeping in mind people who own vast business empires. These people have a packed schedule and are always in a rush. Diploma graduates from Russia conceived this project, which has a flight time of 4 hours. In total, nine people can travel that includes six passengers, two pilots and a flight attendant. With a cruising altitude of 20, 000 meters, it comes caked with all the comfort and impressive functionality. 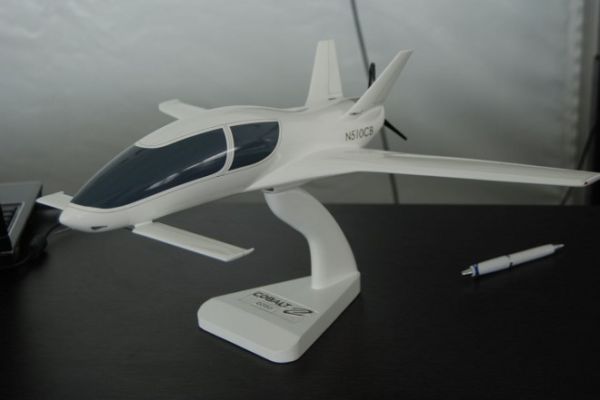 Ready to collide head-on with personal airplane manufacturers, like Cirrus and Cessna, is Cobalt Aircraft with the Cobalt Co50 Concept. With a range of 1150 miles, Cobalt Co50 Concept comes wedged with a powerful 350-hp twin-turbo-charged TSIOF-550-D2B. The flying luxury comes fitted with leather upholstery, which has been stitched by hand and it can hit 245 KTAS at 8,000 feet. Styled in a graceful and sumptuous manner, Cobalt Co50 Concept has got a very spacious cabin in its category. 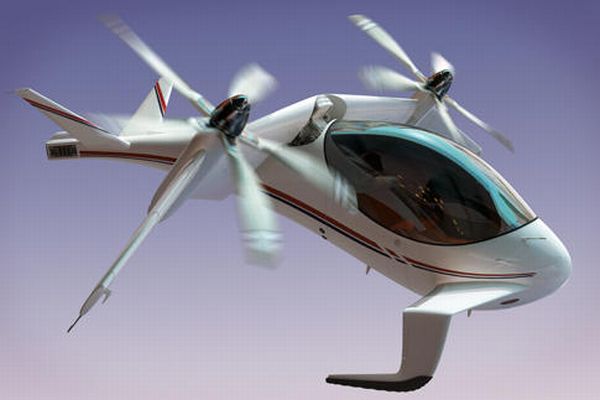 Falx Air Ltd., a company based out of North Staffordshire UK, is the first of its kind to incorporate the best of technology and skills in its Vertical Take off and Landing platforms. Having an experience of nine years tucked neatly under their belt, Falx has been able to devise a chopper platform that will ensure maximum efficiency and fuel utilization for the craft. Of course, the latest aircraft designs have been created by coupling up the efficiency with the battery backup, technology and the most amazing electric motor. 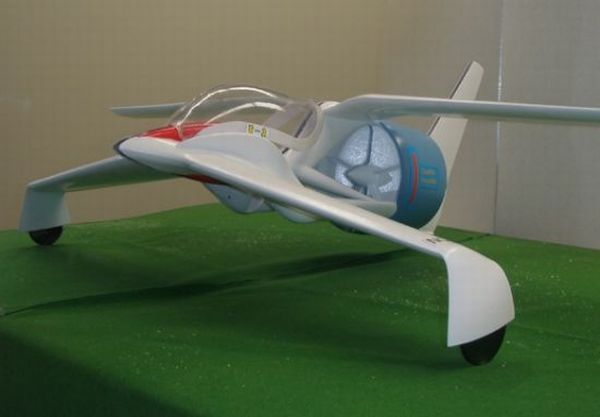 If your dream was to fly in the sky, then U-Fly personal aircraft, designed by Gary Redman, is here to give you wings. A single-seat aircraft, it will send an adrenaline rush just like any sport vehicle. A person weighing up to 100kgs and 1.9m in height can savor what U-Fly with electric propellers has to offer. 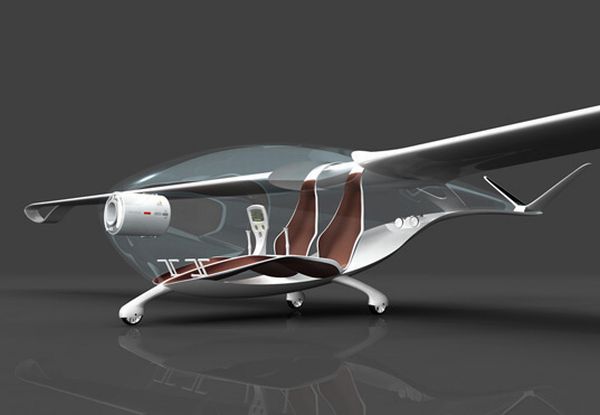 Oriens Glider has exploited the concept of a motorglide further by incorporating a transparent design language. The glider is energy-efficient and has been crafted out of recyclable substances. Designed by Roland Cernat, it has a glossy organic outline and runs on clean energy. Based on cradle-to-cradle ideals, Orien has been fashioned from flax bio-compound which gives it a light weight.

EQP2 Excursion has been designed by Oyvind Roar Berven and Tomas Brodreskift. The aircraft’s fitted with two electric propellers and has a range of 1,265 miles. It can touch a top speed of 250 mph with a capacity to seat two people. EQP2 Excursion will be easy on the pocket and is expected to make an entry by 2013. 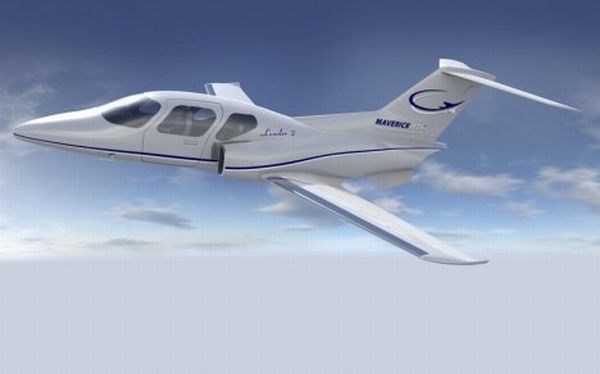 The solo jet by Maverick Jets talks speed. The 5-seat aircraft can cover more than 600 miles in just an hour and comes with comfortable interiors. In a minute, it can scale high till 8000 ft, which is simply amazing. So, if you have 1.25 million dollars, then you qualify to own an aircraft like this.

10 personal aircrafts to fly you in utmost luxury was last modified: August 5th, 2012 by admin

Antares Lift: Carry your bike inside your...

Hydration Pen will tell your teens if...

Highway Fish for a safe cruise on...

Aldo Barreto-A designer with a Mission

Canguro is a hybrid between hand truck...