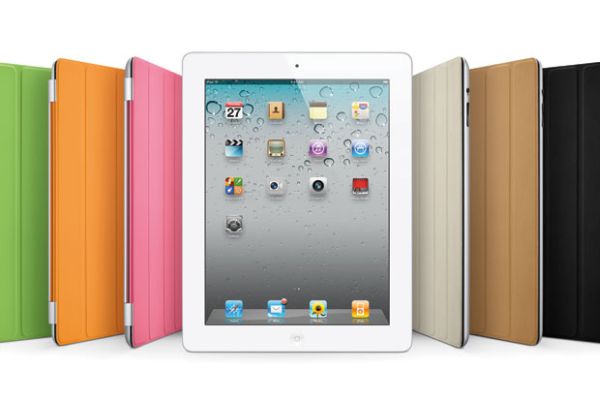 Finally, the wait is over. With so many tablets ruling the tech world, still everyone waited with bated breath for the launch of iPad 2, which goes on sale on March 3 in USA. This second generation of iPad claims to be much faster than the original iPad. Its sleek and sparkling appearance proves yet again, why people go gaga after seeing an Apple product.

Good things come in small packages. Proving it is iPad 2, which is 33% slimmer (8.8 millimeters instead of the current 13.4 millimeters) and is 15% lighter than the previous one. Available in Black and white colors, Apple CEO claims that it is even slender than iPhone 4. With such a weight, it will prove to be very handy. Reading ebooks, watching movies and surfing the net have never seemed so effortless, especially when one is always on the move.

Since the gadget size has shrunken, what about the battery life? Maybe that has gone for a toss too. But don’t jump to conclusions and read ahead. Apple has not compromised with the battery life and the new iPad has a startling 10 hour backup (same as iPad 1). Avoiding the battery to die faster are A5 chip and iOS. When traveling for longer hours (by road or on a flight), iPad 2 will accompany you and entertain you without a second thought.

Expect the second generation of iPad to work much faster because of two powerful cores in one A5chips. Feel the difference when watching a movie, surfing the net, video conferencing or multi-tasking. It will be much faster hence, taking the whole experience to a different level in terms of satisfaction.

Double the Experience with Two Cameras:

Two tiny lil’ dots that you see on the rear and front are actually powerful built-in cameras. Adding to the whole face to face conferencing experience are these HD cameras, so that you don’t miss any movement or expression of your loved ones. The front camera is 2 MP and the rear 8 MP, so be sure of the picture clarity as it will be nothing but life like. So, chat and show people what’s happening around you at the same time.

So, you love playing games online but the only hiccup is the way graphics at times play a spoilsport. Well, stop brooding over it, iPad 2 is at your rescue! Playing games on this all new version will definitely give you that adrenaline rush as it comes pumped with nine times the graphic performance. This feature will make your applications work at a swift pace as well.

Complimenting each other are the iPad 2 and its Smart Cover, which will make it look all the more swanky. It will not only add color reflecting your personality but will act as a shield for your iPad’s screen. Remove the cover and see your gadget coming back to life again. As soon as your cover the screen it will doze off instantly.

With a 9.7 inch display and 178° viewing angle, it is nothing but a treat for eyes. Everything that we will view be it photos or videos will be in high resolution. It comes with LED back-lighting which make everything appear crisp, ostentatious, clear and striking even when the lighting is dim.

Feel the Power Right in your Fingertips:

As soon as you touch any icon on the screen, see it work at once. So, swipe or tap while chatting, emailing, reading books or simply seeing pictures with a lot of fun intact.

Pegged at the same price as its initial version, which means the second generation iPad will start from $499 for the 16GB WiFi model version. But if you are planning to go for a 64GB 3G model, then be ready to shell a little more as it will cost you a good $829. iPad 2 goes on sale in the USA on March 11 and on March 25 all around the world including UK and Ireland.

Wall Stairs: Staircase that sinks into the...

Watree to water playgrounds throughout the year

Parking slot that doubles as your child’s...