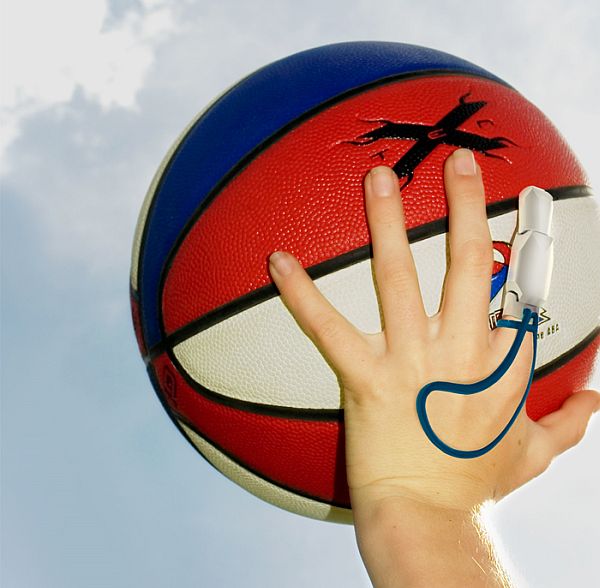 A prosthetic finger named Aquatip, designed by Leticia Cervantes is here to change the way people without fingers live. This very useful piece of equipment that comes filled with a liquid bladder with exposed ends will let the user get a sense of touch. This bladder works on Pascal’s principle because of which the liquid will travel to the other end because of the pressure on one side. Such a situation will create a bubble which will cause sensation after it moves ahead and touches the skin.

It comes attached with a security strap that has been crafted out of rubber latex. This strap momentarily is fixed on the palm and top of the hand after it envelops around the remaining finger. Simply washing the adhesive will reactivate Aquatip, hence no extra effort or expenditure is involved in it. This equipment with a liquid bladder can also be used by those who have some difficulty with finger movements. The prosthetic finger will help people with restricted finger movement or those without fingers to perform all tasks with its capability to make them feel.

Aquatip has been specifically designed for those who have a problem related to their fingers. It can be any kind of problem, like difficulty in movement or even for those who have lost their fingers because of some accident. This restricts them from grasping things with all the strength which can be solved by using a prosthetic finger.

People who don’t have fingers face a lot of trouble while writing and eating. It becomes difficult for them to hold a pen, spoon, knife or fork. Besides this they also lose all the strength required to grasp things, hence probability of holding objects properly without their chances of falling down lessens. At times a state of missing fingers may also lead to some psychological trauma. But the presence of prosthetic fingers will help them lead a normal life, hence kicking aside the ordeal faced on an everyday basis.