Smoking as we know is very harmful for the body and has a lot of negative affects on the smoker as well as any passive smokers around them. Many countries all over the world have taken this matter very seriously and therefore made it mandatory for all cigarette packets to be sold with a warning. These warnings are not just in plain words now though, the authorities have included graphic images of the harmful affects that cigarette can have on the body. These images have been added on the packs to increase the fear of the later health problems that a smoker could face and thereby hope to reduce the number of people smoking. These images on the cigarette packs carry strong messages along with them to educate people on the ill affects of smoking. 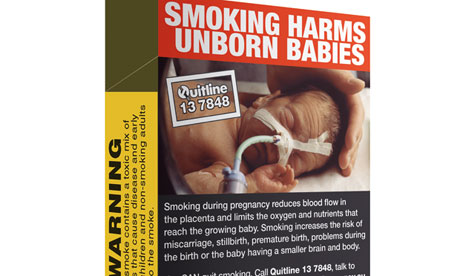 How images on packs can affect?

Little did the creators of these images know that an image created for this purpose could not only get people to kick the butt but also get them nominated for any awards let alone a prestigious Design Award. The image on the Australian cigarette packs has been nominated for a Design Museum Award for its strong unappealing message that it sends out to everyone buying a cigarette packet in Australia. All the packets being sold in Australia carry the image of a tiny baby who has a big tube of a ventilator machine inside its nose; the pack also carries in big bold letters a message that smoking could be hazardous for unborn babies too. This picture can be one of the best illustrated problems that people who smoke or in the families of loved ones around them may have to face due to smoking.

Why the design bagged the award?

The cigarette packet comes without any kind of branding or advertising other than this sad image of the baby and its message in bold letters. The Design Museum of London has added this image as a nominee in the “Design of the Year” category along with other designs from the likes of the Clapham Library and others. The image does not need any other extra fringes or those fusses like other advertising images and still manages to convey a very strong and important message to everyone who even takes a peek of the pack. To make these packs even more unappealing, the pack is colored in an ugly olive green color and making the picture stand out as more prominent and hard to overlook. 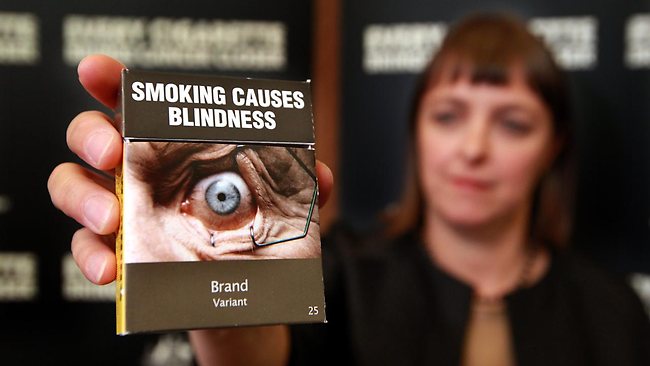 The image and the color of the pack do complete justice to message that the packet wants to deliver to everyone that buys a pack of cigarettes in Australia. The image of the child is a very vivid one and very hard to forget or ignore and can leave a big impact on the minds of everyone buying cigarettes in Australia.  The nomination for the Design Award is just another feather in the cap of the team that designed this pack, but the true fight they are fighting for is the cause of high mortality due to smoking. Getting a nomination for this award reinstates the kind of impact that this image has without using too many advertising tools like flashy backgrounds etc. The sad picture of the kid is a bitter reminder of how badly smoking can affect the lives of kids for not fault of their own. A reminder of the kind of life that we can avoid for our children by simply kicking the butt and keeping them in a safe and clean environment and have lesser mortality in newborns due to the smoking habits of their parents.