Bridges never fail to fascinate us. Not only they bridge two distant lands, in addition, they also bring modern architecture with nature. In fact, here’s nothing quite like watching a sunset or sunrise from a bridge. However, if you think that’s what bridges are all about, then maybe you didn’t see the complete picture. Although our existing bridge designs are great , nevertheless, the concepts that the architects are coming up with are one level above them. Bridge designs for the future like inFORM’s multi-use pedestrian bridge are going super innovative with out of the box designs. These are as eco-friendly as they are beautiful and functional. If we see them materialize in our near future then these would surely change the face of modern architecture.

Leaving behind 47 other firms in a competition is inFORM’s blueprint for a multi-use pedestrian bridge. Swapping the main highway bridge is a more competent I-195 bridge. It has been erected and now the spotlight is on the prime location. In fact, this will be further come into use for various purposes.

According to the present plant, it might near its completion by 2013. With a built in café, external sitting room, sculpture areas, sundeck and gardens, the boardwalk designing is totally awe-inspiring. The bridge will amalgamate the present river walk with both new and existing green spots beside the river. Furthermore, it would unite the Fox Point and College Hill areas with downtown Providence and the Knowledge District. In addition, it will also make available room for street amusement, local road hawkers, on sore fishing actions, etc.

A budget of $2 million exclusively for this project which will complete in almost 18 months. 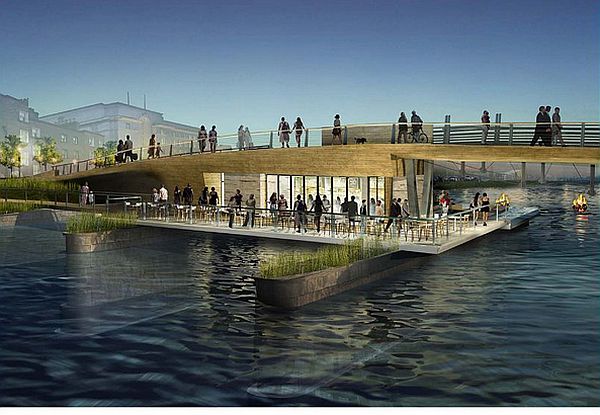 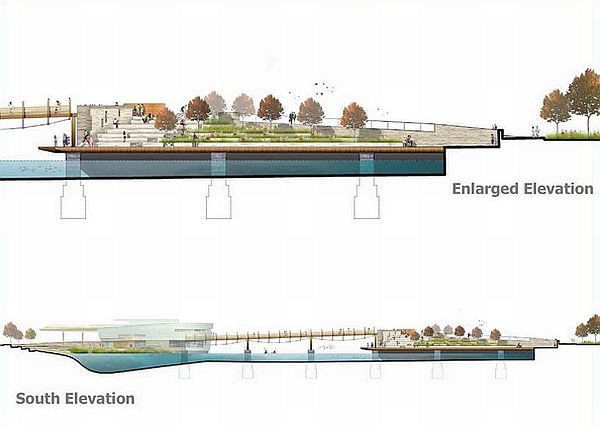 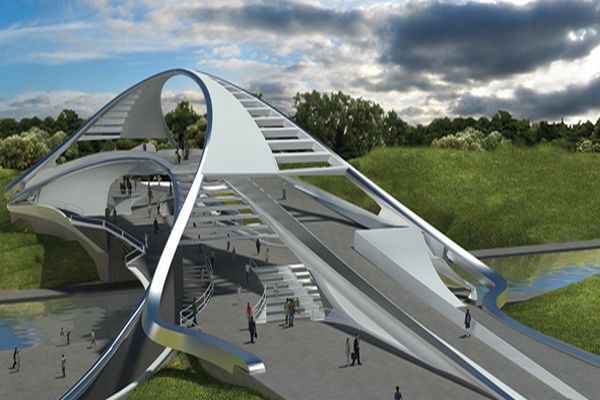 Conceived with the image of a tantalizing interplay between light and shadows, the Lens Bridge by Nikolay Tsochev links five neighborhoods surrounding the River Lea through a visually welcoming space that is open as well as architecturally appealing.

The building would be very carefully oriented. Using natural light to guide the community from either side to the other end, the bridge serves primarily as an art installation being both a sculptural work that corresponds with natural light as well as an acoustic project with mini amphitheaters on both ends that allow local artists to showcase their talent along with a platform for multimedia displays for the local community.

Although the most remarkable bridge designs from around the world rely on imposing vertical lines that significantly overpower the surrounding landscape, the Lens seeks to create a calming influence with its soothing arching symmetry blending into the natural contours in its neighborhood. The two platforms with a multitude of lenses form the basis of the design and split it into two perspectives for the Legacy Park, with the lower level serving as an the auditorium for educational as well as recreational purposes. The panoramic upper level provides a 360 degree viewing area that overlooks the recreational area with the Populous’s Olympic stadium as well as the Zaha Hadid swimming pool at the north end of the park completing the surrounding skyline.

The main structural supports in the construction of the Lens Bridge have a chrome finish. Therefore, they reflect softly the ambiance of the park itself. This allows the structure to melt into the overall mood of the area without being an obstruction in the view itself.

This novel concept came into prominence only after the opening of the East Span of the San Francisco on September 2, 2013. While many want to break the construction and transform it into a housing area, or into a public park, architects Rael San Fratello have something else in store. They decided the construction to be rebuilt to boast bike paths, combing walls and outdoor cinemas along with hotel rooms and a very large swimming pool. 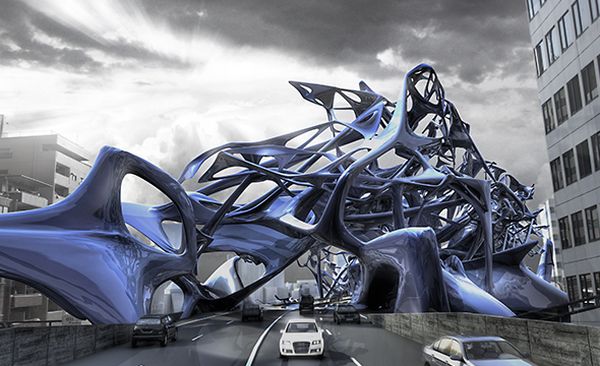 The “Inhabitable Bridge” in Tokyo is an amazing work which has a very unique algorithmic nonlinear pattern of architecture based on the “Living Bridge” design. It clearly derives its inspiration from other visionary Japanese architects. This design was researched by the team from the Complex Phenomena studio. Therein it aims to connect two residential neighboring areas of Tsukishima and Ginzaia. It would connect these two via the bridge that obtains its design from the algorithmic generation of various patterns. These include both programmatic and spatial patterns.

This unique design was developed after identifying the movement of vehicles and people in the city. This was done by taking note of the complex flow of movement, by modeling them as a “vector field.” Then from the vector field, the designers identified various patterns that were created by vehicles, cyclists and pedestrians taking their normal course that kept changing the shape of the vector field.

This also made the designers aware of the inhabitants of the bridge, thus enabling them to develop a space that connected the riverfront in accordance with various to and fro movements. This nonlinear/algorithmic design looks absolutely breathtaking as it actually represents the turbulence on the vector field, and is an amazing way to turn that into a grand structure, which in final form would be absolutely breathtaking!

Although this bridge may never become a reality, it is truly amazing with an incredible design. The design of the bridge goes to the credit of architect Denton Corker Marshall who aimed to design the bridge for the Jinsha Lake in Hangzhou. The three ribbons of the bridge offered a plane surface for cyclists, allow various aerial views to the visitors as a means of decoration. 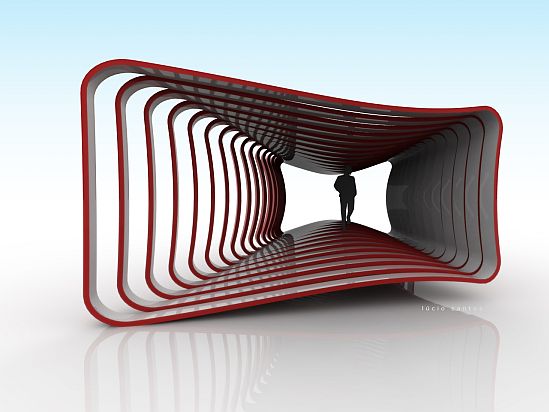 Brainchild of designer Lúcio Santos, Striations sky bridge is a conceptual study that uses the striated / modular approach to designing integrates it with functional architecture. The design, which one can also interpret as a free-standing formal pavilion features a series of striations with each striation containing only a single curvature. The futuristic sky bridge presents an urban alternative to the traditional tube bridges that link two buildings above ground level. Though the structural stability of the striations project remains under a question mark, especially with consideration to Seismic safety in sensitive area, there is no doubt that the beautiful design should make a wonderful post-modern attraction for the urban landscape.

This amazing bridge concept will redefine your idea of how a bridge should be. For those who think a bridge can be crossed only by walking, or other such “boring” methods, this bridge is something really eye opening. The concept bridge is designed by Paris based studio AZC, and resembles an urban playground that would cheer up an average person, or make their day that little bit better. A pedestrian could bounce on the bridge as they pass, having a bit of a sporty fun to go along.

From the inFORM’s multi-use pedestrian bridge to inhabitable bridge all the construction giants enlisted in this article are truly mesmerizing concepts that everyone will want to become a reality.

Bridges have always been a part of our fascination right from childhood when we first saw them. These are not merely bridges but a very creative and innovative construction that takes away your heart.