Home Design Buzz Popular Can we improve upon the current aircraft designs? 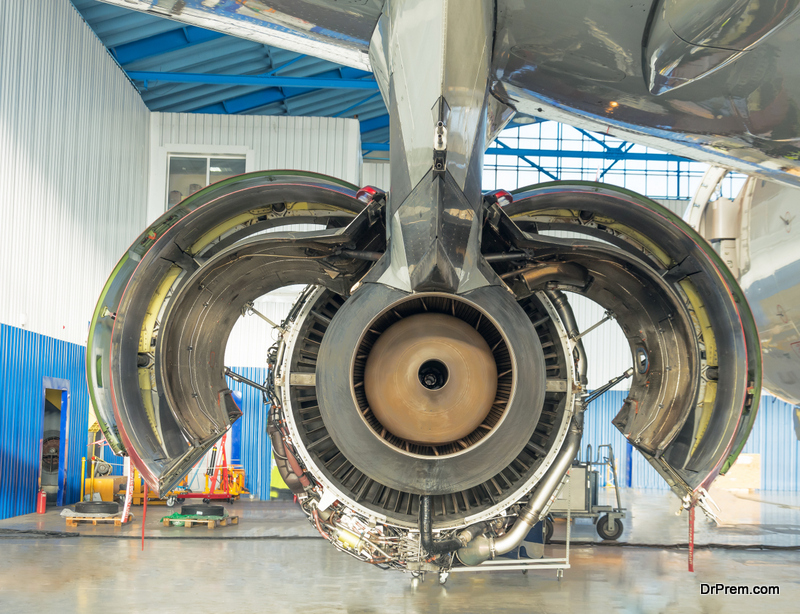 Can we improve upon the current aircraft designs?

The current aircraft designs have reached where they are today after years of research and innovation. Aircrafts fly smoothly through the air even though they weigh more than 500,000 pounds i.e. they weigh more than a fully grown blue whale. The technology that achieves the flight has been improved upon, but with the growing need for aircraft to be more fuel efficient, there is a need for change in design also. Easier said than done, of course. Let’s take a look if we can improve aircraft design and how soon can we see these improvements.

How can we improve aircraft design? 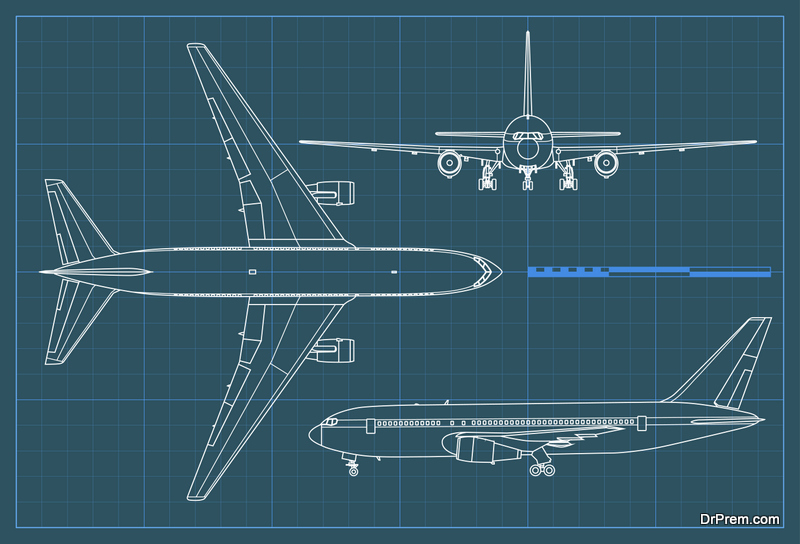 Boeing recently announced their latest aircraft line, the 787 Dreamliner, which they claim will use 20% less jetfuel than same sized planes which are currently existing. This is a big achievement and they have put themselves in the lead for now. Other airliners too are experimenting with design features and materials which would allow for the same amount of fuel consumption.

Mankind has always been fascinated by flying as it is the one thing that seemed to be out of reach for humans. After careful studying and following the laws of physics, modern aircraft were designed.

Do planes have to be faster or bigger than they are now?

Even if planes have massive weight, they are able to fly as they throw the air down, basically carving tube of air as they fly, which the wings deflect downwards.

A fatter or bigger plane which has larger cross sectional area sweeps out more amount of air, and so does a fast plane. So does the plane have to be faster or bigger?  As the plane throws down the air, then the lift is generated to help it stay in air.

Slower planes throw air harder in order to fly, in the same manner as pigeons and hummingbirds who have to flap wings quite frenetically to fly. This is also the reason why the wings are extended during landing, as the air is not thrown fast enough, but this compensated by throwing more amount of it.

Aircraft technology improvements have to be such that the optimum amount of fuel is used both for speed and lift. If planes can stick to the ideal speed limits, they can conserve fuel or else they would use more fuel. The engine, shape, surface as well as body design improvements can help to drive fuel savings. 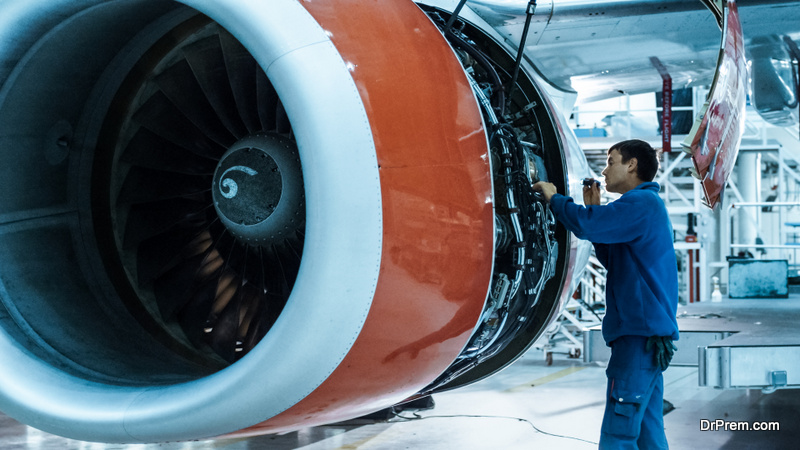 The biggest contributor to conserving fuel is engine design improvement. New technologies have enabled companies such as Boeing achieve enviable efficiency gains. One of the aircraft technology improvements has been to manufacture one piece fuselage which eliminates the use of 1,500 aluminum sheets as well as approx 50,000 fasteners. This obviously reduces the weight of the plane, allowing for less consumption of fuel while traveling faster.

The one fuselage engine is eco-friendly in another manner – fewer aluminum sheets are used. Though the size of the planes cannot shrink much, but the new technological developments can focus on increasing efficiency of the engine as well as the materials it is made of.

The latest planes from Boeing, the 787 Dreamliners and the Airbus 350 have changed over to lightweight carbon composite material instead of aluminum, which reduces the weight of the plane drastically. Carbon composites are very strong. They are basically mats made from carbon, embedded in plastic.

Experts say that airline improvement ideas such as using composites might reduce weight considerably. Using composites has also been the introduction of the trailing edges on the wing of the Airbus A350, thus enabling a design change in the aerodynamics of the plane.

Other factors which promote the use of composites are that they pave the way for further savings. For example, presently the Airbus A380 has approx 6 million parts, but it could be drastically reduced in the future, by moulding all parts together using composites. Manufacturing time will be shortened and save money.

Thus, one of the technologies for improving fuel efficiency is to use composites. Even if the weight is reduced by one kilo, it means a saving of approx 603,000 pounds in costs over lifetime of the aircraft.

As carbon composite is much more flexible than aluminum, it gives aircraft designers much more flexibility in bringing together aerodynamic efficiency, reduced engine noise and fuel saving. The plane’s lift-drag ration would improve and future designs indicate that the fuselage, for one, would be fatter than the narrow ones we see today. The wings would be slimmer and long.  The design of these planes (Airbus 2050 concept aeroplane) would provide more leg room too. 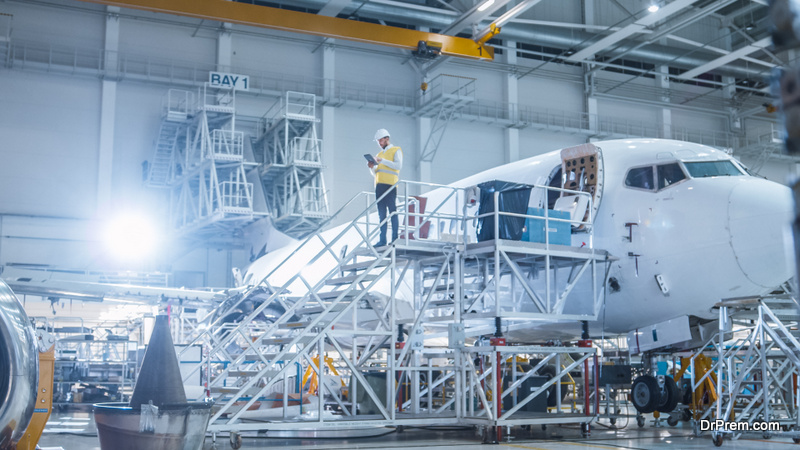 Almost all aircraft these days have hinged flaps as well as ailerons which control motion of the flight. The Wright brothers had designed movable wings. Now, some engineers at NASA and MIT have developed a bendable, morphing wings system, going back to the days of the Wright Brothers.

The innovated wings would help in simplifying the process of manufacturing as well as reduce the fuel consumption, as the wing’s aerodynamic design would improve. The agility would improve too, as it would be based on micro units, extremely lightweight, and assembled by robots. These units could ultimately be used to construct the entire aeroplane. Overlapping pieces resembling feathers or scales would cover the wing.

Designers had tried earlier too, to achieve a design for the wing would allow it to deform as required. But the method used was with the use of mechanically controlled structures which ended up being too heavy, thus cancelling out any advantages of efficiency.

The new wing design however, does not focus on the embedding elements into the wing, but concentrates on making the whole wing moveable. The entire shape of the wing would be able to change and twist uniformly along the length via two tiny motors applying twisting pressure to the wingtips.

The new concept is being considered as one of the technologies for improving fuel efficiency, a revolutionary concept which would be pave the way for disruptive innovation in the field of aerodynamics and other fields.

For the layman, it would be easier to understand that the wings or other structures based on this concept, would be joined together in the same manner as putting children’s building blocks together. There would be a number of the tiniest, lightweight ‘digital blocks/materials’, which could be assembled into an almost infinite variety of shapes. These shapes/structures would be exceptionally strong, flexible and lightweight, and would definitely be one of the factors to improve aircraft design in the future.

This method could be used to build complex structures such as flexible robotic devices, as well as robots with completely moving legs and arms without having a number of joints.

Why the new tech would be a gamechanger?

To save fuel, an aircraft should be light and fast. The engineers collaborated with NASA and sought ways to improve aircraft manufacturing efficiency and flight. If this new wing model works out, it would mean a lot in conserving fuel and reducing the greenhouse gases’ emissions from planes. Even a small reduction would be significant. This development could be a realistic development as the wind tunnel test of the structure showed that it matches the aerodynamic abilities of conventional wings at 1/10th the weight of the conventional wing.

The birdlike skin of the wing which resembles feathers is made out of overlapping strips arranged in layers, which allows the pieces to move across from each other as the entire wing flexes, but the outer surface remains smooth.

As the plane would be made out of modular units, it can be taken apart at any time, the parts used for other structures and put together again when required. Repairs too would become too easy as only the damaged parts or blocks would have to be replaced.

After the success of the wind tunnel tests, the team extended the work to testing a flyable aircraft (unpiloted). First, the tests were conducted with a certified test pilot who reportedly found the plane extremely responsive. Initially, the new concept/tech would be used to manufacture robotic aircraft small in size, kind of drones which would be used to deliver medicines etc to remote, far flung areas in developing countries. 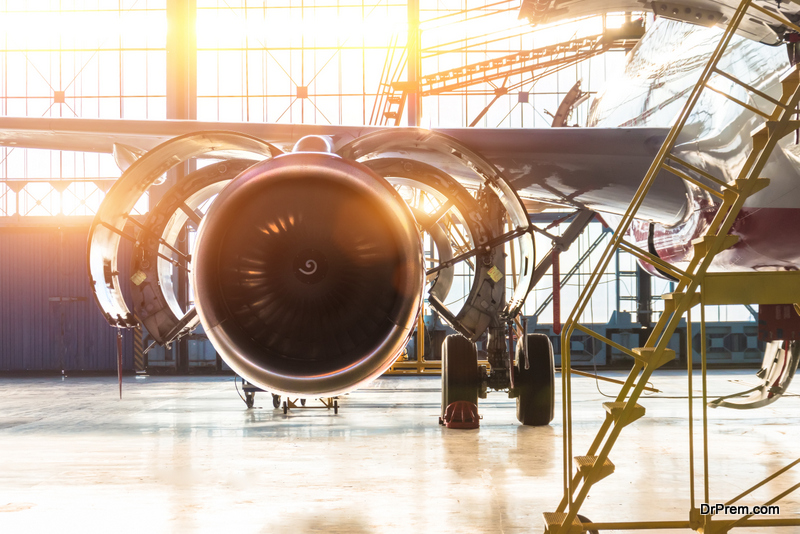 Electricity is by far the most eco friendly fuel. In the future, electric vehicles will be the norm, and we would see electric propelled flights too in the coming future. Most of the short haul flights will be powered by electric batteries.

Current aircraft designs can be improved upon, but not in a drastic manner overnight. The changes or improvements will occur gradually, as the technology advances and new materials and designs are tested thoroughly.