Dragonfly is a modern emblem of environmental self-reliance 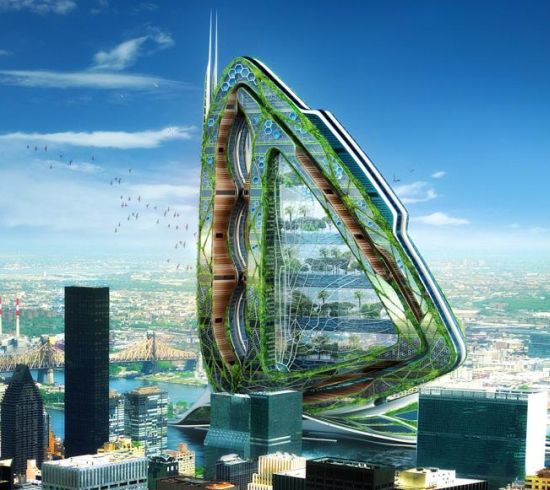 Increasing population in already packed cities has tossed up the new concept of urban farming that provides fresh fruits and vegetables for city dwellers even without the need of wandering in the crowded city market area. Reconnecting consumers with producers, the Dragonfly by Belgian architect Vincent Callebaut is an incredible urban farm concept for New York City’s Rochester Island that that spans across 132 floors and 600 vertical meters. Inspired by the wings of a dragonfly, as suggested by its name, the futuristic structure is big enough to house 28 different agricultural fields for the production of fruit, vegetables, grains, meat and dairy, addressing the issues of food mileage and shortage among city dwellers. The Dragonfly accommodates numerous offices, research labs, housing and communal areas, which are smartly intercepted by orchards, farms and production rooms. The urban cityscape fulfills its energy needs by harnessing the solar and wind power, while the cooling is controlled by natural ventilation, together with the evapo-perspiration from the vegetation spread across the structure. Moreover, the modern structure also accumulates rainwater to irrigate the farming. 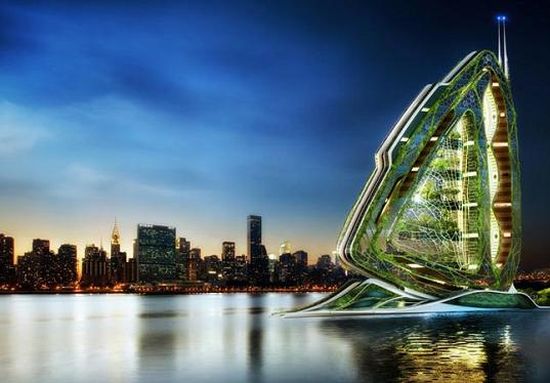 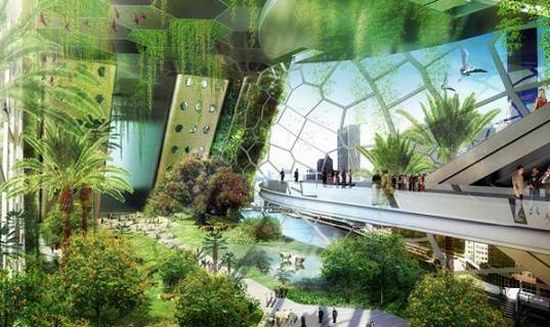 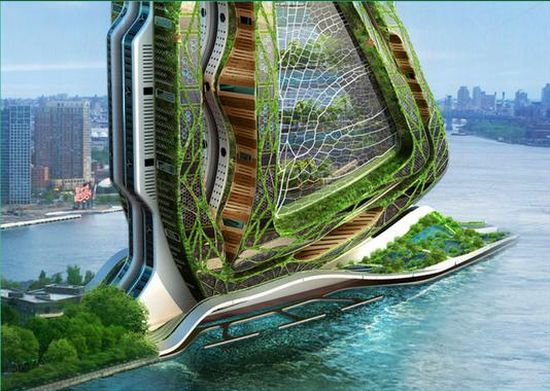 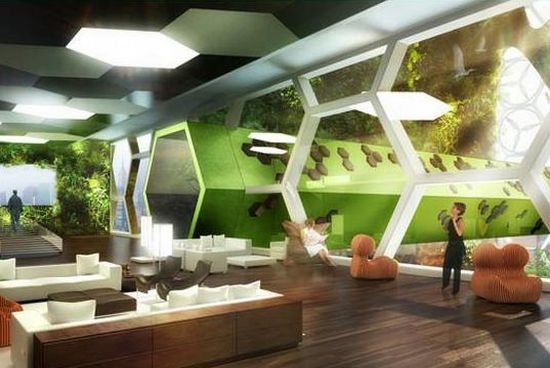 Dragonfly is a modern emblem of environmental self-reliance was last modified: August 5th, 2012 by admin