How about trading your shot glasses for some really cool and creative alternatives? Here are 5 of the coolest game shot glasses that you can ever come across. 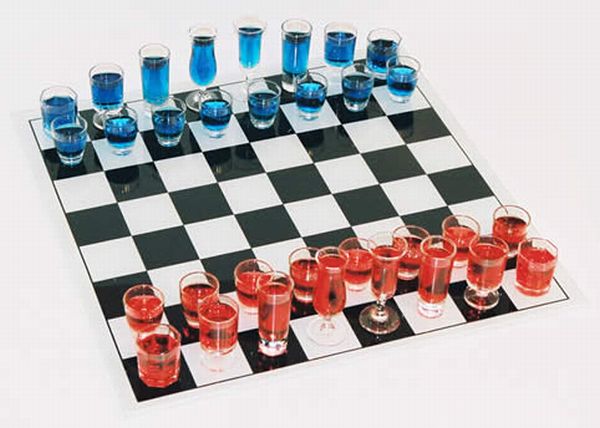 How about challenging your friends to a game of shot glass checkers? The rules of the game are pretty simple. Whenever your opponent capture’s your piece (which is a shot glass by the way), he/she has to drink it and vice versa. The more valuable pieces would comprise of larger shot glasses. So the further ahead you get, the more inebriated you would become.

Similar to the Drunken Tower Shot Glass Game, the Jenga Shot Glass game would consist of 60 wooden blocks, each of which would contain one among 15 challenging commands. The person should remove the block and read the command printed on it. He/she should then follow the command and place the block back at the top of the entire pile. The successful completion of a challenge would earn him/her a drink. This procedure needs to be followed by every player repeatedly until the tower falls down.

How about betting on the drink you want by playing the Shot Roulette Game? The set comprises of a roulette wheel which holds 16 shot glasses. 2 metallic roulette balls are then used to choose the lucky drink, and drinker. A really fun game for parties. 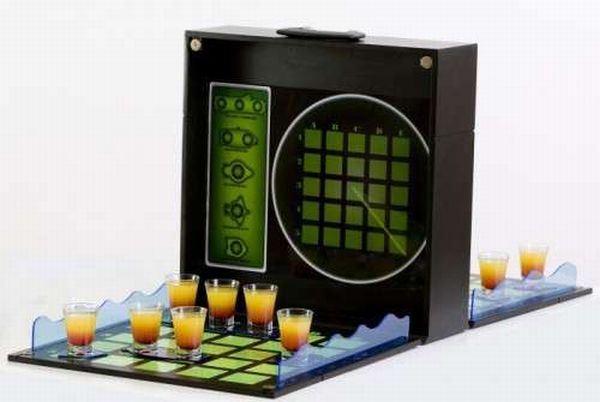 Designed by Mauricio Harion, the Enigma Battleship Drinking Game has probably got to be the coolest version of the standard Battleships game. The game follows the basic principle of shooting down shot glasses (which are considered as ships) in order to win. If you lose a ship aka shot glass, you have to drink it. The more you lose, the more you have to drink, and the easier it would be for your opponent to win the game.

Dunk a ball to get a drink. That’s a pretty fun idea for a party. But instead of hopping around real baskets, try dunking a ball with the Basketball Shot Glass Game. The game comprises of a game board and 6 shot glasses. Dunk a ball and you get your opponent to drink a glass and vice versa. The one who remains steady and with the more number of still full shot glasses at the end of the game wins.

These are some pretty fun ideas for games using shot glasses. So the next time you plan to host a party, consider investing in one of these shot glasses games to make your party livelier.You won’t regret it for sure.