Iugo Bracelet is a sad reminder of the pre-Facebook era 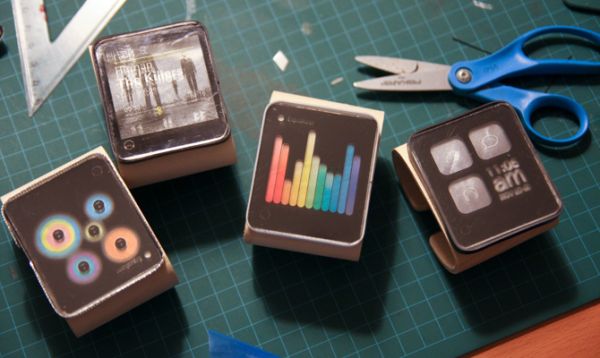 The design team behind this communicator concept describes it as being a “gadget based on the idea of fusing the human senses together into a portable and wearable form” which seems innocent and innovative enough until you take a closer look and realize that the gadget basically works like a touchscreen cell phone/media player slapped on to a chunky wooden bracelet!

Unfortunately for the designers Joey Chung, Vince Lo, Eunji Choi, and Cynthia Chang, the idea has been done to death already with the cellphone-on-your-wrist concept dying out in 2008 and the your-whole-world-in-a-single-device-and-at-a-touch thing already being present in even the most basic mobile phones out there these days.

With no other specs or innovative features to boast of, the IUGO Bracelet is a huge letdown for anyone who expects modern-day gadget concepts to be better and bolder than anything else we’ve seen so far. The only real innovation that one sees in this product is the name they came up with.

IUGO means “to connect” in Latin and that is somehow supposed to be juxtaposed with the wooden veneer of the bracelet that represents the connection between man and nature. The sad part is that, most people who want to connect with nature just get themselves a real plant or real pets and don’t need a gadget to do so even in the largest cities in the world.

What’s even sadder is that the concept has its own storyboard depicting the meeting of long-lost friends who use the gadget to reunite in a city otherwise full of strangers. We’re guessing it’s because the gadget has no interface for Facebook or Twitter and these people are a part of a cult that has branded all social networking sites as the Devil’s tool. For the rest of us who actually are on social networks, this concept just doesn’t make any sense at all!