Home Interior Design Match your kids’ bed to their personality 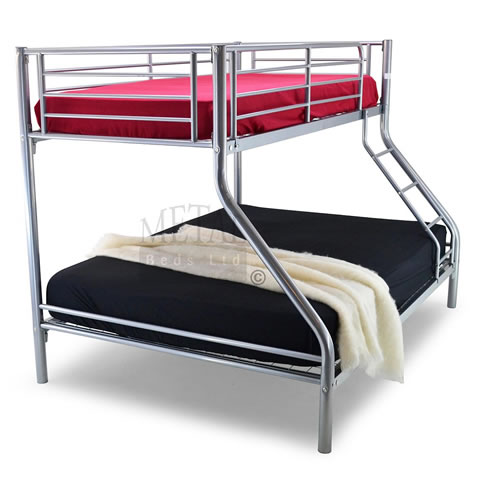 Match your kids’ bed to their personality

Astronaut, superhero, princess, Indiana Jones, a dinosaur. Kids know who they want to be from a young age, and we want to support them in doing that, so consider how well their bed matches up to who they are when it’s time to upgrade. Everyone is unique, but here are a few of the basics for you to think about:

If it was up to them they would live in the jungle. Walls can’t contain these avid explorers and their room is just an excuse to make a den. Platform beds are traditionally low down, so a great inside-alternative to a tent. Added bonuses include space for a mosquito net and swinging rope above it, in case you’re transported to the rain forest, and the frame doubles-up as a raft for when monsoon season begins. Just don’t be surprised when they ask for a pet Tarantula to complete the jungle look.

Nose in a book about wizards, head on another planet. With these guys it’s best to put them as close to the clouds as possible. Loft beds are some of the highest, ensuring their imagination stays vivid and leaving plenty of room for a bookcase underneath – you never know, there name might be on it, one day.

‘Mum, I don’t have time for a story. Shares in Chocolate bars are going up. We need to invest!’

Often found trading Freddos at lunch time. They know what they want and that’s success. If your child has the drive to turn anything into a business then consider getting a cabin bed with desk space underneath. That way they can keep their spreadsheets in-check, pin up their performance targets and be the CEO of your home.

200 texts per minute – no problem. They know all the playground news and that doesn’t happen without staying on the scene. Bunk beds facilitate the chatter-space to keep them up to date with friends when they come round, without using up that valuable under-the-bed storage. Earplugs advised for parents though – good gossip has no max volume.

They are three Moshi Monsters from owning them all. Mini Ben and companions have occupied the windowsill and shelves and these prize possessions won’t be moving anytime soon. To save them from the loft, look at Ottoman or storage beds to create an extra stash for their rare modern-treasures.

Die hard football fans will never change their team. The next Lewis Hamilton will always be racing around and some girls will never be too old to be a Disney princess. The best thing for them is a novelty bed. They’re a great, light-hearted way to keep your child passionate for what they want to do and let them show it to the world – well, whichever friends they invite round.

Match your kids’ bed to their personality was last modified: May 30th, 2013 by designbuzz
FeaturedTop

The beauty of spiral staircases

Style Your House with the Top Flower...

Decorate your small living room with the...