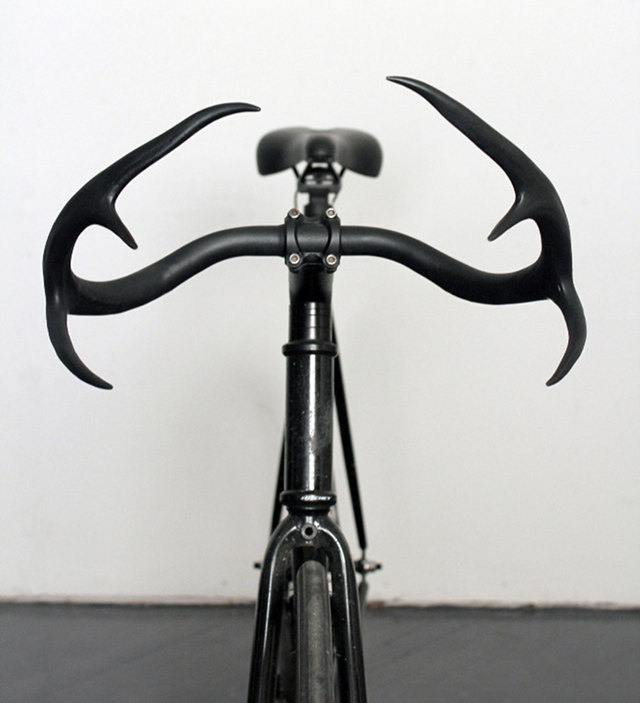 Deer Antler Bicycle Handles are hazardous to say the least

Before the wheel was invented, people used domesticated animals like cattle and horses to get from point A to point B. after the wheel was born, people built carts that were pulled by animals. Two wheeled personal transportation did not even exist till German Baron Karl von Drais invent the laufmaschine AKA the Draisienne AKA the dandy horse in 1817. Since then, the bicycle has received several redesigns- it got its wheels shrunk down, better pedal mechanisms were added to it and a sturdy handlebar was added to make steering the thing better. And of all the innovations that the modern bicycle has seen in its 195-year evolutionary history, not once has animal-inspired designs been used to fashion the handlebars on one. 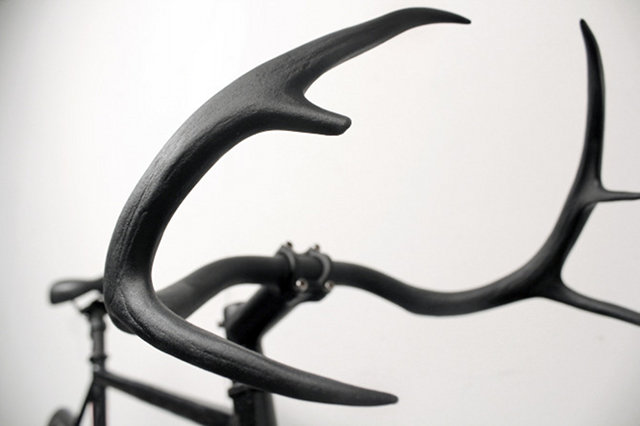 But all that is set to change as Taylor Simpson, a gifted designer, has given his new bike a pair of handlebars inspired by deer antlers. Yup, you read that right, this new bike comes with a handlebar that is shaped like the antlers that you would find on a deer’s head! Now, a lot of people will argue that these just aren’t as ergonomic as the usual steel/aluminum ones we see as standard on most bikes today as they don’t even boast of a grip to prevent your hands from slipping off in case they get sweaty. But anyone with half a brain would be able to see that a bunch of pointy ends on a handlebar would not serve you well in an accident. Apart from getting stuck into your abdomen, ribcage and maybe even your man-sack, these antlers also pose a significant puncturing risk to your precious internal organs should you get flung on them in an accident and if you’re the kind of person who rides the bike in a low stance, even your eyes and face!