As news keeps rolling out, we are coming ever closer to how 2020 Ford Bronco would look like. It is one of Ford’s most anticipated projects. According to one of the latest rumors, it would have removable doors. Furthermore, there are also speculations whether it might be more of a car for the adventurers or for sports lovers. However, there’s one thing that we can be sure of, keeping in mind the secrecy around this project, we would be surely in for a surprise. Despite that, even right now, we are not in complete ignorance. So, here is all you might know about the new 2020 Ford Bronco.

Ford Bronco is coming back soon as its return has been declared in 2017 at the Detroit Auto show. The release date can be expected in 2020. Though much of the details is on hold and not yet released by Ford regarding the car, but a teaser image has been released by it. Michel Clark, a graphic designer has put a speculative image using the teaser to know how the all new Bronco will look.

What to expect from the all-new 2020 Ford Bronco 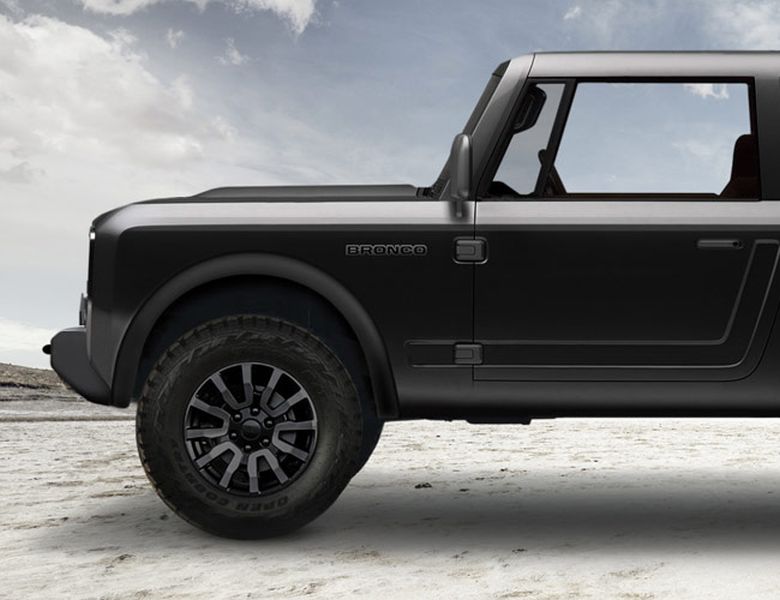 Ford revealed back in 2017 just after the announcement of the arrival of new Bronco that it will be a US-made product. Ford is planning to assemble it at Michigan Assembly plant after Ford Ranger. Furthermore, the company is investing 850$ million juts to adapt the facility of production of the new Ranger and Bronco. It is to prepare and retool the production facility of new vehicles. Thought the new 2020 Ford Bronco is sharing the T6 platform with Ranger, Ford is managing to cut down its cost and produce the product at the same place. The most appreciating feature is that Bronco will be sold worldwide.

Though it is not the only hybrid produced by Ford, yet it as revealed by Ford more than once that its new vehicle line is going to be hybridised. Hybrids had been a niche in automobile industry for years. They offer a valuable capability as well as are fuel efficient. Thus Ford is going to offer the best hybrid variants in its high volume vehicles which allow its passionate and loyal customers to become technology advocates. It will be cool to see Bronco having a hybrid set up.

Firstly, the electronic motors can be helpful in off- road tasks with lots of Torque at a lower rpm. This is something appreciable for every off-roading enthusiasts. It will possess a seamless electronic recharging system with a compact hybrid system which in no way interferes in the internal space of the car. Other than the hybrid system, Bronco will get an ecoboost of 2.7 litre, similar to that of fusion and this time it is going to be of 325 horsepower. Other than the 4 cylinder engine option, V-6 is going to be the most powerful engine option for Bronco.

Though it is not confirmed, yet some of the clues suggest that the latest Ranger from Ford and its T6 platform will be developed in Australia, precisely at the Victoria’s Asia- Pacific Engineering centre. The new 2020 Ford Bronco will be using the same architecture and features. Motoring, the automotive publication of Australia has reported that Ford Australia is leading the development of Bronco and Ranger but not even a single credible source has been provided.

4. Ranger and Bronco to have the same architecture: 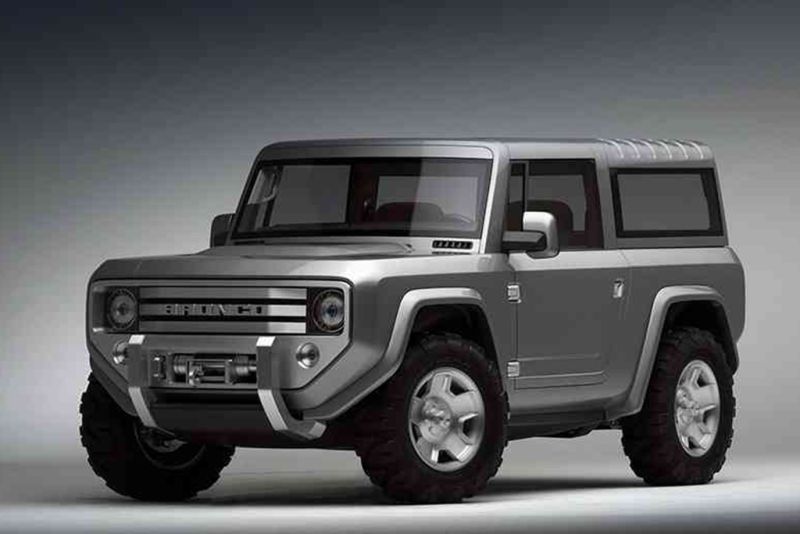 Bronco will share the same T6 architecture with Troller, Everest and the Ranger. Using a shorter version of wheelbase will be easier for the Ford Engineers to develop such a vehicle which could be sold worldwide. Also it will enable them to use the technology from other cars at a platform. The T6 architecture is also supportive on an unlimited number of body styles, keeping the underneath basics same. T6 chassis is the perfect base for an off- road SUV like Bronco. It is mid sixed SUV with dimensions lying between Expedition and Explorer.

Though it is not confirmed yet that the new 202 Ford Bronco will have front and rear solid axles, but it was inferred by the supplier of new off roader components that they are creating front and rear axles which features the latest technology of AdvanTeK gear. Taking the old at the older Bronco, we could see that a solid axle design was featured by Bronco till 1980s. It the new Bronco is getting this tech in actual, it can be said confidently that it will give the biggest competition to Wrangler.

7. Off- roader with three doors:

The latest picture revealed by Ford shows a new vesture of Bronco. Though a bit of it cannot be seen, but a few things are very clear. Bronco is going to be short having a short wheelbase, angular and boxy looks with a spare tire at the back door. Its features are classic which is associated with previous versions of SUVs. It will be a 5- door SUV.

8. To be debuted in Detroit and will be available for sale in 2020: 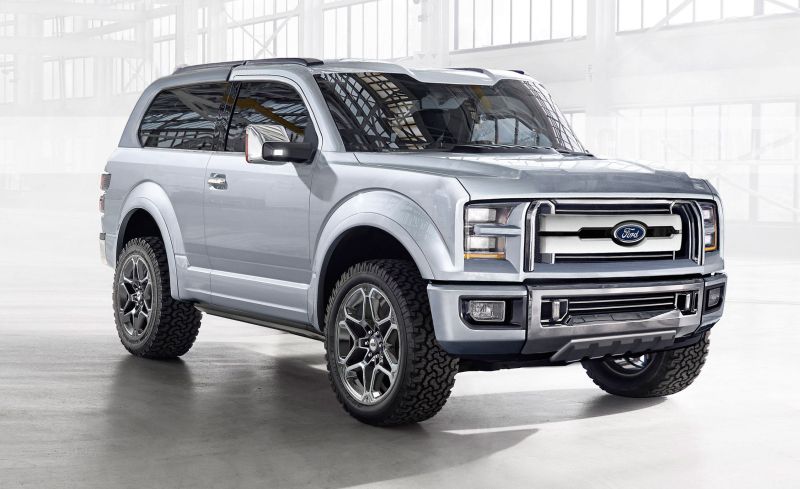 Image Source : hips.hearstapps.com
Though the release date has not been fixed, but Ford has made an official announcement that Bronco has been scheduled to hit the market in 2020. Though the exact time of 2020 has not yet disclosed by the company. The price estimate will probably start with 35000$ with the price estimate of its top model being 50$k. Other than this, Bronco will make a global effort so definitely there would be diesel engines in some markets.

We have been waiting for the Ford to reveal it all-new Bronco since half a century. But why? This vehicle is going to be a staple vehicle of American road- off culture and is the first one in history to attack Jeep Wrangler Unlimited. Let’s wait and watch. We might be a short while away from witnessing something historical.