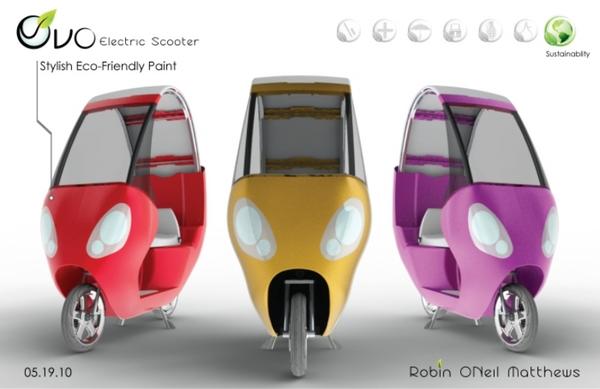 What makes it stand out?

The most interesting feature of the Ovo Electric Scooter is a dual-function canopy, which works as a weather protection shield during bad weather, or as an outer cover for the back storage area when it is disengaged. This electric scooter has a specially designed seat to facilitate an easy ride and a high performance hub motor. There are two luggage compartments in the Ovo Electric Scooter – one under the seat and the other at the back.

The scooter has dual charging options. If there is no electrical source for recharging this electrical scooter, you can use the booster battery, which you can carry in your luggage. There are two internal lithium-ion battery packs, which can be electrically charged daily, for a range of 60km. This electric scooter has a windshield made from recycled polycarbonate, which gives the driver a clear view of the road.

Where do we go from here?

Electric vehicles are far better than the gas powered scooters, as they do not need much maintenance as compared to the gas ones. Plus, you are also reducing the consumption of fossil fuels. The Ovo Electric Scooter is made of good, sturdy and eco-friendly materials, which will reduce pollution and make life easier. Also, unlike other scooters, it provides the user with much needed protection from the elements. When compared to our present-day gas guzzling scooters, the Ovo definitely comes out on top.

Robin O’Neil Matthews from Montreal, Canada, designed the Ovo: Electric Scooter. He is an Industrial Design Technician from Dawson College. He is famous for being the winner of the ADIQ Honorable Mention Award for 3rd Year Thesis Project 2010. 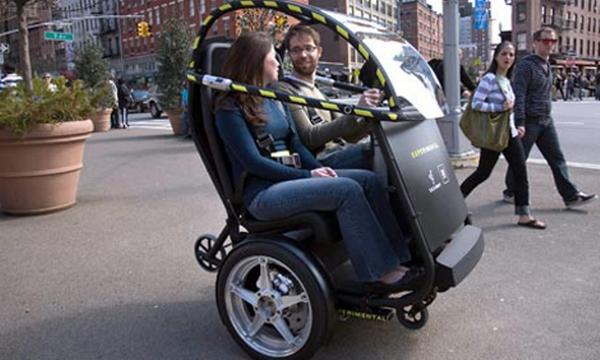 PUMA (Personal Urban Mobility and Accessibility) is a two-seat electric scooter, which is made by General Motors and Segway. This scooter has four wheels – one at the back (small) and one at the front (small), and two regular sized wheels on either side. It is an urban transport vehicle meant for cities and towns. PUMA is not only electric, but also sensory smart. 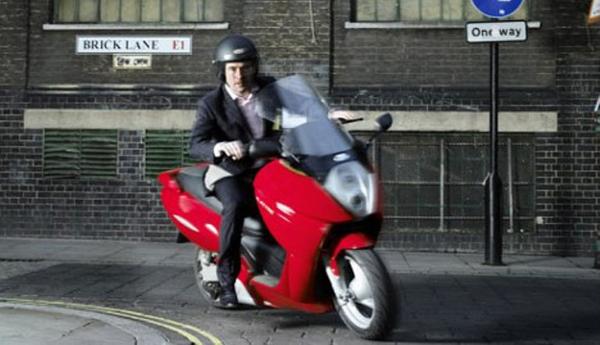 The Electric Maxi-Scooter designed by Vectrix was launched in November 2006 at the 64th International Motorcycle Exhibition in Milan. This electric scooter can travel at a 100 kilometers an hour, and can accelerate from 0-60 in 5.8 seconds. At first sight, the Maxi-Scooter looks like a racing bike, but it is actually a scooter. It is powered by a Nickel Metal Hydride (NiMH) battery pack that can be recharged in two hours, and lasts up to 1,700 cycles. 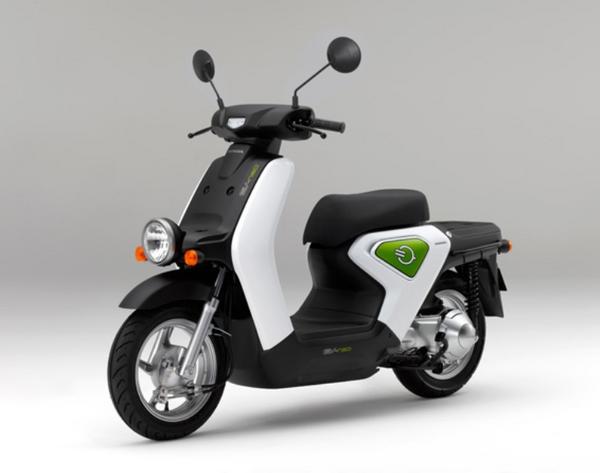 The Honda EV-neo is an electric scooter that works with a lithium-ion battery, and in the same manner as a 50cc petrol engine. The lithium battery in the EV-neo will take 20 minutes to charge up to 80 percent. But, if you are charging the electric scooter from a standard 100V power source, it will take 4 hours. The EV-neo can cover 30 kilometer per hour in a single charge. Honda claims that it is a “quiet and clean” scooter, which will help in creating a “low-carbon society.”

Mo-Du-Lo: Modular vehicle for an individual and...

Let there be Light: Flash guide for...

Emia billposter eliminates the use of tape...