Wearable smart technologies and fitness tracker type gadgets have become not only a style statement for the people but it also has become a much need. Polar has now been known long well enough for its heart rate sensors and fitness tracking wearable. Now the company is entering the apparel market. The company is said to be introducing a wireless heart rate sensor and fitness tracker smart workout shirt design for professional athletes known as the Polar Team Pro Shirt- Smart shirts by Polar for athletes. The company is said to showcase Polar smart shirts at CES. The shirt fabric is designed such that the Polar’s heart rate sensors are directly integrated to the shirt and removal of what all other things are not to be needed. Not only the smart shirts by Polar for athletes have an inbuilt hear rate monitor but they also have a GPS and various sensors to measure speed and agility of the players. 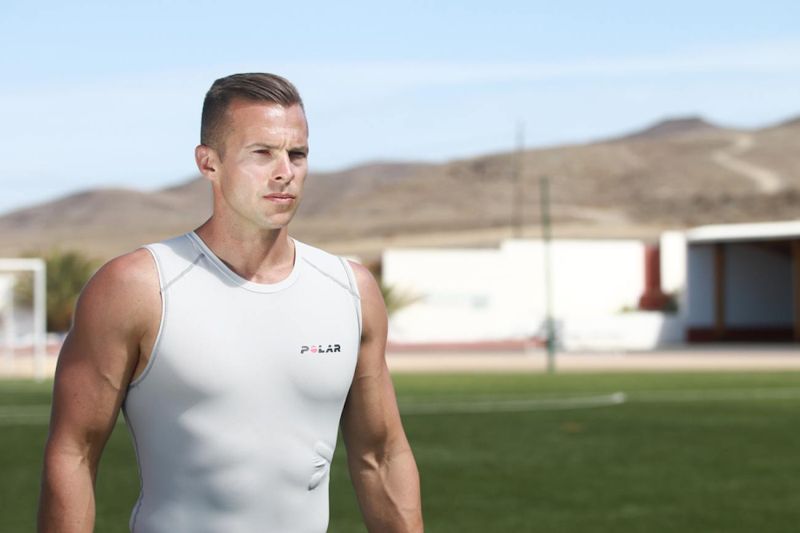 Polar’s main focus was not on to develop wearable which for personal use, the main idea was to sell the Polar smart shirts in bulks to teams where they could take full advantage of the services Polar offers. The target audiences for the company are the people indulged in team sports. This helps not only the players to keep an eye over their workout and other activities but it also helps the coaches to modify their work out and see in real time exactly how hard the players are working and putting in the effort. Team sports is not always a one man show, you may have seen players helping their teams out from a spot of bother to a consolidated ground but that happens considerably a very less time contrary to what teams having players performing their role to perfection can do. So if you are able to track every players fitness data, their routine work out it would come as a perfect boon to the people and therefore, connected devices for athletic teams is the need of the hour.

It is also recommended to wear a few Polar fitness wearable so that both on field and off field data results can be merged and more the data more would be the analysis and therefore more consolidated conclusions. The fitness trackers suggested are the likes of Polar V800, M600, M400, M200 and M100. Polar doesn’t plan to sell the t-shirts straightaway and is currently working on any small changes which can be made to improve the accuracy and the efficiency of the wearable. The wearable are said to be able to control GoPro basic commands such as stopping and starting recording and viewing the battery’s life and moreover the overlaying the data captured by the heart rate sensor embedded into the fabric. 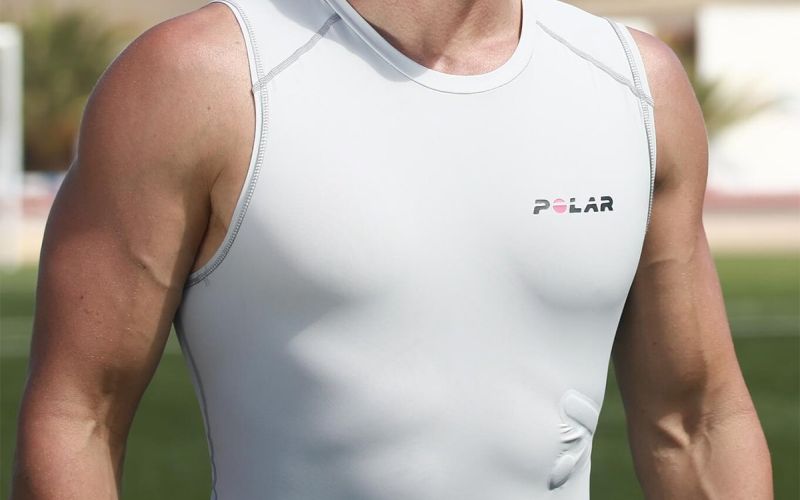 Coming on to the shirt it has two heart rate sensors put into the fabric directly and it has a small GPS locator sensor sewn into the collar. The data can be easily monitored over the Polar’s iPad app. NBA, NHL, MLB, NFL and various other prestigious college teams are already using the Polar’s app data to help their players and assess their working levels and workloads. The athlete’s smart shirts by Polar would come as blessing in disguise to them effectively. But what is best about this company and its product is that not only it modifies its own data but various other make fitness trackers like V800 and M600 smart sports watches and the H10 heart rate sensors are completely compatible with the app of the Polar smart shirt. Although, this product/wearable, would tear apart the fitness market with its detailed analysis, inter team connections, monitoring workload conditions on various levels, it is yet to be seen whether this is a profit investment or just another piece of technology which comes and takes the business and fitness world apart and after a few time is pushed into oblivion. The sales are hoped to start by March end this year and no one knows how the teams and the sports world react to it but Polar has left no stone unturned in making it a success.