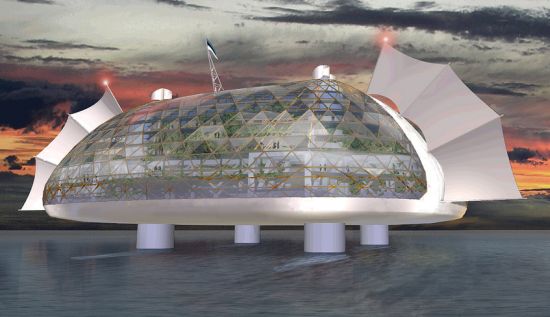 Aesthetics Winner (most visually appealing) of the first Seastead Design Contest, the SESU Seastead (SElf-SUstained Seastead) by Estonian designer Marko Järvela (much like previous sustainable structures) envisions “a mini-society of ecologically conscious enthusiasts” living “with the minimum input from the outside civilization and the minimum ecological footprint.” Deriving its name from “Seasteading,” a general term given to the notion of either converting existing structures, such as old boats or disused oil rigs, or custom-building that allow people to live in the middle of the ocean, the SESU Seastead features a layered interior and makes extensive use of vegetation to control indoor climate and provide food for the inhabitants. Based on the “passive solar design principles,” the SElf-SUstained building makes use of aerodynamics and hydrodynamics, which lets the structure float in the open sea while resisting harsh weather conditions with ease. 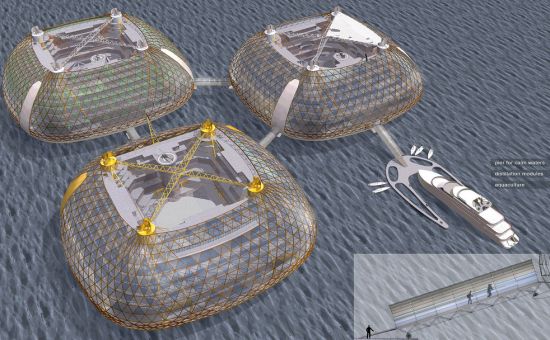 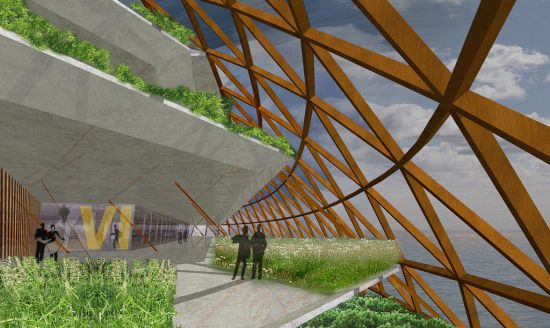 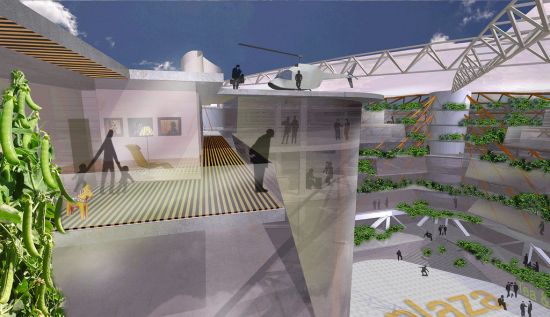