Most of the previous generation is now ruing the good old days when a window was opened to let the sun shine through and not so that someone’s status can be updated on facebook; when a tweet was only the sweet sound made by a canary and when writing letters on paper was the best way to show someone’s affection. They can however enjoy a modicum of happiness when they can hold a flash of the life that has passed them by in their hand. The 1975 film ‘Jaws’ was a runaway superhit in the box office and was a movie worth a third watch and no matter how many times the cable featured it, it never got old. 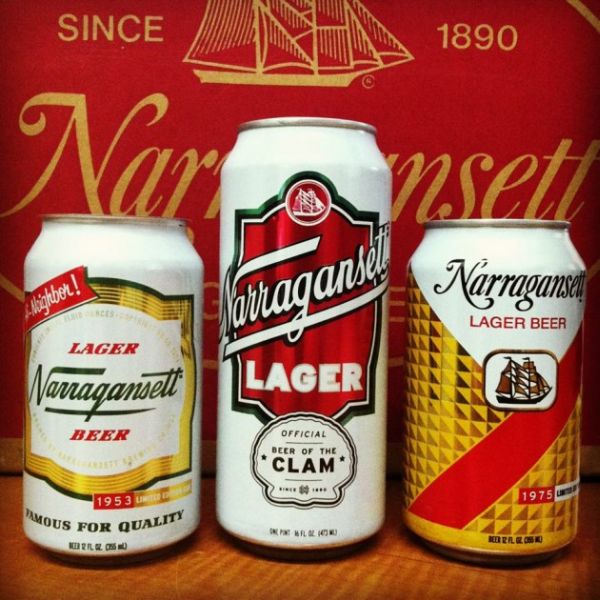 There is one scene where the shark hunter in the movie crushes a can of beer in an effort to exert dominance and thereby confronting the oceanographer played by Richard Dreyfuss. It is that specific style of retro beer can design that is being reintroduced by the Narragansett Brewing company. This is being done to commemorate “shark week” which started on Sunday. Shark week is an effort by Discovery Channel to spread awareness of this particular endangered species by showing the lifestyles and the vanishing habitats of the different shark species.

The 1970s design is expected to be a big hit as it is utilising a popular theme and has a great platform in the movie which was one of the most famous animal movies ever made. The design involves a simple white background which is adorned by a ship and a diagonal red stripe. The advertising for this new retro design has already begun and sports a tagline “Crush it like Quint” referring to the ship captain, Sam Quint played by the Late Robert Shaw.

The Narragansett Brewing company is a very old one and has been producing some of the best beer in the country for over a hundred years. It was first established in 1888 in the island state of Rhode Island and began mass producing two years later. It is now a very well established company and operates out of two other states providing a share of the most consumed beverage in the country. The two factories are located in Providence, Rochester, New York and in Buzzard’s Bay, Massachusetts. Here’s hoping that the retro twist improves the brewski.