Did you know that your watch is something people first notice about you? There’s a huge difference between the watches that look expensive and the watches that are expensive. This Watch by TAG – Heur symbolizes a truly luxurious lifestyle. You might have to spend a fortune if you want to get your hands on one, but since it symbolizes one of the most revered brands in the world, it is totally worth it. 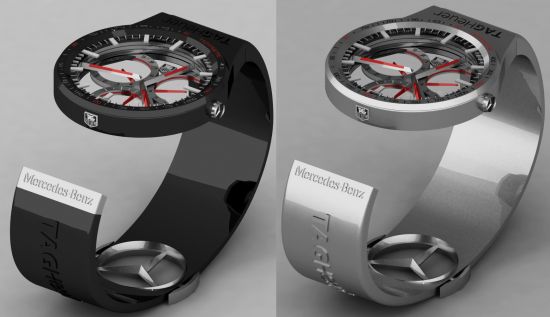 Aimed at designing a watch worthy of the brand’s traditions and communicating its innovative tendencies at the same time, TAG-Heuer watch is a timekeeping pioneered by Peter Vardai. Peter takes inspiration from the brand’s models connected to auto racing and chose the TAG-Heuer Grand Carrera Calibre 36 RS Caliper Chronograph model as starting point to design a watch representing the great traditions of the brand. All over the design one can find references to Formula 1 and Mercedes-Benz. The sport car effect is emphasized by the arms with vivid red inlet, and as the buttons are pressed on both sides of the Mercedes logo releases the strap.

The arms are placed on great cogwheels, which make them rotate not around the center but connected to the rim. By this and the non-contiguous strap the light air of the inner surfaces is achieved. Out of the three middle arms the left one is the tenth, the right one is the hundredth seconds while the bottom one displays the charge of the watch. The button is placed in the first TAG-Heuer logo and the watch is supplied with both a rubber and a metal strap. Great design indeed! 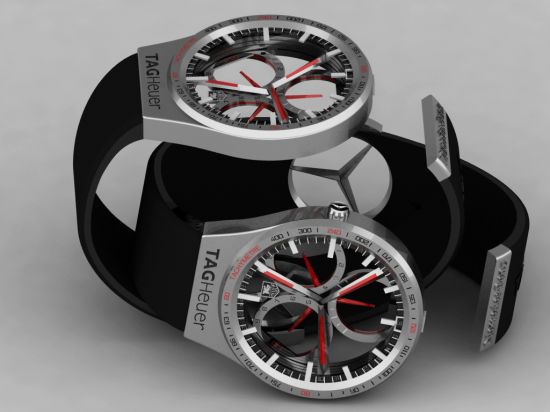 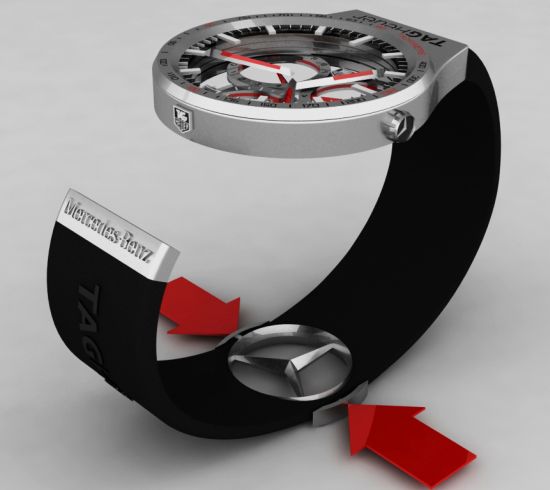 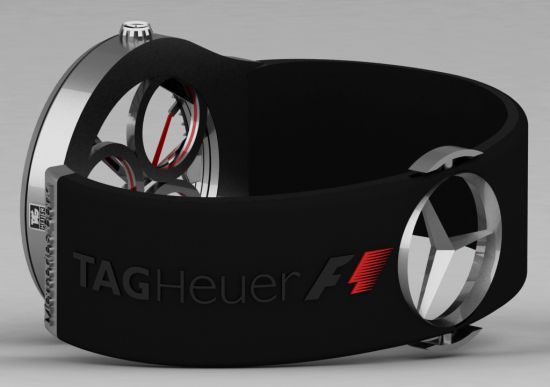 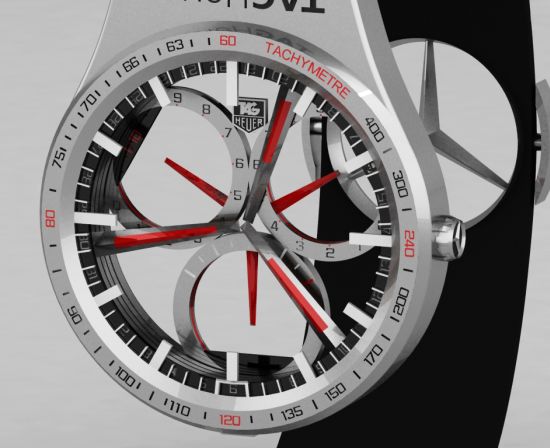 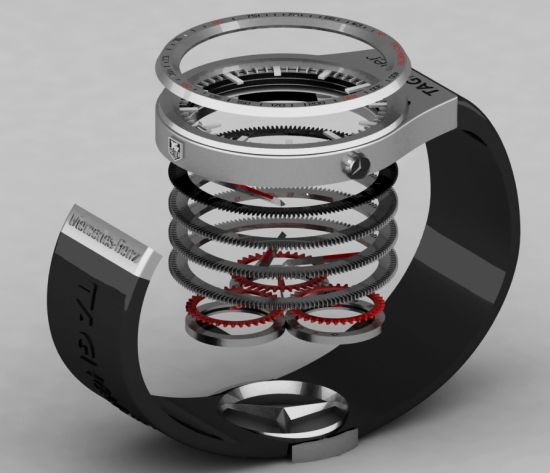 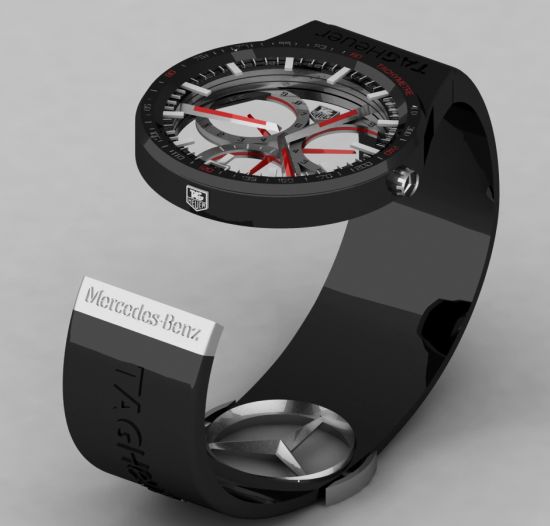 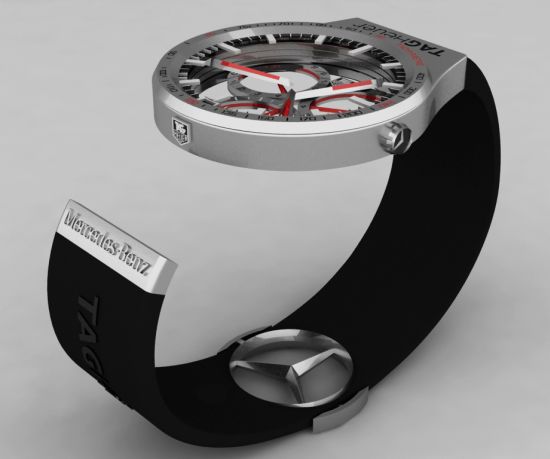 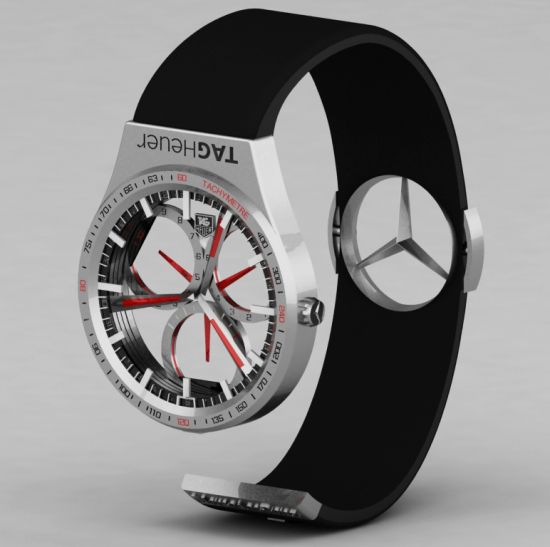 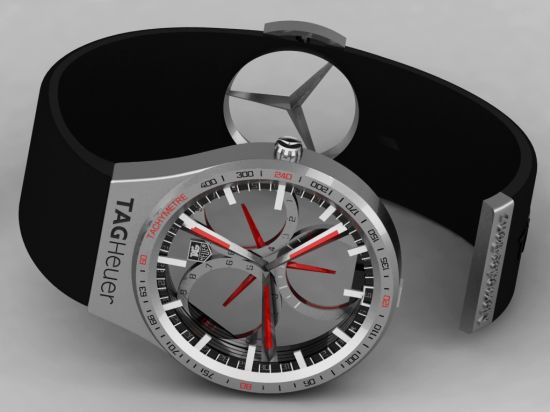 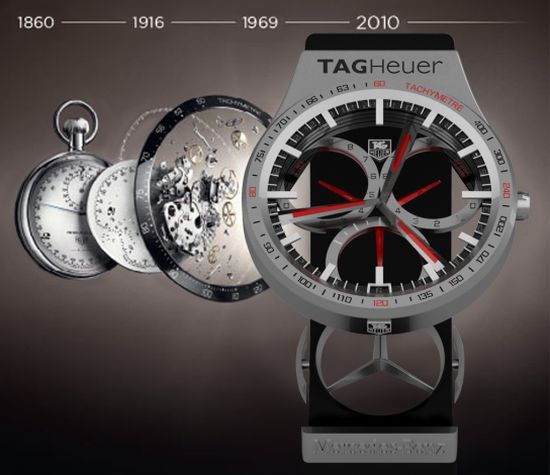 Some Other Highly Expensive Watches

Watches have moved on from being objects that simply tell the time. If you want to see more watches like the one by Peter Vardai, check out these amazing futuristic watch designs.

The process of magnetically mounting a nano iPod onto the wrist requires some guts and some madness as well. It looks pretty futuristic and amazing but it’s also bloody and gross, no offence. Body piercer Hurban injects four mini pads that holds the nano.In the demo, Hurban finishes the body piercing after a prolonged period of poking and places the nano onto his wrist.

This watch may just be the for the most part the greatest luxury you can ever add to your iPod Nano. The company famous for creating spectacular watch designs, has used their experience and creativity of jewelry to iPhones, iPods and other mobile products.

The 6th generation iPod Nano has a square design and it has made it simple for designers to expand custom cases for it. A current trend for the MP3-playing device is to attach it like a wristband and to wear it like a watch. The The ZShock Diamond Lunatik iPod Nano Function Watch works on this trend.The iPod Nano wristband is coated with diamonds and adds a whole new level of luxury to the simple music player. Those who are interested will have to pay for over $18,000.

This watch is a concept watch designed to inform time using a sequence of triangles. The watch was fashioned by Nico NL1.The Adjust concept watch has 32 triangles each one illuminated by an LED light. Above the LEDs lie a color filter that can be customized by a switch to immediately change the look of your watch. The shapes of the triangles represent the straight lines of numbers. This makes it tough to tell time but with some use, the watch could become a simple matter to understand. The Adjust concept watch is a project and an entry to the Tokyoflash Design Blog, a blog which uses designer concepts and turns then into real watches sold on Tokyoflash’s website.

5. Positive/Negative by Frank Gehry for Fossil

This watch tells you the time with a smile. Yes, we didn’t believe it at first either. Frank Gehry has made this beautiful design which is revolutionary in the way that it does not rush you into anything by looking at the time. It tells you when it is eleven or eight twelve. Certainly a milestone in lazy time-telling.

This design wooed us with its simple design, artistic simplicity and the psychological manifestations of Déjà vu. Denis Guidone has described  the thought behind the design “…at the same time a memory as the hours and minutes leave a ‘gradient’ in its wake representing both past abd present with the passage of time. Memories overlap creating a déjà vu”.

7. Circles by Jacobsen and Soren Varming for Pierre Junod

The elegance of this graphic watch makes it a winner. We also love the sapphire crystal and the white or black dials depending on the color you choose.

The design is based on the interplay of space and light with a partially opaque dial and soft-glow button feature. The watch is made of brushed stainless steel and a frosted dial to denote twelve o’clock. IT is available in a stainless steel mesh band and a soft-white colored leather band. It is an iconic piece and one of the original designs of the Building Timepieces Collection. Richard Meier has explained his design as, “..Fundamentally, my meditations are on space, form, light and how to make them”.

This unisex watch is a beauty and a unique design in itself. It is available in either a black leather band or a silver color stainless steel band. The design by Laurinda Spear is based on the Sun, it being out focus when we measure time. Instead of dials, there are concentric rings to measure seconds, minutes and hours. Ile planets revolving around the Sun, the three rings move at different rotational speeds and thus indicate . This is a must-have for any watch enthusiast and collector.