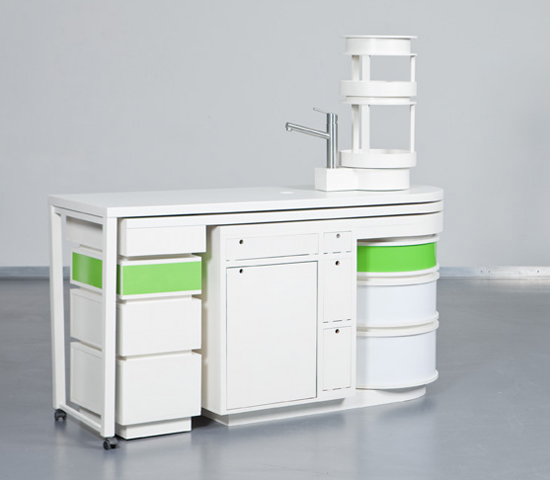 With modern city apartments getting smaller by the day, coupled with booming junk food culture, contemporary kitchens have lost their essence to some extent. Revitalizing the splendor of conventional cooking spaces, German designers Farziska Winter, Katrin Sillmann and Ulrike Sandner have developed a flexible kitchen dubbed “360°” that smartly complements the modern lifestyle. Occupying just one square meter area, the portable splits its space into different working areas for cooking, eating and cleaning. Rotating the storage tower at 360° angle, the modular kitchen lets the user access it from all sides with minimum fuss.

Based on the concept of a “kitchen tree,” the 360 degrees kitchen includes a refrigerator, sink, electrical outlet and trashcans. Featuring a scratch resistant cutting board, the “SB 360,” the mobile kitchen also includes an acrylic rack called “strainer/plate holders ST360 °” that when not used for straining vegetable can be placed to air dry clean dishes in an upright position. In short, the 360° kitchen adapts according to modern spaces and values to sustain the traditional art of cooking. 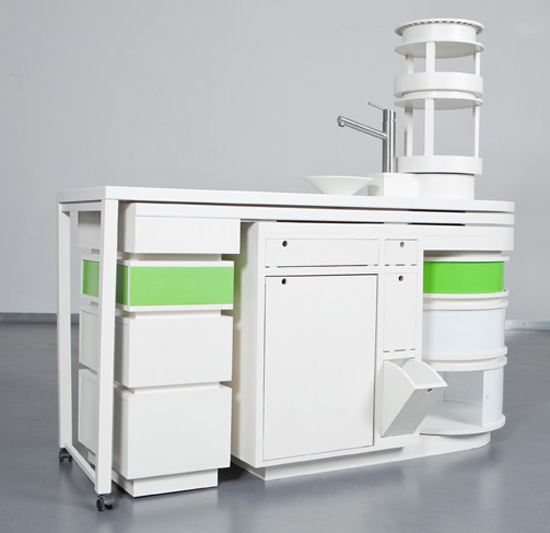 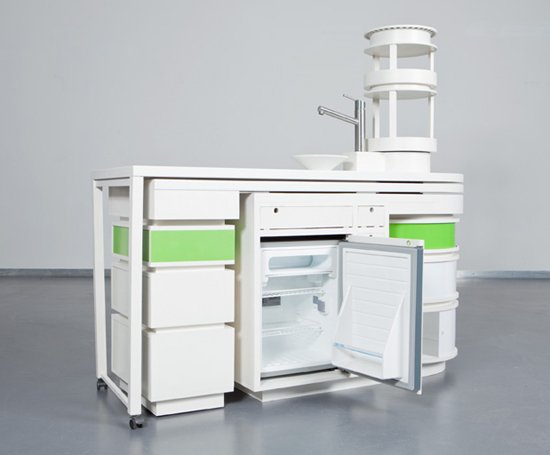 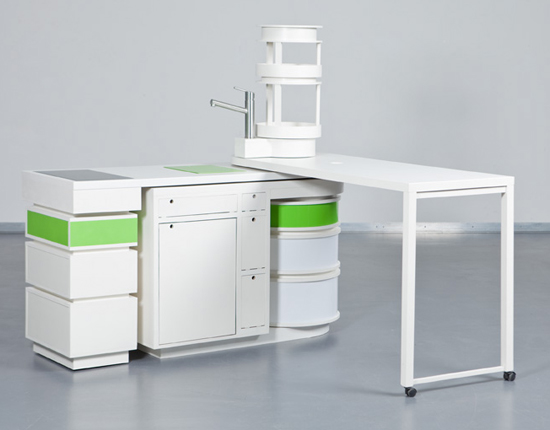 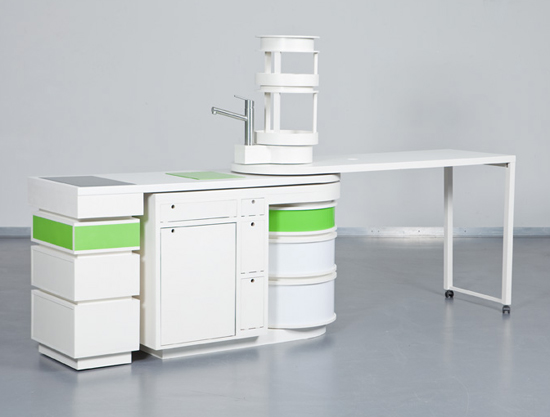 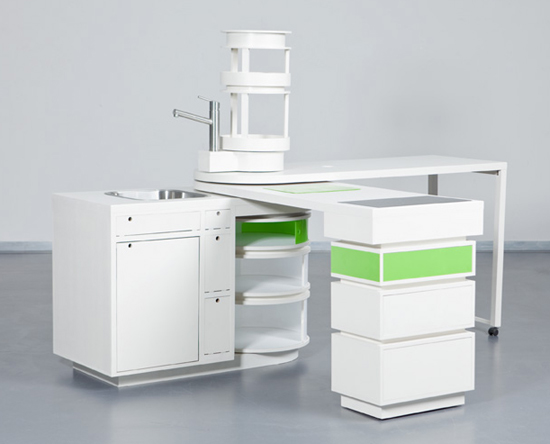 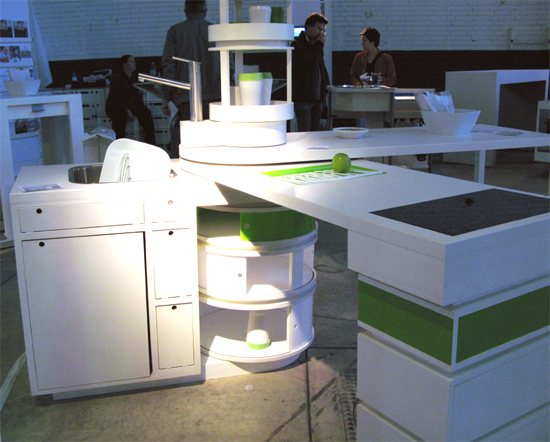 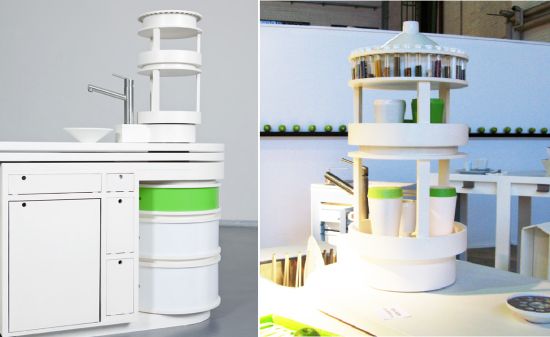 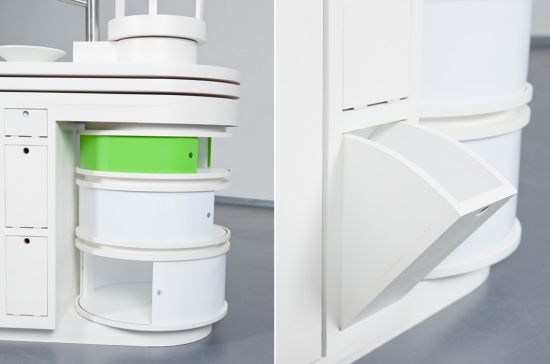 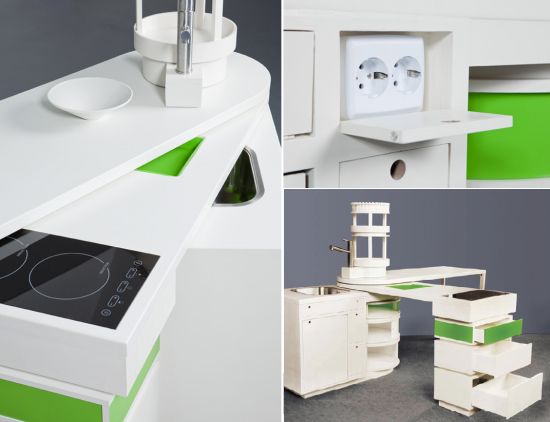 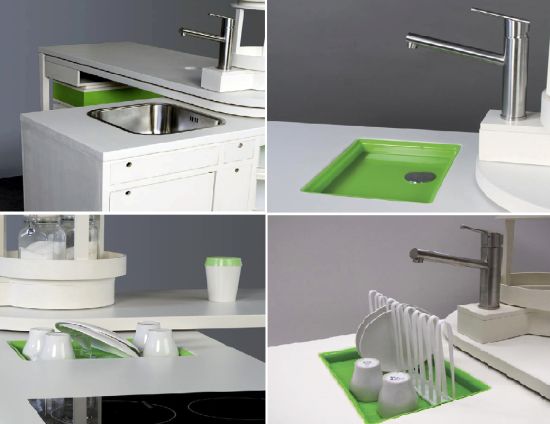