From start to finish, it takes around three years to produce a vehicle. Beginning with concept art to the first model off the line, that is, and if it’s done right. The design can be drastically altered or even discarded at any stage along the process. A lot of times, the exact blueprint may not be used for the final design due to fixes and edits. It’s kind of like writing a book or making a TV show. Again, three years is a loose estimate if all goes well. However, it’s the journey and not the destination that counts, as they say. Here are all the steps you will need to take to bring your concept car from the drawing board to the showroom.

1. Pick up a Pencil And Start Drawing 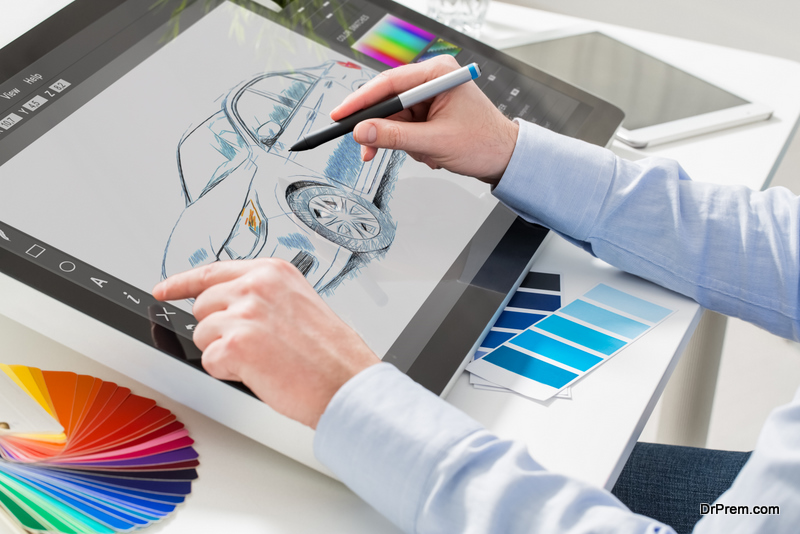 The first step in the design process is frequently for a single designer to produce a sketch or a series of sketches. This is generally the first step towards creating any product in any industry. A sketch can come from anywhere: a personal concept addressed to a design lead, a company-wide studio’s proposal request, or even work for hire designers. Automakers receive several submissions annually with a low acceptance rate.

Vehicle packaging is essentials that the vehicle needs to be safe and driveable. This includes the engine, drive train, and safety features like airbags, automatic breaks, and seatbelts. It’s often that the designer will have to make some changes in order to accommodate the features. For example, the engine may be too small for the chassis. It’s a good thing that the car is still in the drawing phase, so these changes can be easily made.

Computer renderings are used not only to perceive the concept as an object but also to determine the car’s physical dimensions and centimeters so that detailed designs may be generated. Having a clay or 3-D printed model can help significantly. During development, many versions are often considered, resulting in several clay models being produced. Often these are smaller-scale models. Larger or actual size models are necessary if a design has been set upon.

People can create their full-scale models with clay or plastic materials. Clay is still the most common material, but it is being replaced by cheaper and easier materials like recyclable parts. The best part about having a full-scale model is that it can be used in marketing.

5. Draft Up The Interior Design 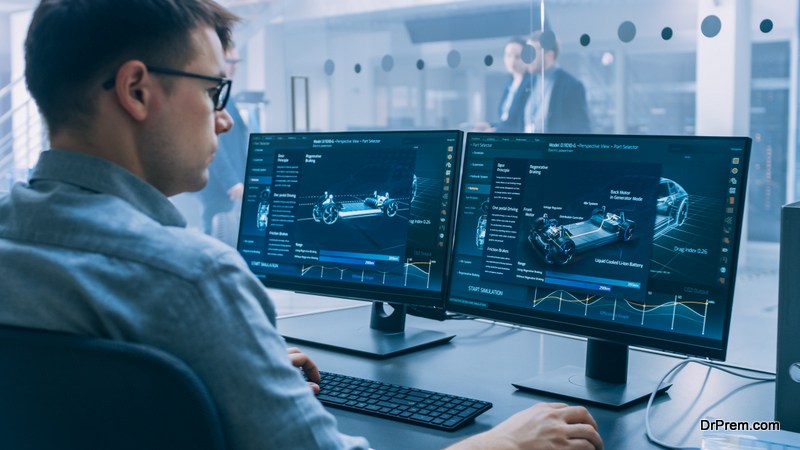 The interior is often drawn by the vehicle’s original designer. It, too, will have gone through numerous redesigns and sketches as a subset of the overall design team reconsiders the look and measurements of the inside in order to match with any updates. Sketches are developed into computer renderings and then transformed into three or four clay models to show alternatives. Every aspect of the car’s design, from the wheel to the seats and control buttons, will be examined in depth.

After the design is settled on, it’s time to dress up the car with a paint job and upholstery.  You should at least have a team or group of people looking into all your available options because there are a lot. The design choices you must make are in the hundreds, with new products and options coming out each day.

7. Select Behind The Wheel Specifications

The inside design features a vast range of materials and colors, as well as meticulous representations of the interior to allow drivers to customize their controls and displays. At this stage, changes are reflected with practical models constructed of plastic or clay. Marketing research is one of the many options.

8. Final Exam of Changes And Materials

After the choice has been made, the car isn’t really done yet; it must age well and not degrade too fast when in use. Many of the components will have already been tested, but new options or materials will need to be assessed for various environmental conditions. The toughness of a material is evaluated by heat and cold, direct sunlight, hands-on usage, and so on. A bench-top test is the most popular type of testing since it may be done in a laboratory with actual samples under consideration. They will be tested with heat, friction, and water to see if they can withstand all the conditions. 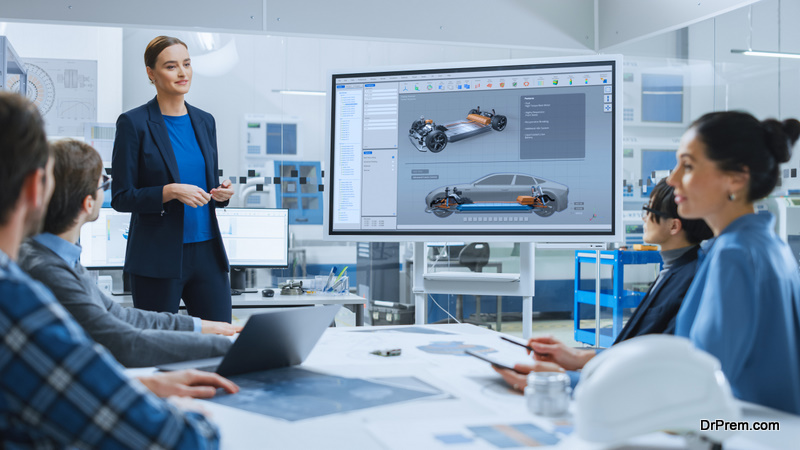 The automobile has never been in one piece until now. A physical model of the vehicle in its entire form inside and outside is now available. A concept model is now ready for marketing as the technical aspects are made final.

The vehicle will now be approved by the CEO and (possibly) the company’s Board of Directors. After you’ve completed the design work, it’s time to get your vehicle on the road. The marketing team will be working hard to drum up interest from potential customers and press coverage for your new vehicle. More than one may be built for auto-show purposes. The term “sled” is sometimes used to describe a vehicle that has no operating engine. Your models can be either a sled or a functioning one with an engine. It helps to have one of each.

In the automotive business, manufacturers utilize engineers who specialize in manufacturing and vehicle tooling to make the last changes to the design in order to get it into production faster and at a lower price. Changes in the design process generally entail minor modifications like how individual components are connected, which parts will be utilized, and so on. After that, the finer details such as specifications and information for the factory staff on the line, vehicle testing requirements after initial versions are produced, and so forth are worked out.

The initial design and the finished product are usually two distinct vehicles. For repairs and redesigns of present cars, it may take as little as a year; for some innovative, very cutting-edge ideas, it might take decades. It might take three to five years for a design from the initial concept to consumer-ready production units, as previously said. When it comes to vehicle maintenance, the majority of manufacturers have models on a 4-6 year “remodel cycle,” which means they will have a major redesign every four to six years. This is usually the case if the car is in demand or sold well.