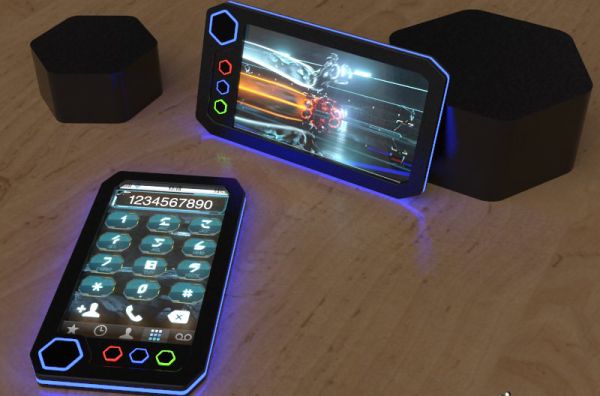 The American Sci-Fi thriller “Tron” was the inspiration behind this smart phone, which the creator Raul Galindo has aptly christened as the “Tron Phone.” With an elongated heptagon shape and body structure, the Tron mobile is just 7mm thick (keeping true to its futuristic inspiration) and hosts a 4 inch wide touchscreen display.

There are three obscure looking buttons upfront, which can be used to receive and end calls. These can also guide you to the menu option of the phone. With front and back cameras powered with xenon flash, stereo speakers and a micro SD slot, this phone is all set to compete with the best in the market.

To add value to this, it features radio play without the need to plug in the earphones. The modern sleek casing of the phone is not only structured differently but also lights up the edges in a neon glow. So movie spunk and awesome features define this Raul Galindo creation and sets it apart from the rest by a chronological margin.