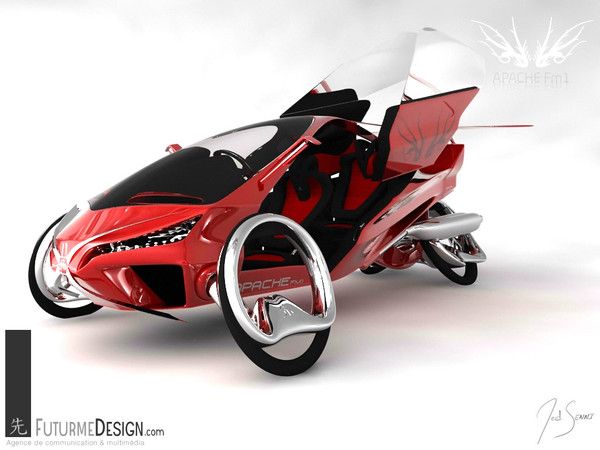 At the first instance, it may seem like a wrecked car emerging from a disastrous accident. However, according to the designer, this is the final form (and we must believe him) of the Apache FM1 concept vehicle, a two-seater trike, whose style – in my book – borders on the lines of being bold and bizarre. Inspired by the famous AH-64 Apache helicopter, this conception would definitely make heads turn on the road. 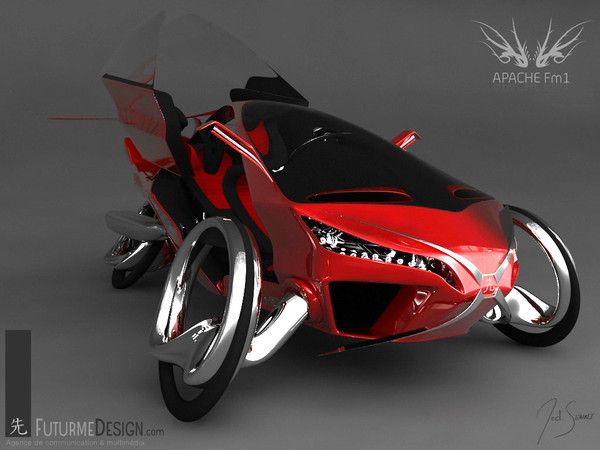 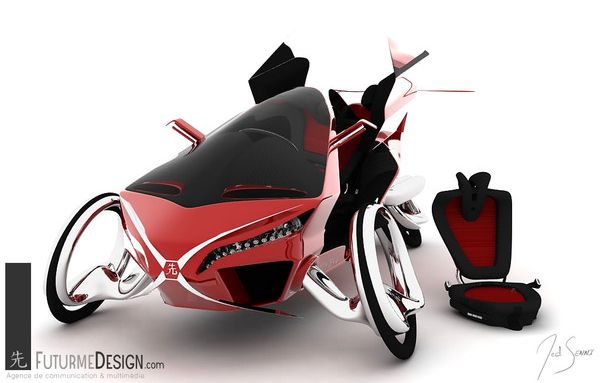 The blatantly angled curves carry over to the capriciously shaped headlights and the panoramic windscreen. The overall ‘chaos of alignments’ may impart that wickedly aggressive demeanor of the vehicle, but for purists it just may be too much of being bohemian. Still one cannot deny the novelty of a design, which is uniquely inspired by the form of a helicopter. 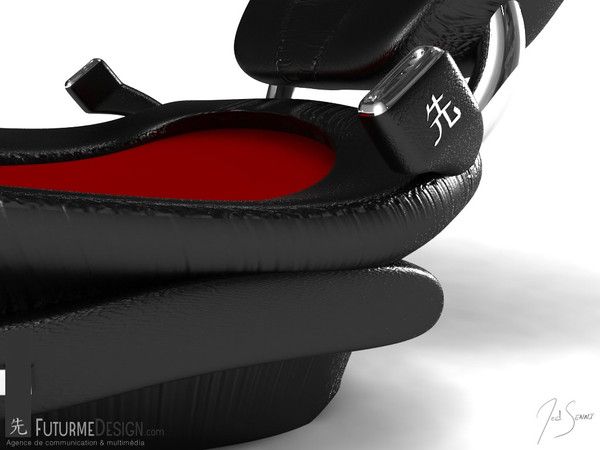