Home Offbeat Are Solar Powered Watches Any Good, And Should You Switch?

Are Solar Powered Watches Any Good, And Should You Switch?

Wristwatches have come a long way since their first appearance back in 1868. Patek Philippe of Switzerland was founded in 1839 and manufactured clocks before designing the first wristwatch which was worn by Countess Koscowicz of Hungary.

The Patek Philippe company still makes luxury watches, with some costing over $100,000 each, to this day. However, when it comes to men’s wristwatches there is some debate about when the first one was made. It is likely that the first men’s wristwatch arrived around a decade later and was designed by another Swiss manufacturer, Girard-Perregaux.

As the years have rolled on, designs have changed, as have fashions. Wristwatches have evolved, and in 1970 the first digital wristwatch arrived. Since then, watches with calculators, games, and even WiFi have been released. But it is classic watches that never go out of style, and it would appear that they are as popular as ever. 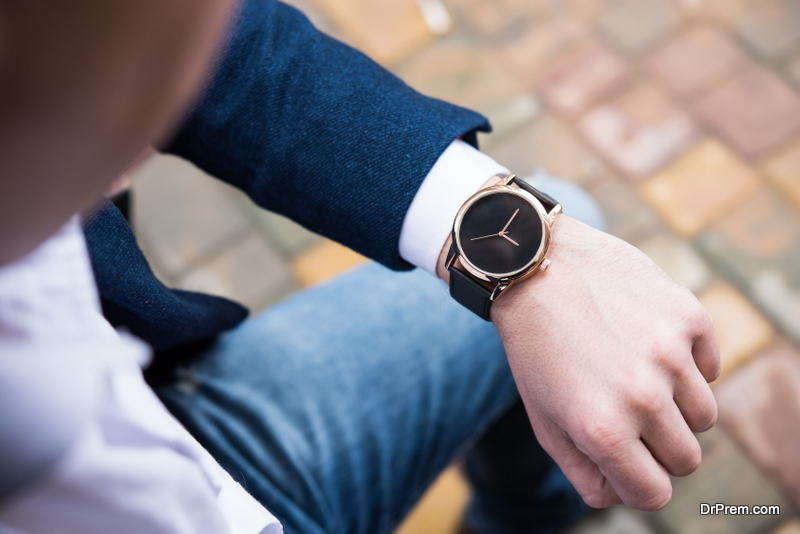 While there have been many strange trends in watch design over the years, Swatch and Tissot rock watches stand out, sales have generally been steady.

Smartphones, and iPods, may have negated the need for a watch for many people, but you cannot keep classic design down. Wristwatch sales have been on a fairly consistent upwards rise over the last few years.

According to Statista, watch sales hit around $56 billion in 2020, and are expected to reach almost $90 billion by 2026. Sales in 2019 were already at the $73 billion mark but the pandemic arrived.

It would appear that travel restrictions, lockdowns, rising unemployment, and remote working, all knocked sales of watches in 2020, but the industry saw this corrected the following year.

Sales in 2021 for wristwatches hit $66 billion. Part of the reason for this is due to classic designs by popular manufacturers, many sales are from the luxury watch market, and another part is from innovative design.

What innovations has the watch industry seen recently?

In the 1970s, with the introduction of the digital watch, there were suddenly all sorts of gimmicky ideas being added to watches. The calculator watch arrived in the mid-’70s, and children all over the world would excitedly wear them to school, but then Casio and Pulsar started to include games on their watches.

It became more important to see which game was included on a watch during a purchase than the watch design itself for many children then. Later on, Casio introduced a watch with a built-in databank for storing phone numbers. The first TV watch was released in 1982, and you can still buy modern color versions today.

One of the latest big innovations was the smartwatch. Apple transferred some of its iPhone technology over to a wristwatch, and Samsung and Huawei are in direct competition. Millions of smartwatches are sold every year, and over 40 million were shipped during the first half of 2020.

Now though, as concern turns towards the environment, wristwatch manufacturers have the chance to be more eco-friendly. Solar-powered watches are becoming increasingly popular.

What are solar-powered watches? 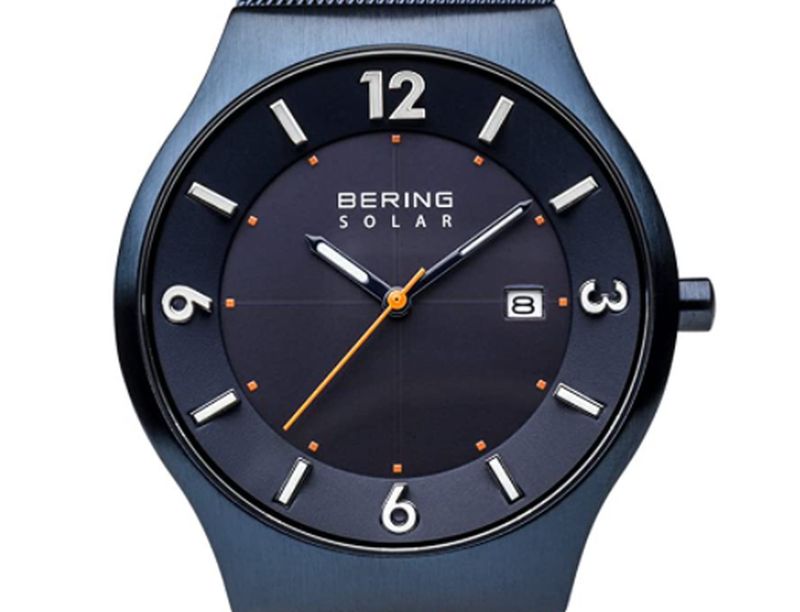 This latest innovation in watch design is actually not that new. Originally designed in 1968, a prototype of a solar-powered watch was built in 1970. In 1972, a commercial version was released.

They are becoming more popular now as more people are clued up to the damage that some purchasing decisions can make. Landfills are full of batteries leaking corrosive liquids and damaging the environment.

Solar-powered watches are made by manufacturers such as Casio and Citizen and are, for all intents and purposes, the same as any other digital or analog watch. Solar powered watches differ from normal watches because they don’t need winding, have no self-winding mechanism, and use renewable energy for power.

Solar energy is converted and stored in a battery inside the watch. This energy then powers the watch meaning that the battery will not run out, and the watch will not need rewinding.

Advantages of having a solar-powered watch

One of the biggest advantages of using solar power is that it reduces the need for electricity. In the home, this means that utility bills can be smaller if solar energy is used to power lights and appliances.

The same theory runs true with wristwatches, although instead of mains electricity, they often use batteries. Typically, the battery in a wristwatch will need to be replaced once a year. A poorly functioning watch may need more than one battery a year.

A battery replacement may cost anything from $10 to $40, but there are some examples where it could be $70 or more to switch out an old battery for a new one. These days, knowing how to choose a men’s designer watch needs to take into account the cost of servicing too.

Some of the benefits of switching to a solar-powered watch are below:

The most reliable wristwatches are solar powered 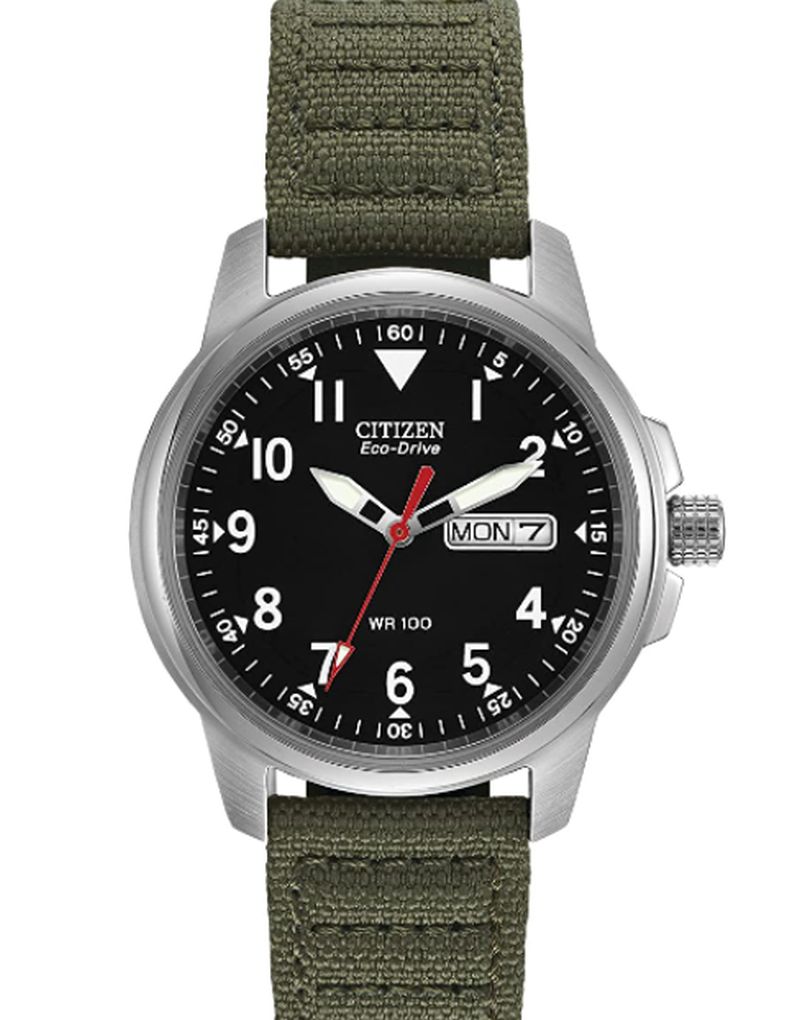 Solar powered watches may be the most reliable type you can buy as there is no need to charge them or replace batteries. Although the batteries do need to be changed eventually, or the watch replaced, they can last ten or twenty times as long as a regular battery.

Solar-powered watches can work in the dark

Once charged, a solar-powered watch can continue to work as long as the cell isn’t completely depleted.

It will work regardless of whether there is light or not as long as the watch has been charged. They can however run out of power if left without light for too long.

It is true that anything solar-powered still requires a battery to store the charge for the item to work. However, these batteries are rechargeable and generally last a long time.

Generally, a solar-powered watch battery would last ten years, but it has been shown that even after twenty years, the battery can operate at about 80% capacity.

This means less waste and less toxic materials being dumped into landfills.

While it would be wasteful and counter-productive to use artificial light to purposely charge a solar-powered watch, it can still be a benefit.

If you are indoors at night or working under artificial light, then your wristwatch would be receiving a charge during this time. Ideally though, to keep the watch as eco-friendly as possible, sunlight would be the main source of power.

Watches have come on leaps and bounds since the original wristwatches of the 19th century. Nowadays there are even LED watches that tell the time both horizontally and vertically, but perhaps solar power is the most interesting development.

Not only are solar-powered watches as elegant and classic as any of the alternatives, but they are also eco-friendly. The maintenance on a solar-powered watch is minimal as there is no need to visit a watch repairer to replace batteries each year.

There is less waste with a solar-powered watch, and they are also highly accurate. Unless these types of watches are left completely in the dark for a long period, they will continue to operate.