Equal rights and equal opportunity is the motto of modern times. In earlier times, this motto was still there, however, it is only now that we are seeing how people are really getting equal opportunities. Being visually impaired or a handicap is no longer as big a hurdle as it used to be. Braille and walking stick aren’t just the only two innovations for the visually impaired. There’s a host of gadgets and smartphone applications that are there to assist the blind. Using these technological innovations visually impaired children can easily compete with the more fortunate ones. Not only that, even for people who are both deaf and blind at the same time, there are innovations. Braille Staple is one such gadget. Let’s see how it is. 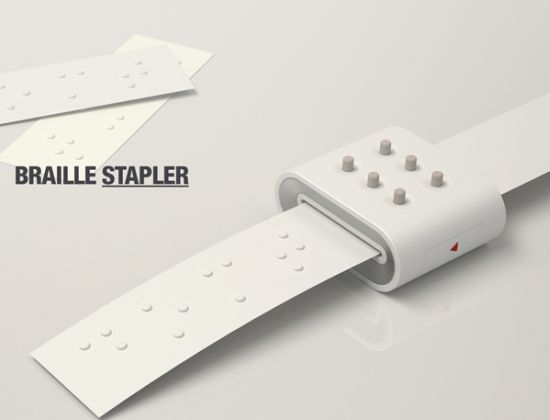 One can only imagine the level of satisfaction realized by a team of Korean designers who affected the Braille Stapler. Making the best of their inventive skills, the quartet comprising designer Dong Won Jang, Lee Hansub, Park Mihyang and Bae Jungmin have crafted a unique device that promises to alleviate the hurdles faced by the deaf-blind in communicating with the rest of the world. 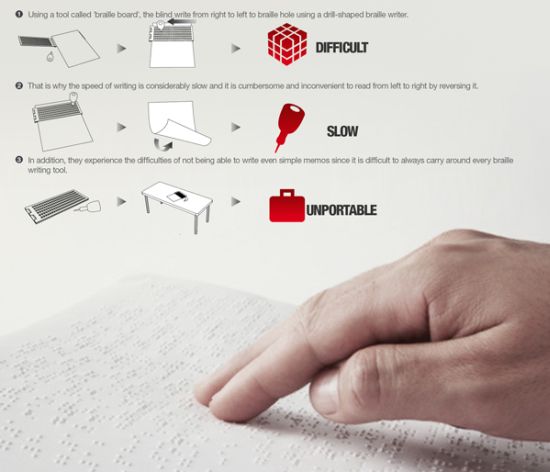 The Braille Stapler marks a revolutionary makeover of the device by combining Braille board and Braille printer into single unit, thereby turning an otherwise difficult, slow and portable something into easy, quick and portable everything. The concept of the design revolves around an idea the Braille can be written using only six buttons. The user inserts the paper into the Braille stapler and simply pushes the six buttons to write a memo instantly. What makes the process effective and useful are the space button and the function for controlling Braille size. The device eases the issue of writing and reading in reverse once again since the Braille is written directly on the paper. 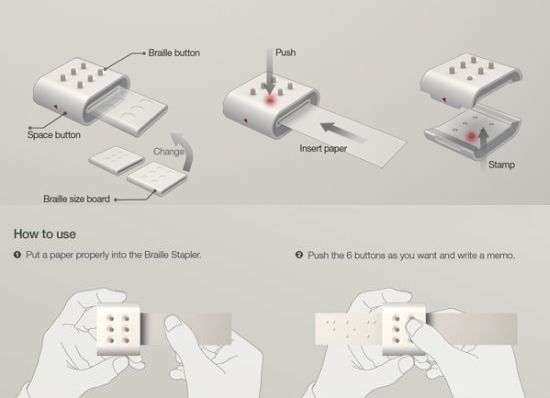 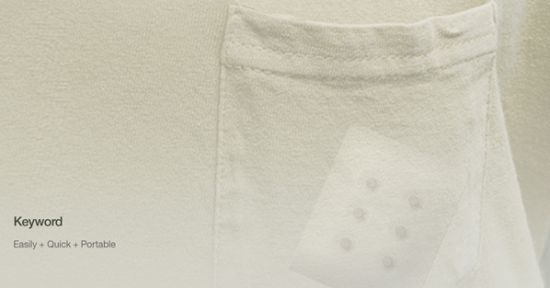 Technological concepts similar to Braille Staple for the visually impaired

1. Wand for the blind with sensor 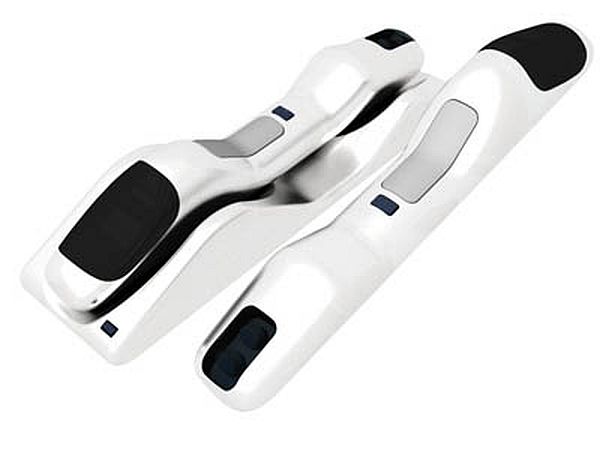 This is an ultimate gift from designer Jin Woo Han to all the blind people. Stick is an old concept, now is the time for a wand. Stick is not that that easy to carry around, but this wand is small and anybody can carry it around without much problem. The wand has a distance sensor that recognizes objects in the way. The wand uses the tactile sense of the blind people and alerts them of the obstacles that come in their way quite on time.

Can you imagine a life without mobile phone? Now the same technology can be used by people with lost vision. Designer Zhenwei You has come up with an exclusive device called ‘B-Touch Mobile Phone’, which includes Braille (for writing), optical reader (for reading digital data) and voice system (for talking) for them. Being an all-in-one device, this mobile phone will make the life of visually impaired persons quite easier. 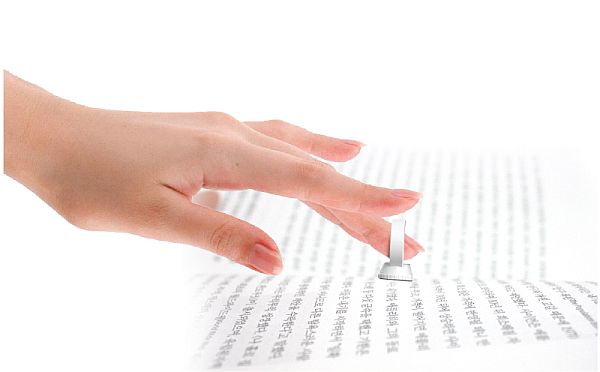 Designer Jeong Yong understood the reading desire of the visually impaired people and came up with this eye ring Braille scanner that makes it easy to read any book they want to. It is not possible to buy the Braille versions of all books; the eye ring Braille scanner solves this problem perfectly. People are supposed to wear this ring while reading, the inner side of the ring has Braille points and the outer part scans the words. The ring connects to Bluetooth earphones, which enables blind people to hear all the text that the ring scans.

Rubik’s Cube is basically a three-dimensional combination puzzle that is widely popular across the globe. This Braille Rubik’s Cube is more or less similar to the original one, along with the braille system incorporated in it. It is certainly a bit tough to recognize each of the squares separately just by touch and feel. But it is a great challenge for visually impaired who love to crack puzzles. 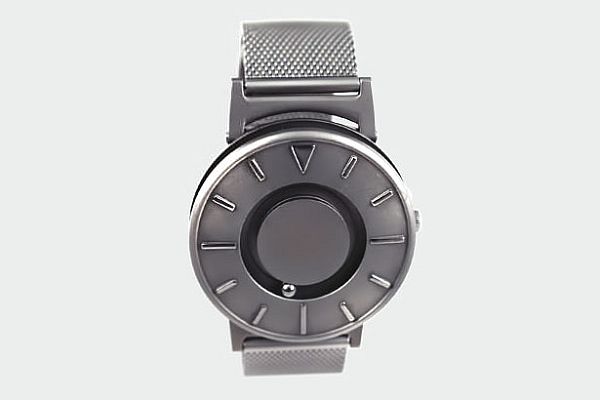 The Bradley watch by Eone is not just for the blind but also for everybody. This watch requires no vision to read time, all it requires is a simple touch. The two ball bearings in the watch are connected with magnets and indicate minute and hour. Just feel them and find the time.

Safe and Sanity Mug is a wonderful product intended for people fighting against visual impairments. It is based on the Braun Bell Concept, and the idea of this mug was brainstormed by Yong-bum Lim and Sang-hoon Lee. There are quite a few water sensor installed in the mug which generate sounds whenever get in touch with a liquid. Hence, blind people do not need to put their fingers into the hot or cold liquid to prevent overflow. 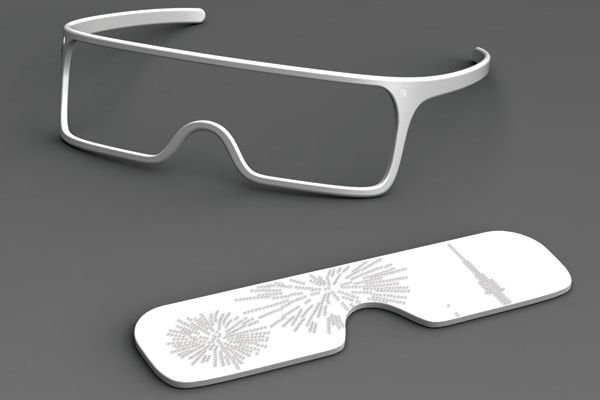 An amazing design from Kim Seung Woo and Lee Harim’s produces a tactile diagram of the surroundings for the visually impaired people. The Braille sight glasses produce an impression of the monuments and the buildings that blind people come across.

Walking through stairs or other uneven places becomes much easier for visually impaired with the help of this unique eye stick. It is a general walking stick that has a small sensor attached at one of its ends. The sensor produces sonic vibrations if there is anything wrong in the way and save blind people from potential accidents. 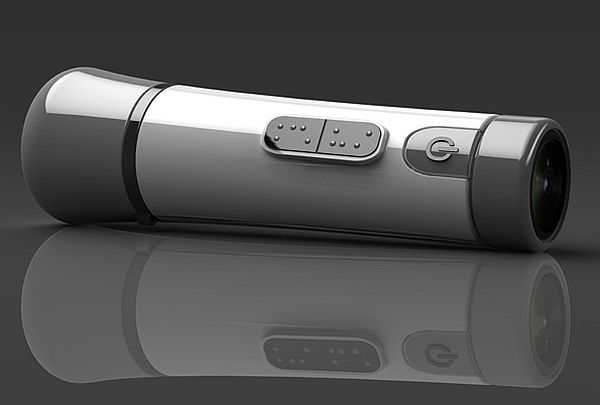 It is a mobility aid for the blind, designed by designer Kim Tae-Jin. It enables people to measure distance through light and ultrasonic waves. One plus point of eye stick is that no weather condition like fog, rain, or any other climate issue can affect its performance.

Visually challenged people mostly depend on their sense of touching and hearing for the purpose of learning. Here comes the importance of Tactile Flash Cards. They come with the name and the physical texture of the same substance imprinted on both sides, which offers immense help to these people in getting accustomed with new objects. 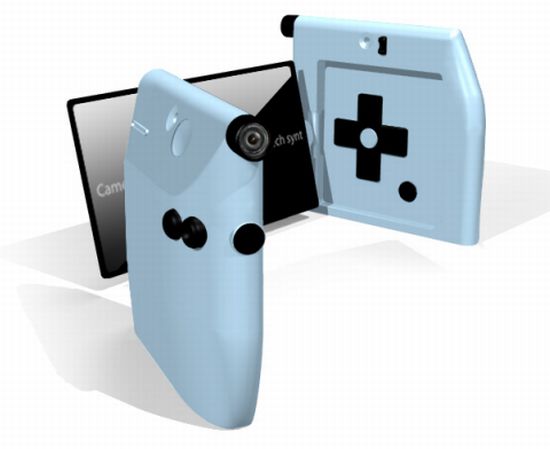 Visually impaired persons now do not need to carry heavy books with them as Braille E-Books are there to help them. The surface pattern of these slim, easy-to-handle and convenient books changes vigorously along with the application of electromagnetic signals. Hence, the practice of learning becomes extremely simple for the persons who are suffering from an eyesight loss.